Shark Tank India has brought an entrepreneurial spirit to India. Netizens have been addicted to the show, from Ashneer Grover’s doglapan comment to Namita Thapar’s rhetoric statement, “This is not my expertise, I am out”.

While many business ventures got publicity, investments or didactic instruction from the judges, what baffled the audience was Ashneer Grover’s brusque comments about the business ventures. He advised some entrepreneurs to leave their dhanda as it was not profitable; he criticised and advised the companies as a judge.

While many netizens have found these comments disrespectful, others have praised his straightforwardness as the right judgement. The two sides of the debate are analysed by our bloggers, without further ado let’s dive into it!

Was He Rude Unnecessarily?

Firstly the format of Shark Tank advocates the presentation of ideas in a limited time. If you have wit and a great stage presence along with profitable and innovative ideas, you will be alright. But what if someone stutters, someone brimmed with anxiety messes up the calculation and is constantly aware that they are being viewed by hundreds?

In the show, when a contestant digresses from the main point or is nervous like the Bummer guy, Ashneer Grover calls him out for practising doglapan. The contestants are under extreme pressure, they are also giving their best effort to strike a deal with the judges.

The brusque comments dissuade their whole life’s efforts; they are belittled and cornered. These contestants are subjected to market loss further, as many consumers will be influenced by the judge’s comments.

Many of the contestants have come from the margins, many have never had financial assistance and started afresh. In-person interviews are stressful, sometimes the interviewee cannot show their full potential. The business model might not be profitable, but the way a judge addresses the business venture impacts the mindset of the entrepreneur.

Healthy criticism is paramount for the growth of an individual, but Grover’s comments scream a supremacist attitude. Just because he has earned billions and is a business tycoon doesn’t give him the right to utterly bash the contestants. The contestants have also started from somewhere.

Ashneer Grover said to the founder of the fashion apparel brand, Twee In One, Niti Singhal, ‘Mere ghar me to tumhare kapde koi nahi pehenega’. He added, “Aap mummy ke sath baith ke lehenge bech loge toh do lakh ka bik jayega.” Indeed, the daily wear was not innovative and cost-friendly, but couldn’t have Grover advise her sensitively and insightfully?

A few days later, Niti’s designer clothes were worn by his wife and were later featured in Amul topical. The rejected Shark Tank deals have the potential to grow into large ventures. Not only the profit-oriented companies but the social welfare ones too.

Did He Give Rightful Judgement?

“Someone had to give the right judgement without sugar-coating, Ashneer Grover was that person.”

Real-life is harsh and cruel. You don’t have flowers at your feet or people waiting for you. No one waits for you, especially time. And as good as it sounds, being unsuccessful is frustrating. Working hard in the early fifties and not having much to lean on financially is emotionally and mentally stressing. To avoid it, people often burn the midnight oil during the early years of their life.

However, if these early years are lost without guidance, then it’ll be bad for one’s career. In most cases, this guidance is also coated with harsh words. It isn’t sugar-coated or paints the world for you in a rosy tint. It can break you but it helps you in the longer run.

Why would I say so? Because I’ve heard harsh things in my life that acted like negative motivation to me. 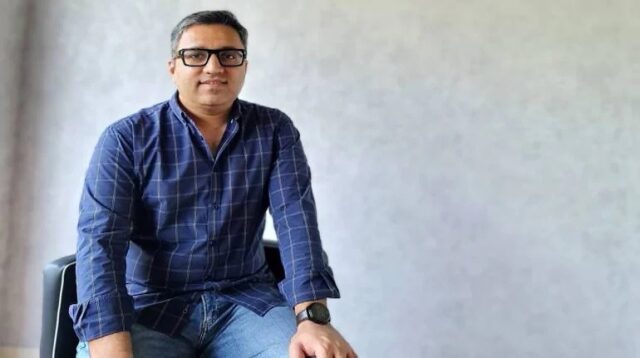 Now, coming to the point, Ashneer Grover, in my opinion, was genuine. Ashneer was giving the right advice to people and as rude as it may sound, someone had to say it. Sugarcoating things might make them sound better but doesn’t change the reality. And to be able to face the bitter reality, one has to have a strong heart. Harsh words make one’s heart strong.

Someone needs to give you a wake-up call and Ashneer was the right person for it. He spoke his mind out, which in fact was his experienced opinion. He helped the business owners with his bitter words and one day, I believe that they will understand it.

Comment below which side you are on about the debate.

This Judge Was Everyone’s Favourite On Shark Tank India