Adult content and entertainment are often associated with vulgarity. Thus with tremendous efforts, it is put away from children so that they stay pure with only noble thoughts.

But is this the only way to teach a child about morality? Kids can’t learn the “right” without knowing the “wrong” too, right?

Therefore, we face a question – Is it healthy to expose adult content to children at a very young age? 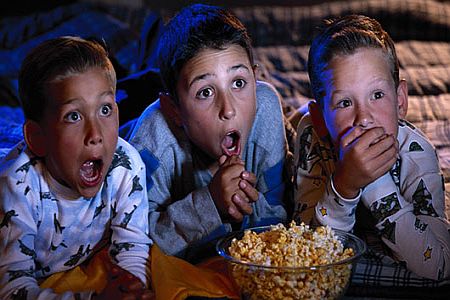 Vidya’s Views: It Only Makes Perfect Sense To Let Children Understand It As What It Is

Sex, nudity, violence, and gore – are all a part and parcel of life. If they are not going to be involved in it, they may surely see a friend, neighbor, sibling, or cousin be involved in it one way or the other.

It Is Impossible To Guard Their “Innocence”

How long is your child going to be under your supervision? At some point, they are going to witness it- either through an unchecked movie, or even in the streets. Like it or not, they are everywhere. The reality is brutal.

Also, how much ever we would like to deny it, teen infatuation and hormonal anger-management issues erupt in a child even without them being aware of it. You wouldn’t want them to take the wrong route in dealing with it, would you? Better safe sex and a controlled-mind than teen pregnancy and violence. Better safe than sorry.

Whenever the word “normalizing” comes up, especially in these terms, it is often mistaken with “promoting”. While certain adult content glorifies their theme vulgarly, many of them do show real life. By making kids be aware of such a world out there, they will eventually learn the right and wrong with proper parenting.

By not being exposed to these in a proper way, kids will eventually learn about this through potentially dangerous routes. Also, the “rebel” factor dies when the surrounding adults teach about it in the first place. 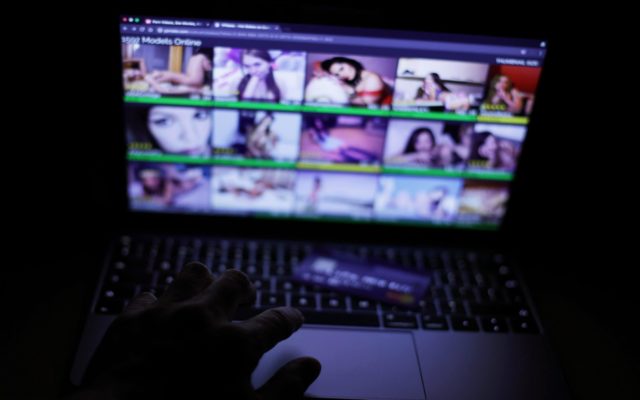 By learning anti-social events like rape and harassment through entertainment, real-time exposure to these directly or indirectly would reduce trauma/shock caused by the dramatic change of events.

Also Read: FlippED: Cheating On Someone Physically Or Emotionally- What Do You Think Is Worse?

Yameena’s Views: Exposing Adult Content To Young Children From A Very Young Age Is Not Healthy At All And Does More Harm Than Good

How Does The Brain Of Young Children Work?

Children around the age of 7, 8, 9 have a tender brain and major personality development takes place around that time. Young children’s brain is like an empty vessel that takes in whatever is poured. They do not have the ability to differentiate between what’s right or wrong, ethical or unethical.

Schooling is considered an integral part of children’s life because that place imparts them with the right knowledge and educate them in a way that shapes them into the person they are to become in future. Thus, they are taught moral values, virtues and all the good things so that they become a good human being while growing up.

Why Is It Not Okay To Expose Adult Content To Young Children?

Adult content is itself considered inappropriate for young children for a myriad of reasons which are all justified in their true sense. Adult content that includes sex, pornography, explicit graphics, violence etc, can be easily misunderstood by young children.

Since children learn from what they see or hear; adult content will expose them to a complete different side of the world which is too complicated to be adapted by them at such an early age. It is vital to keep such things away from children so that we can protect them from the harms of it that includes adultery, crime, unacceptable language, poor mental health, etc. 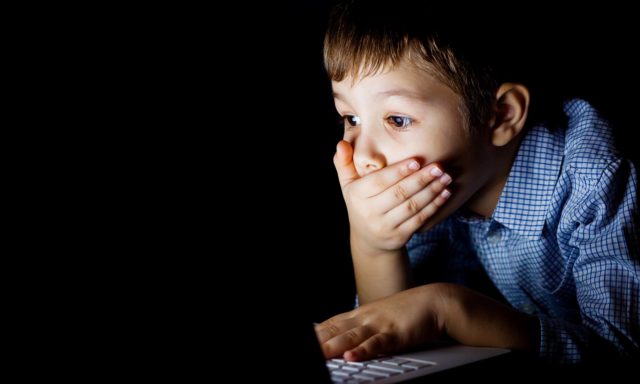 Exposure of adult content without a proper direction may alter the belief system of a growing kid and induce in them such unrealistic sexual expectations as shown on the internet. This might become a problem in the future or even in the present as it might tempt a naïve kid to experiment out the things seen without being well informed about it.

Media messages normalize early sexual experimentation and portray sex as casual, unprotected and consequence-free, encouraging sexual activity long before children are emotionally, socially or intellectually ready. Sometimes, it can also come off as an addiction and greatly affect the personal and professional relationship on an individual.

It is to be noted that not every child who is exposed to sexual content will struggle with a mental health disorder, but research shows that early exposure to adult content is a risk factor for sex addictions and other intimacy disorders.

Thus, it is advisable to abstain your children from adult content as much as possible and ‘educate’ them on the same when their brain is developed enough align their sexuality in a way that’s morally acceptable and realistic. Moreover, the goal isn’t to avoid the issue but to take an informed approach towards it so that the child can learn about sex and relationships from a reliable source.

Kerala Government To Open ‘Safe Homes’ For Inter-Caste Couples: A Big Win In The Name Of Love

Mrs. Minu Kalita Pursues Her Dream of Becoming a Teacher after Graduating With a...

Reviews Brand Voice - June 30, 2022
Defying conventional norms, she graduated from MIT World Peace University as the Top Ranked with Scholarship While one would find a plethora of people preaching...