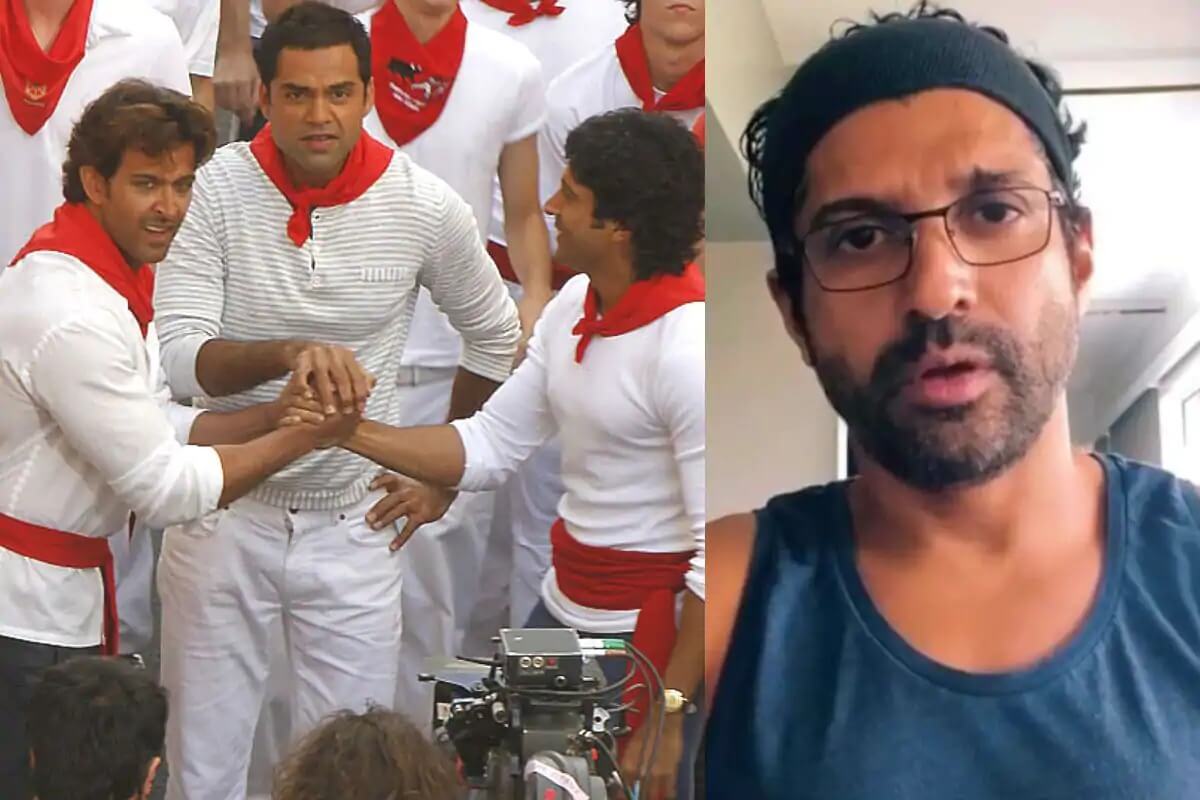 The Bollywood industry has been in turmoil for quite some time now. First, the coronavirus pandemic essentially shut down the industry, leading to many projects being postponed or indefinitely delayed.

Then the tragic death of actor Sushant Singh Rajput started a much needed conversation in the film sector about mental health, power monopoly and lobbying and how harmful it can be on those trying to break into it.

Many actors came forward to give their comment on how change needs to be made in the industry and it needs to be a bit more accomodating and ethical in its dealings.

Abhay Deol also made a post about a seeming snub he felt after the release of the 2011 film Zindagi Na Milegi Dobara.

Now, at a recent media event actor and director Farhan Akhtar has given a response to his words.

What Did Farhan Akhtar Say?

Farhan Akhtar recently gave an interview to India Today as part of the Inspiration Series for their e-Conclave, an online version of the annual conclave.

In the interview, had made a long comment on how validation should not be given importance to. He also stressed that the art of it like acting, directing, singing, etc is more important than material things like magazine cover or awards.

India Today had directly asked him about going on Koffee with Karan and such were benchmarks of success in the industry and how Abhay Deol had also posted about how his and Farhan’s characters were called supporting actors while Hrithik Roshan was made the lead.

In his full statement, he said,

That will make you who you are? That will decide whether you are successful. If somebody who is a contemporary of yours, firstly this rivalry is something created by whom?

I mean when we meet each other, we meet absolutely warmly and as friendly as possible, but you’re constantly hearing about some rat race and everybody is fighting each other to some kind of spot which does not exist.

Have you come here to be a just. I don’t know a star?”

He also added, “I feel that’s a very personal thing. If in your personality you are constantly seeking validation for things, you will, there is no eventuality possible but disappointment. You may have a wonderful time for a while, but eventually, you will be disappointed, because it is not possible to keep getting validation from other people.”

In an Instagram post, Abhay Deol had talked about how at award shows he and Farhan Akhtar were demoted to ‘supporting actors’ for ZNMD while Hrithik Roshan and Katrina Kaif were considered to be the ‘actors in a leading role’.

While I do agree with Akhtar’s statement that validation should never be a benchmark of success and no one should put their value on it, at the same his words do seem to be coming from a place of privilege.

He acted as Assistant Director to the 1991 Lamhe movie that came from the Yash Raj production house. Then his very first movie as a director had some pretty big names like Aamir Khan, Saif Ali Khan, Akshay Khanna, Preity Zinta, Dimple Kapadia, and more.

So one cannot ignore that his background and industry connections definitely allowed him a privilege to properly showcase his talents and not really have that many obstacles.

Not saying in any way that Akhtar is not talented in his own right, he surely is, but at the same time, I’m wondering how many other newbie directors can boast of such a cast for their very first film.

In that case, a person who is an outsider in an industry that tends to favour its insiders, and I don’t even necessarily mean star-kids, validation can mean a lot.

Especially if they have worked tirelessly with no guarantee as such that their talents would ever be recognised or accepted by the powerful people of Bollywood.

Another thing that irked me about this interview is how the general media is completely disregarding his other words and making it out to be a comeback to Abhay Deol’s post.

Most of the reports are about how Akhtar replied back to Abhay Deol and focusing on that instead of his words and what they meant.

Bollywood Will Be Facing These Issues While Making Films Now