HomeEntertainmentFanney Khan Stands Against Body-Shaming, Is It The Complete Reality?
EntertainmentMovies

Fanney Khan Stands Against Body-Shaming, Is It The Complete Reality?

FRIDAY or FRIYAY-  That day of the week again when our favourite Bollywood stars try to prove themselves at the Box Office.

And this time it is a medley of talent, beauty and age with Fanney Khan in theatres.

Fanney Khan is inspired by the 2002 Belgian film, Everybody’s Famous.

The storyline of Fanney Khan:

With a dream in his eyes and a tune in his heart, Anil Kapoor plays the role of the father of a teenaged girl who has musical inspirations, while Aishwarya Rai plays the role of a beautiful and successful singer with Rajkummar Rao essaying the role of her love interest.

Lata, the daughter of Fanney (Anil Kapoor) constantly fails in making an impact in the music industry and is booed upon due to her weight.

Out of desperation, Fanney kidnaps Aish intimidating and asking to provide her daughter with a chance in the field of music.

The film, thus, focuses on a very important issue of Body-Shaming!

The definition of body-shaming is the practice of making critical, potentially humiliating comments about a person’s body size or weight.

An example of body-shaming is telling someone that they are “too fat.” Judging someone negatively on their physical appearance is nothing but bullying, and would definitely applaud Fanney Khan’s team in bringing such an important issue in the limelight with such a wonderful storyline. Kudos!

However, Fanney Khan is not wholly true. There are certain realities that pose a different argument.

In contrast with the Indian TV reality shows:

While the film discusses how a good singer is not able to make it great in Bollywood just because of being ‘fat’ and ‘overweight’, we can find many examples in the industry who made it big purely on their talent.

The first name which strikes me here is a very famous comedian who has been entertaining us for almost a decade now with her antics and brilliant comic timing -Bharti Singh.

The Indian TV reality show, The Laughter’s Challenge, provided her with a platform to showcase her talent. While she too is, to put into that word, fat, but she is today much more successful than many comedians who perhaps pass the criterion of a good physical appearance.

Also Read: Why Is SRK’s Daughter Suhana Khan On Vogue’s Cover, Just Because Of Nepotism?

Another example is that of a very talented and famous dancer- Geeta, who perhaps amazed us with her brilliant dance moves in Kuch Kuch Hota Hai.

She is another example of how talent wins over physical appearance.

While we have focused on the females, males are also not behind.

Varun Sharma, the man who made a place within our hearts through Fukrey’s Chucha may not have that 6-pack perfect body, but he too is successful today than many actors struggling to make it big. All thanks to his epic comic timing and talent! Bollywood has many such examples where people made it big purely based on their talent.

The road may be a bit long and difficult, but we can, certainly, not deny that it does exist. The examples cited here prove that a person’s body type does not become his identity.

Holding on to one’s assets and embracing oneself fuel the journey through this road is something which could definitely work. However, people have their own ways of dealing with body-shaming.

While some people may come out of the same, others remain stuck in the cobweb of sadness and depression.

There are people who let body shaming affect their peace of mind to such an extent that they forget all about their pros and thus, fail to showcase their best versions to the world!

Hardly, any day passes when we don’t hear or read reports in newspapers about students being bullied or harassed in school due to different physical appearances.

Sadly, this lessens their confidence and obliterates the talent that could have changed their lives.

Therefore, entirely blaming Bollywood for body shaming may not be right. We all are somehow, attached, related and responsible for the same.

Though, we would still like to praise how brilliantly Fanney Khan has succeeded in bringing this much-ignored issue in the limelight vis-a-vis ringing our emotional chords.

If you are also planning to watch Fanney Khan anytime soon, do comment your opinions and reviews of the film.

Top Netflix Series Of All Time

Facebook
Twitter
Pinterest
WhatsApp
Previous articleIn Pics: Tata Nano Produced Only 1 Car In June – Ratan Tata’s Pet Project Closes Down
Next articleGovt. To Get A Plan That Will Cut Petrol Prices By 10% 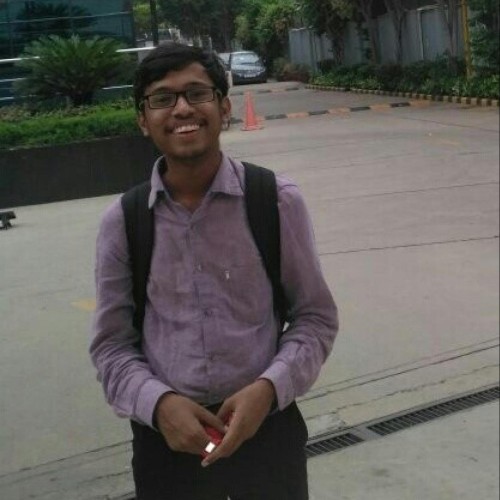 Jayant Singhalhttp://edtimes.in
More than just the typical nerd every class has.