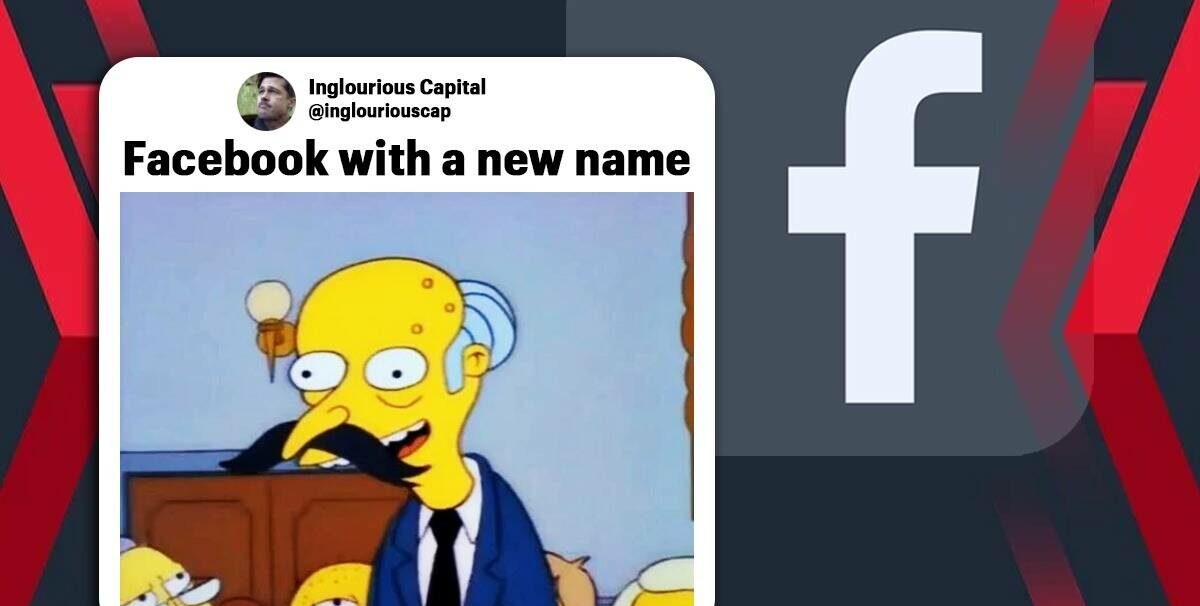 Facebook is planning to change its name and the internet just cannot keep calm!!!

Yes, this is actually happening. This social media platform, amid all its intense scrutiny over its business practices, is planning to rebrand the company with a whole new name that focuses completely on the metaverse.

Mark Zuckerberg, the Chief Executive Officer, is expected to announce the company’s new name by next week at a Connect conference on October 28th.

The website stated that the rebranding would position Facebook’s social media app as one of many products under a parent company, the application and service may remain unchanged, just the parent company will be rebranded.

It will also oversee groups like Instagram, WhatsApp, Oculus, and more. The so-called metaverse is an online world where individuals can come together on different devices to move and communicate in a virtual environment.

Facebook invested heavily in Virtual Reality (VR) and Augmented Reality (AR) with intentions to connect over three billion users through several devices and apps. They can interact using digital avatars.

Also Read: Several Millennials Are Choosing To Ditch Facebook: Why?

The company also announced that it will create 10,000 job opportunities in the European Union, within the span of the next five years to help in the building of the metaverse. Zuckerberg has been talking up the metaverse in July and creating a buzz for it.

Facebook changing its name was news enough to start a meme fest. Twitter was filled with jokes of people guessing and giving hilarious suggestions on what the new app could be called. Here are the best responses: 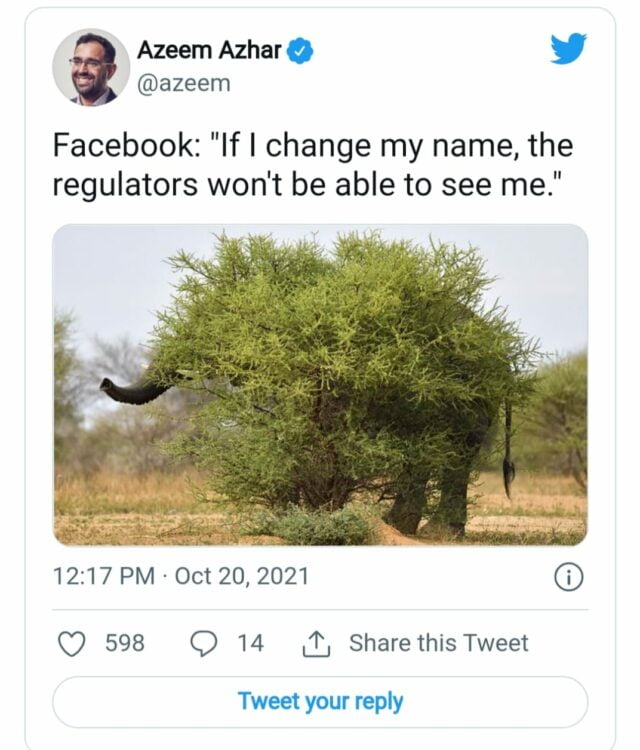 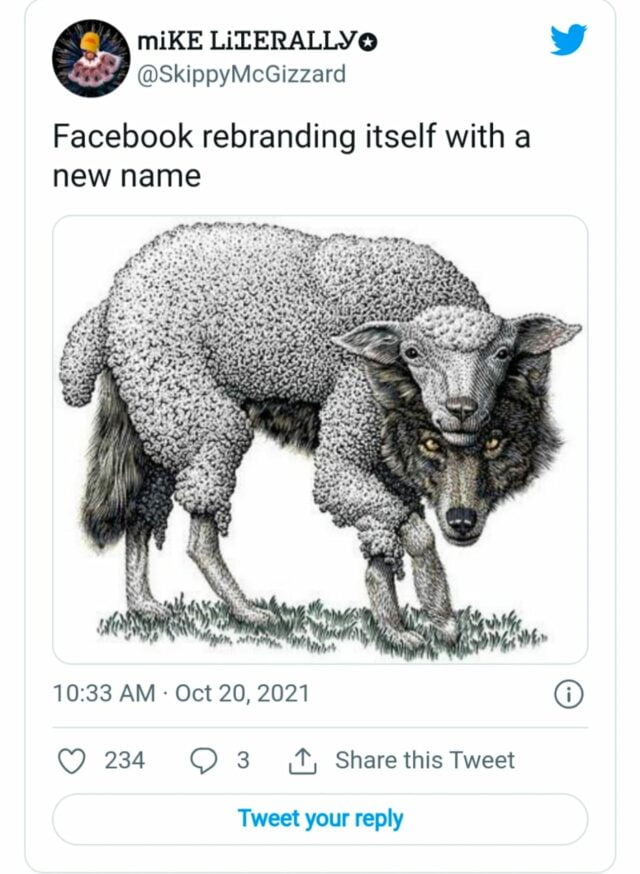 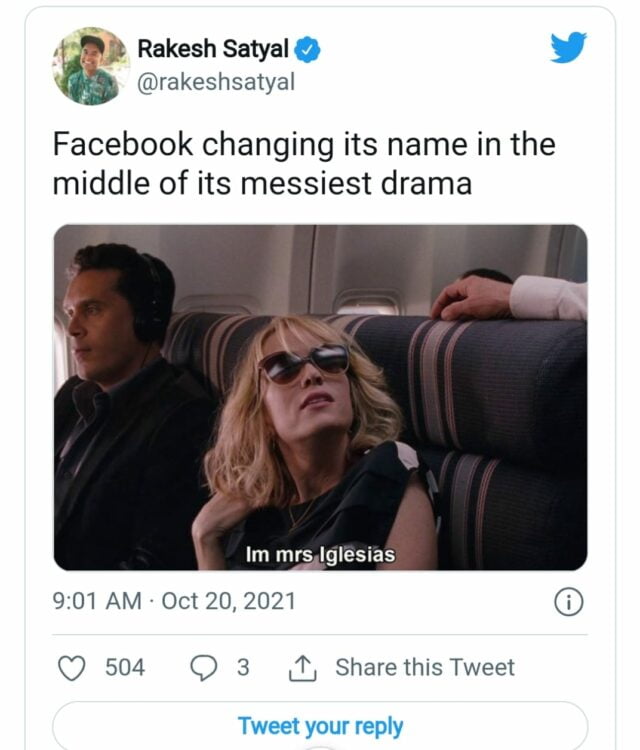 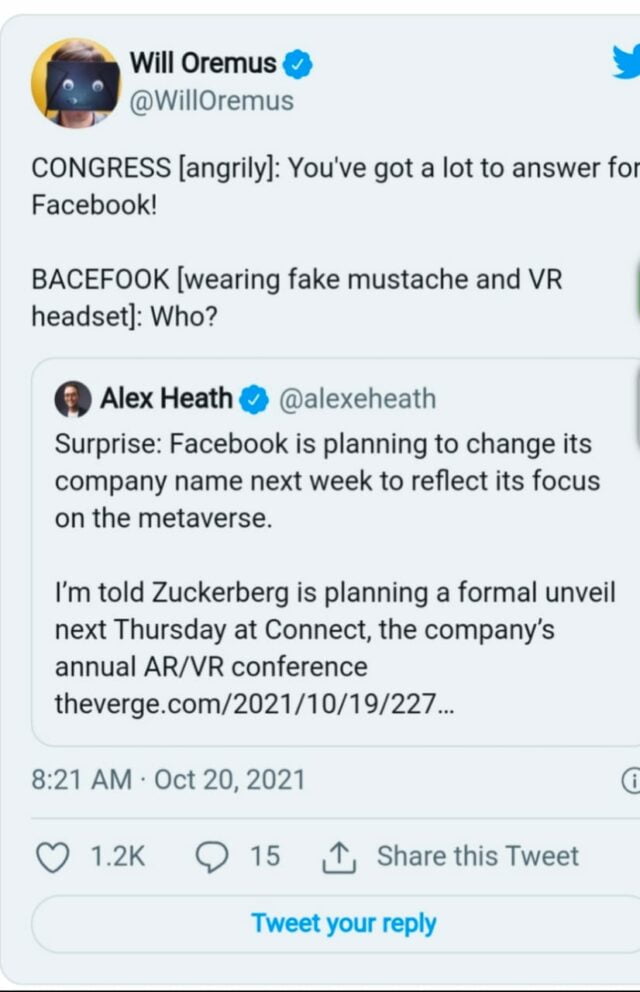 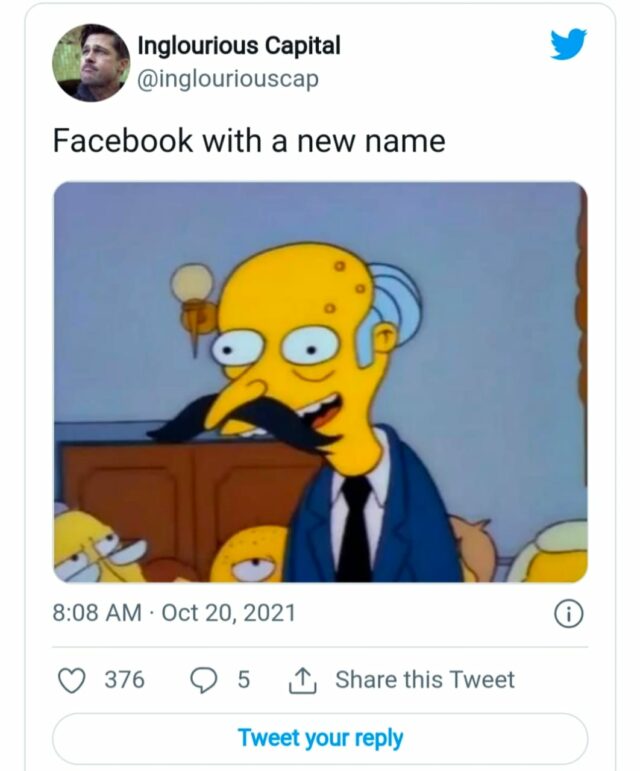 Netizens couldn’t help but come up with their own names for the app. 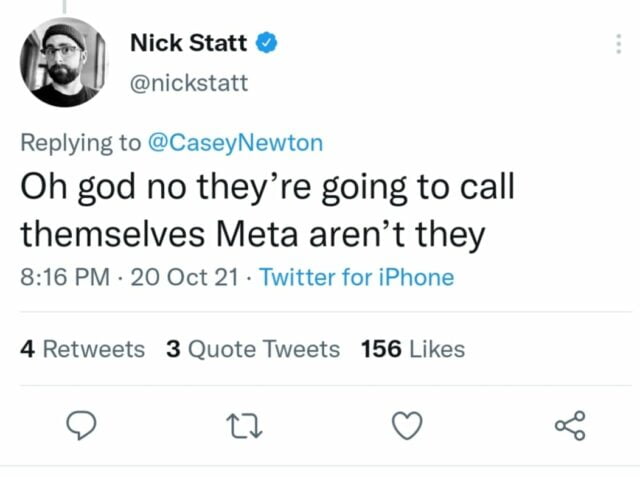 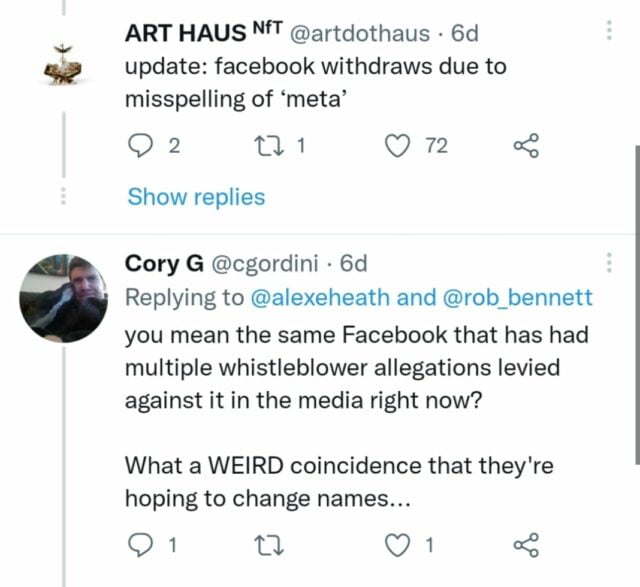 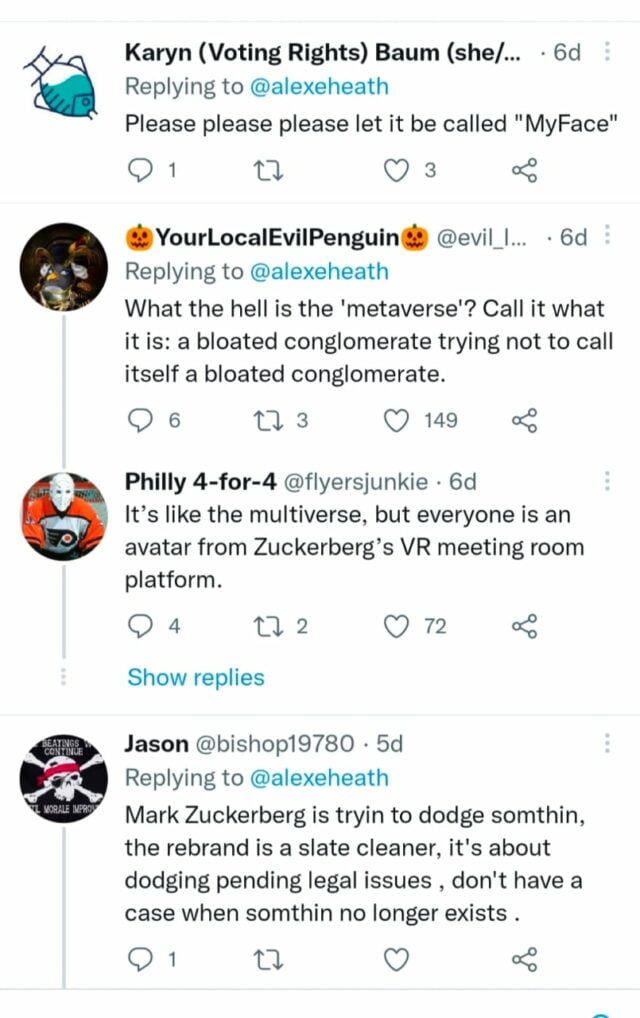 These guys just went all in. 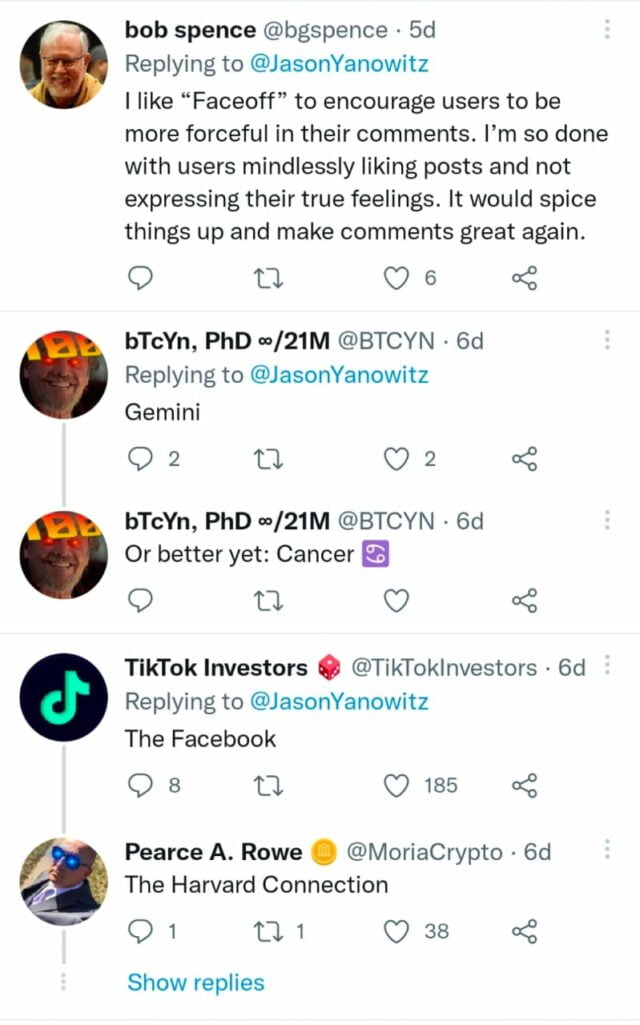 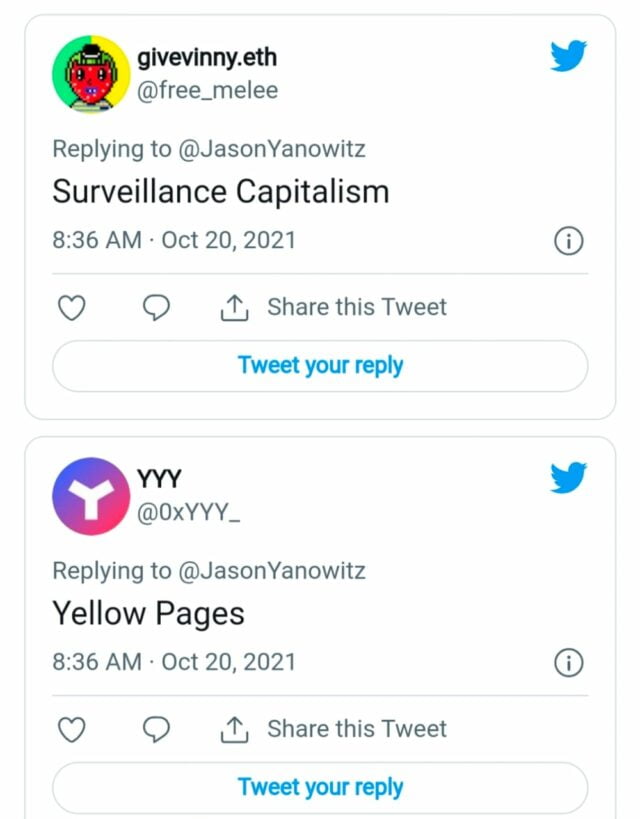 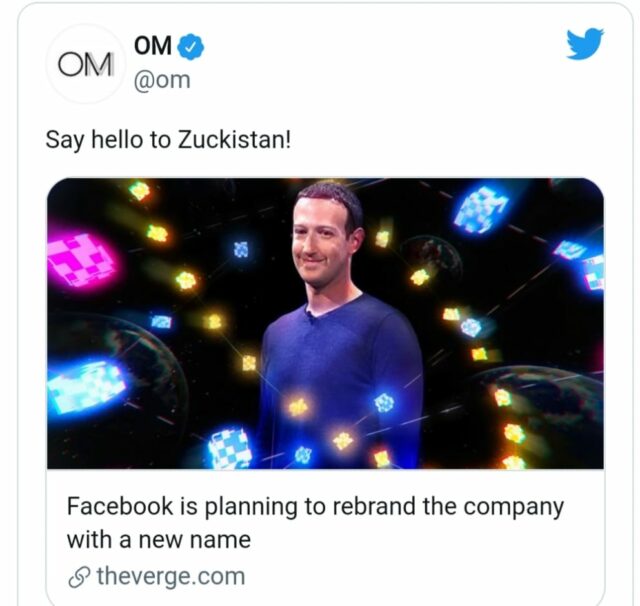 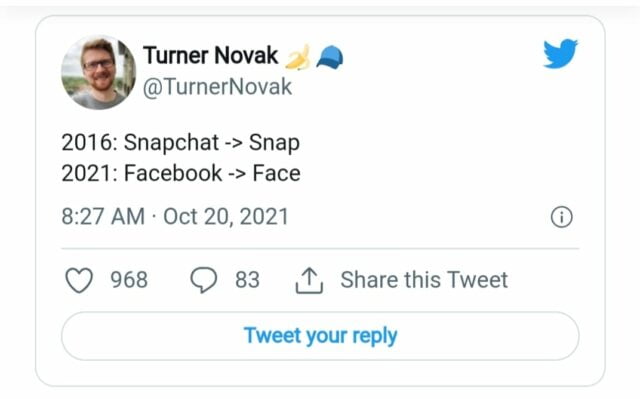 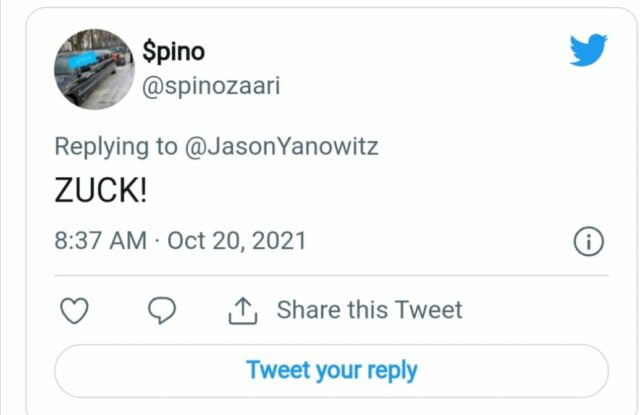 Many users joked that the company would go back to “The Facebook” again as it was before the platform famously dropped “the.” 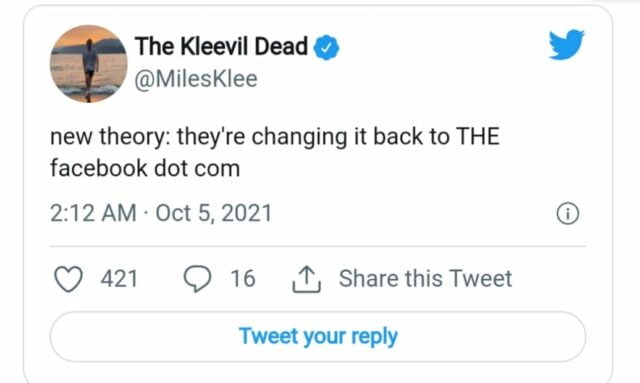 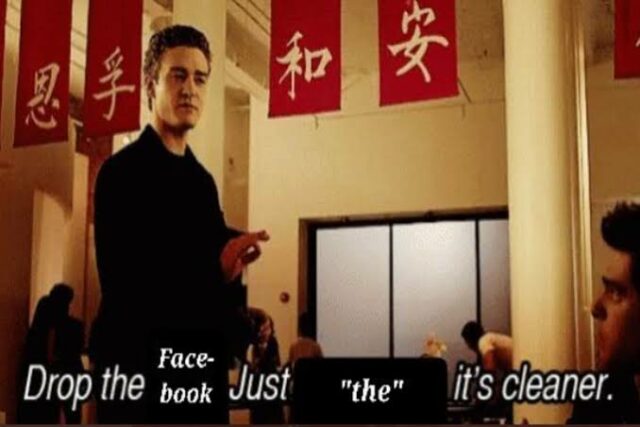 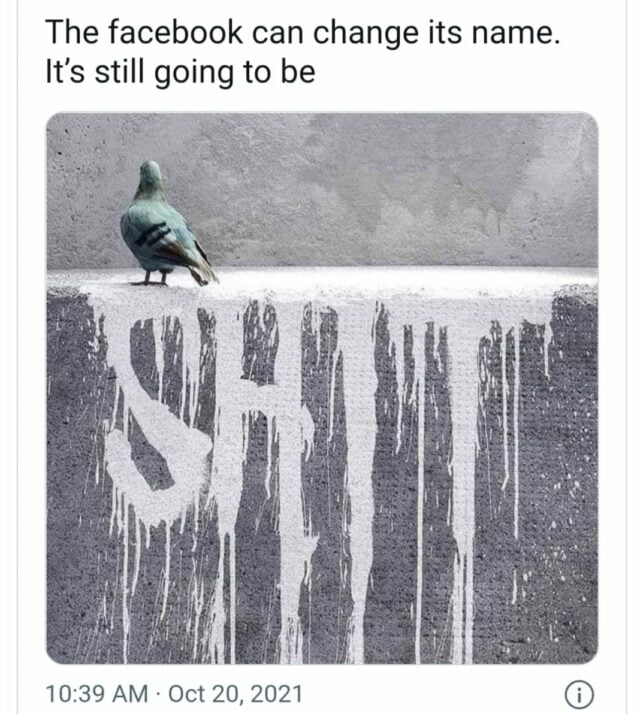 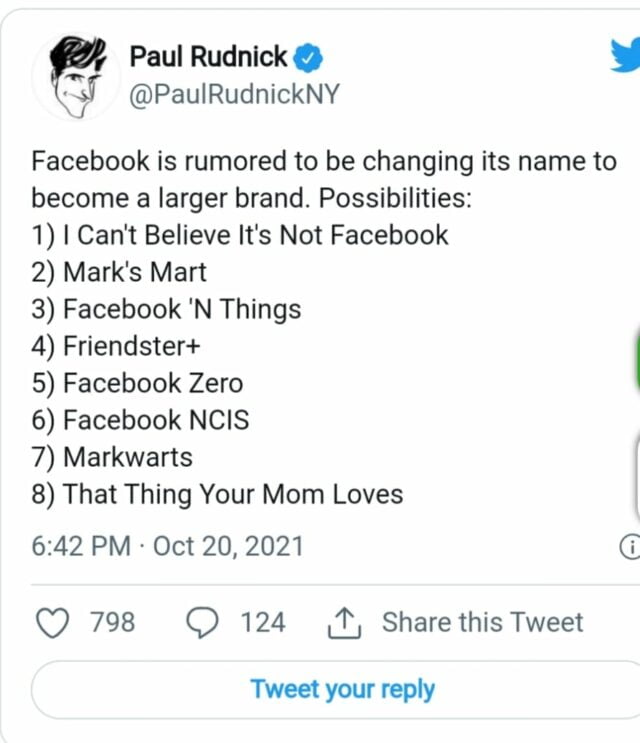 There is going to be another round of hilarious memes once Facebook finalizes its name. Internet is a funny place and I love it!!!!

Finance Chirali Sharma - November 22, 2021
The bitcoin and cryptocurrency craze doesn't seem to be going anywhere anytime soon. What was once just thought of as a trend, that would...