The OTT and media platform Eros Now, which is owned by Eros Digital, the digital media management arm of Eros International plc, ignited a spark of controversy on social media after posting supposedly vulgar memes on Navratri.

The memes that featured Bollywood actors like Salman Khan, Katrina Kaif, Ranveer Singh, etc. did not go down well with the Twitterati, and in absolutely no time, #BoycottErosNow was trending on Twitter.

The memes shared by Eros Now were comprised of stills from the movies like Ramleela, Prem Ratan Dhan Payo, De Dana Dan, etc. with apparently offensive dialogues written on them. 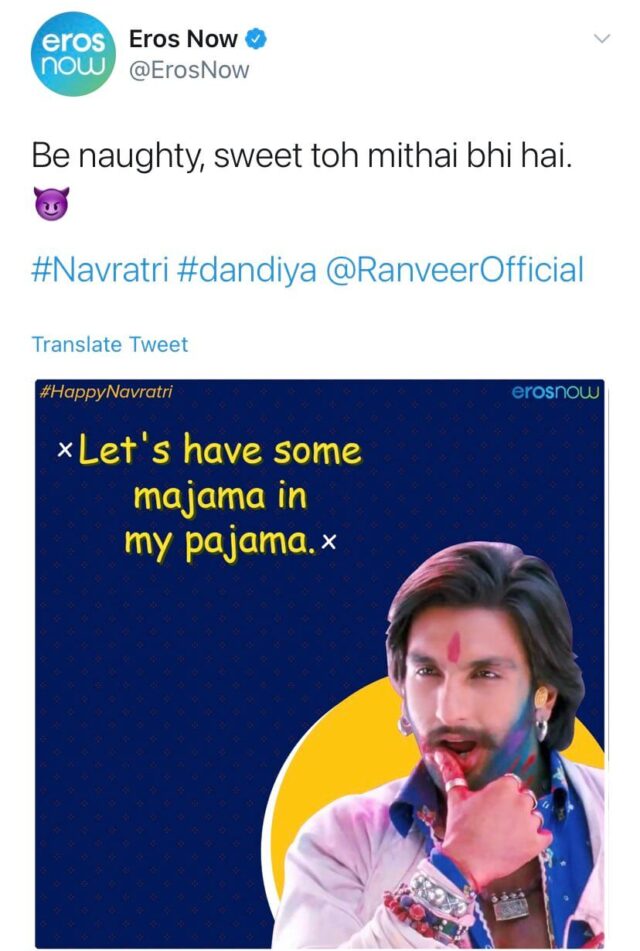 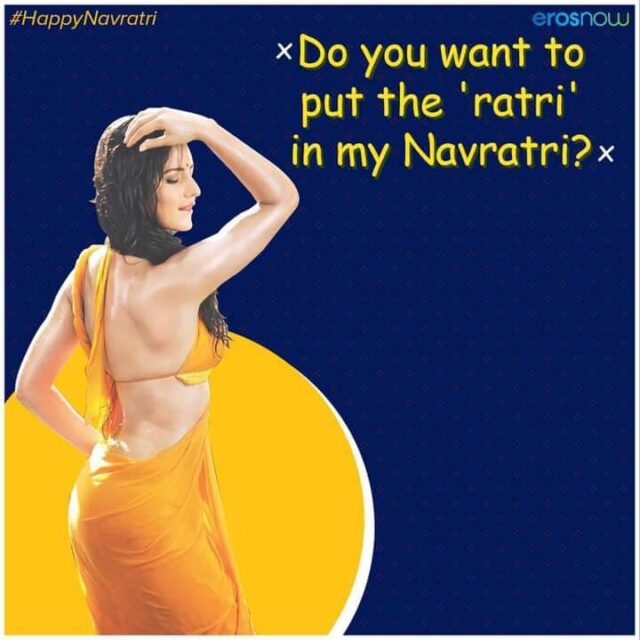 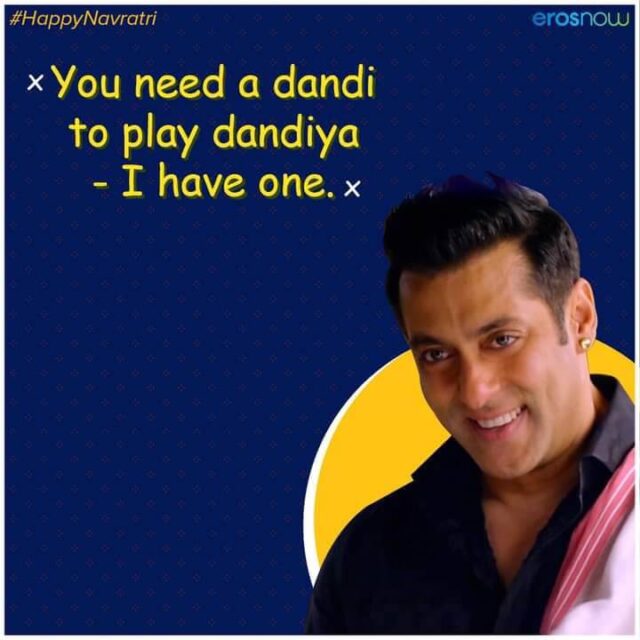 Also Read: In Pics: Check Out These Problematic Scenes And Dialogues In DDLJ On Its 25th Anniversary

Several people bashed the media platform in their tweets. 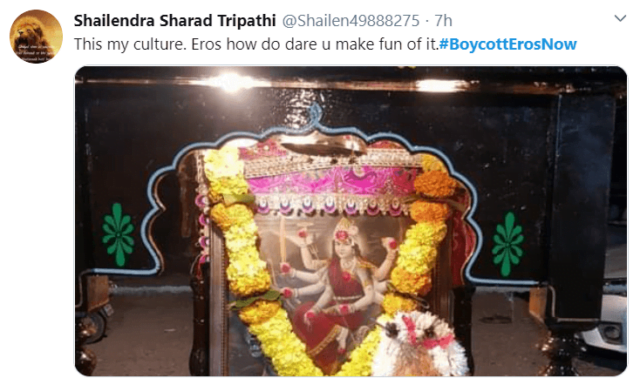 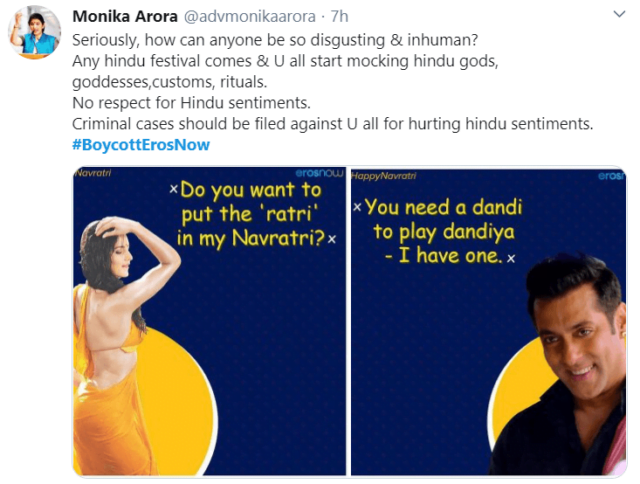 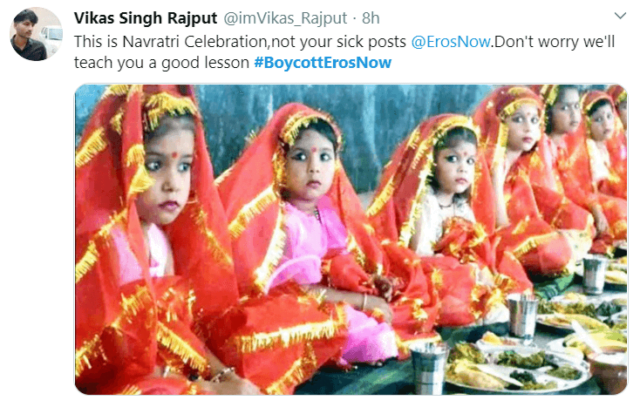 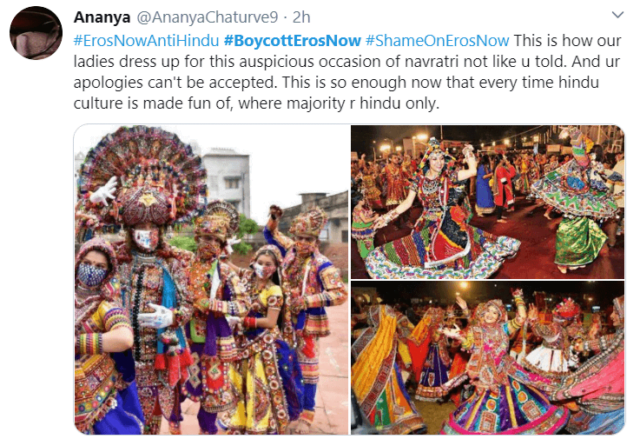 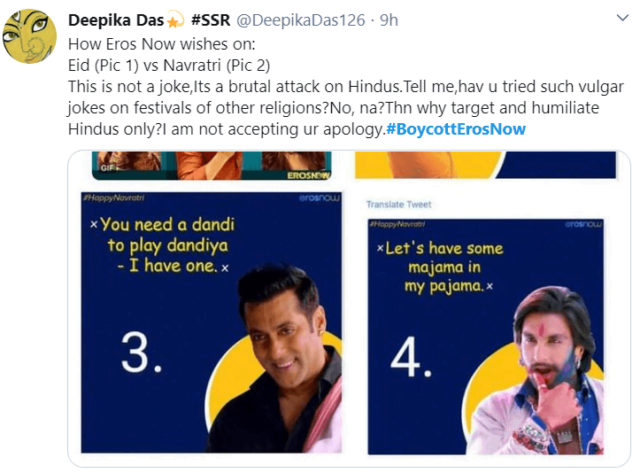 The media platform had to bear blames of being Hinduphobic as well. Among those who were criticising was Kangana Ranaut, who blamed the platform of presenting sexual content. 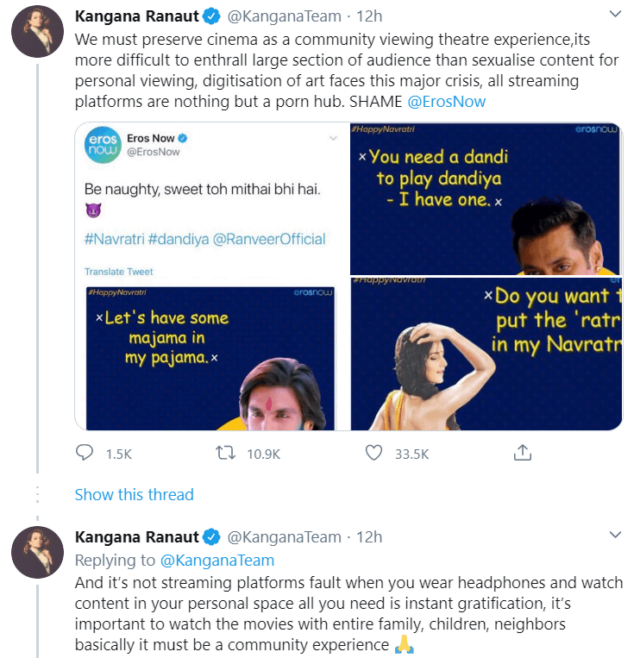 Apart from bearing the brunt of tweets, Eros Now also got some cyber complaints filed against it by political personalities like Suresh Nakhua, a spokesperson of BJP, Mumbai, and some others. 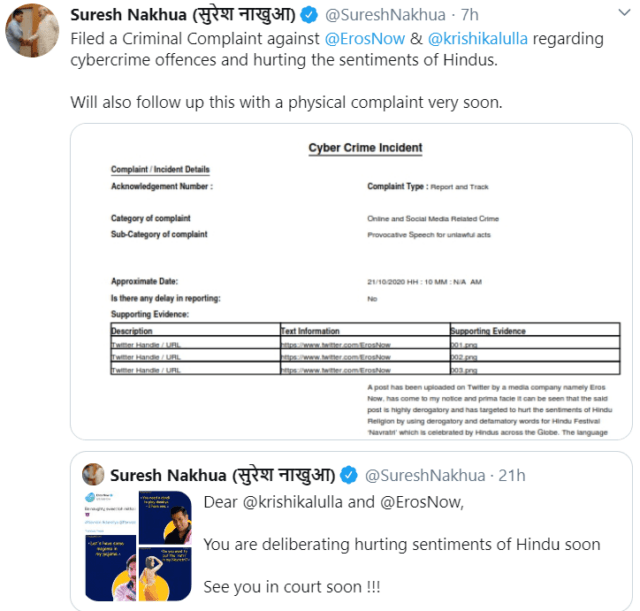 Confronting the constant slamming, Eros Now took off the controversial memes from their account. Also, an apology was issued in a bid to pacify the angered group of slammers. 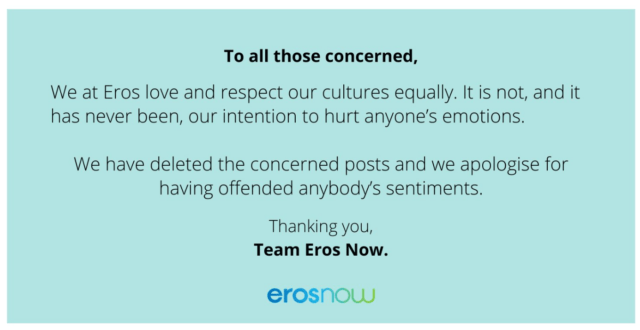