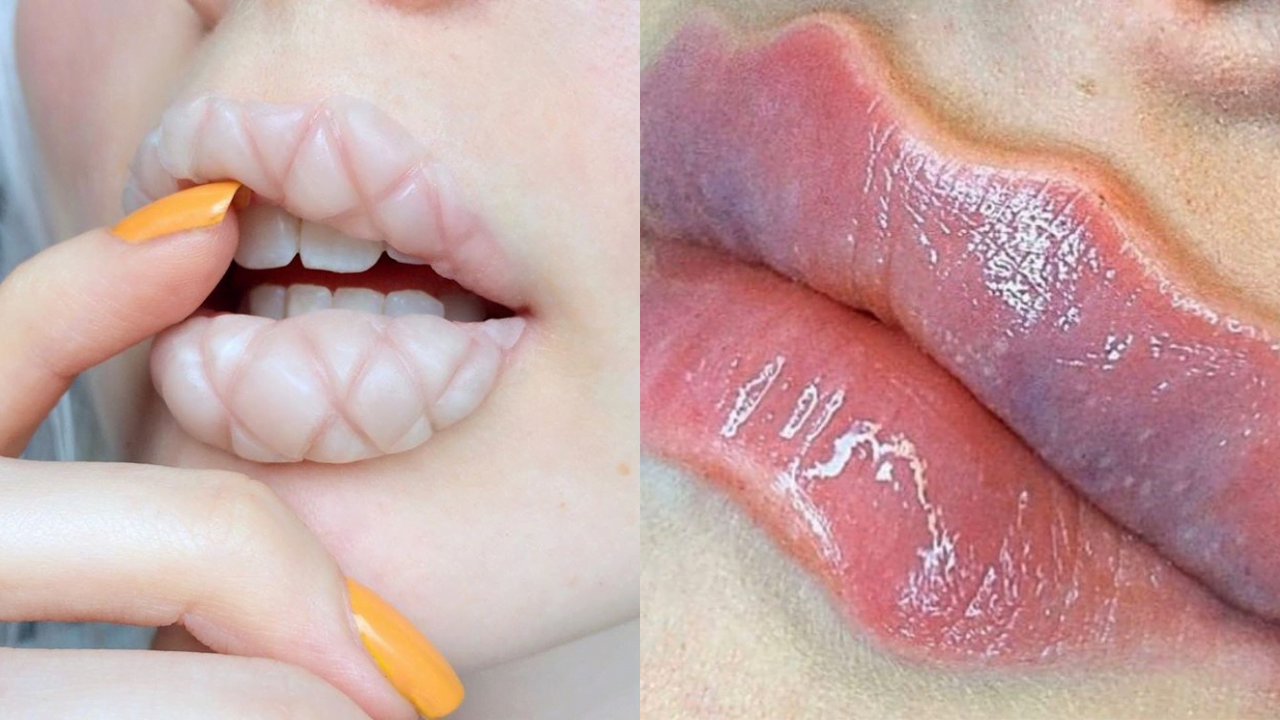 Lockdown has witnessed an increasing number of trends on social media. People have been stuck at home, thus pushing them to express their creative side to its absolute best.

While some trends of this sort have been ridiculously wonderful, there are others that have proved to be uncomfortably weird.

People seem to have perpetually taken to memes across social media to express how unhappy they have been about the year – the majority having agreed on the fact that this year stands cancelled.

Amidst all the theatrics, we saw a recent post by a make-up influencing page on Instagram that seems to have left their followers pretty shook. They put up a new lip designing trick called – ‘Quilted Lips’.

What Are Quilted Lips?

Rest assured, the design is as weird as it actually sounds. The design featured a translucent shade along with ridges that helped the quilted look pop out. Overall, the lip hack looked highly unsettling and was even labelled to be slightly gross.

The comments section of this post, however, proved to be highly entertaining. People seem to have made bizarre comparisons to this lip hack.

There have been enough debates as to how this look has been achieved, the best reply being by “kissing a hot grill”. 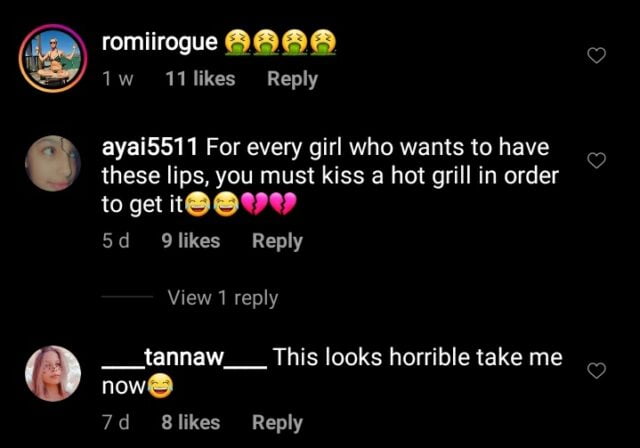 While some have shown concern regarding whether the lips of the person were actually carved out, others were of the opinion that they might have used wax for it. Either way, they have all expressed their respect towards the model for her guts to have pulled this look off in the first place.

The other common comparison was to raw fish, including calamari and salmon. One of them even said that this tempted them to peel the skin right off the lips!

People even added that these lips look like diseased ones, probably belonging to a person who has contracted herpes. 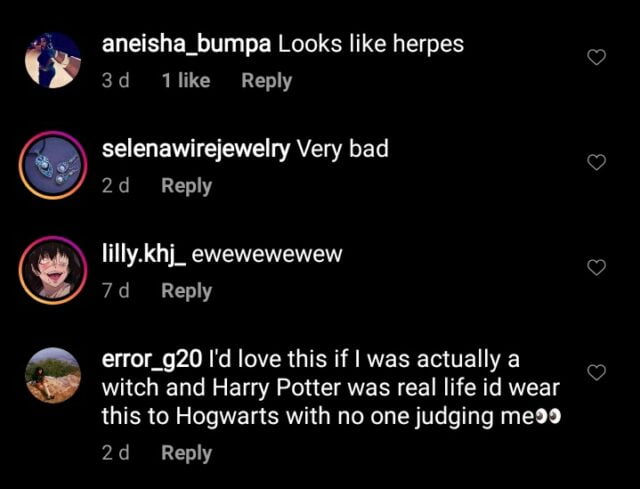 Another intriguing idea was to wear this to Hogwarts as that is probably the only place where there won’t be any judgements passed, instead, this would even be considered cool.

Last year, there was another lip trend that had come up called the ‘Devil’s Lips’ or the ‘Octopus Lips’. It had caused quite a buzz as people started following the trend and featuring this look.

So I’m getting a few tags with this new lip trend. It doesn’t exist .. it’s photoshop.. here’s one I’ve just done myself on a picture of a set of lips I’ve done .. next to the original 🤣🤣🤣 case closed 👏👏👏 #newliptrend #octopuslips #photoshopped #russianlips

A post shared by FMC AESTHETICS LIVERPOOL (@fmc.aestheticsliverpool) on Dec 5, 2019 at 2:29am PST

This Russian trend really took off well with its uniquely undulating lip design. Filling one’s lips has been a trend for a while now – one which has been evolving with various looks being created over the years.

Quite a quirky look for the season – 2020 has indeed been full of too many surprises. Gross or otherwise, that’s up to you, how you choose to pull it off!