College is for studying not for shouting slogans. Naarebaaji band karo.

This is the reaction most middle-class Indian parents have when they hear about student protests.

They strongly believe that by protesting their children are wasting precious time that they should spend on studying. They think that by joining protests their children are squandering their hard-earned money. I have even heard the word ‘unconstitutional’ used for protests.

My father also keeps lecturing me about protests and how they are just distractions. He has strictly warned my sister to not take part in any protests which are happening in Delhi and to go straight back to her hostel.

Others just think that it is a way for bored students to pass time as they have nothing better to do.

This negative opinion about protests is due to their narrow definition of education. Most people think that education consists of getting a high score by cramming up everything from textbooks. Practising the theories and concepts taught through these textbooks is an alien notion for them.

Education is much bigger than classrooms and student protests are an example of it.

One cannot undermine the contribution and impact that the students have had on several popular protests.

Active participation by students is one of the reasons why Hong Kong protests gained attention from people across the globe.

Skolstrejk för klimatet or school strike for Climate was in news throughout the year 2019 because of students and their determination to fight for their future and safeguard a sustainable environment for the coming generations.

Yet, people still consider Greta Thunberg an angry teenager who just wants to ditch school and wave off all the concerns raised by her on the issue of climate change.

Parents and teachers often advise students to be responsible and behave like mature adults. However, they change their tune when the students don’t share the same opinion as them. Then they take the position that politics and protests are for adults, and that students are too young to understand these complicated things.

So, to get a better idea of what is people’s stance on student protests we decided to ask people their opinion on students participating in political protests. 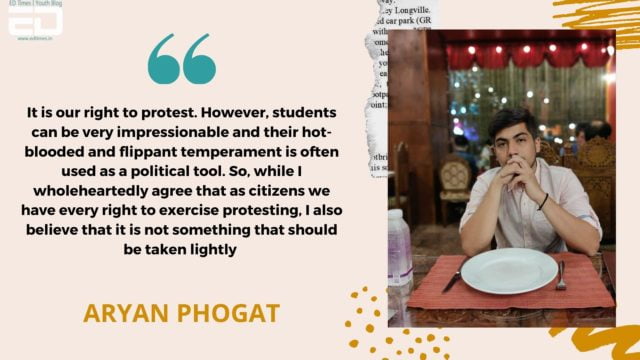 Asking students not to protest is taking away one of their fundamental rights. I also agree that students shouldn’t be so easily influenced. You shouldn’t participate in protests because it is the trending thing to do and it is a hot topic to preach about. 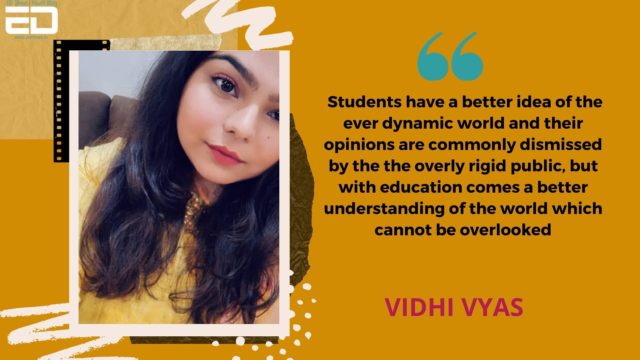 With education comes enlightenment and it becomes impossible for people to sit quietly if they believe that something unjust or unethical is happening around them.

Also Read: As A Delhi Student, Here’s What I Think Of The Jamia Millia Islamia Protest Against The Amended Citizenship Act In The Capital 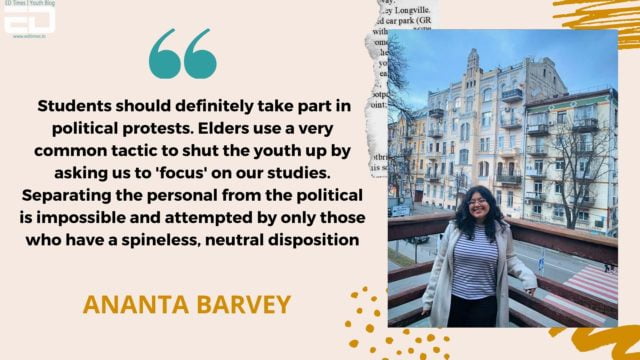 Every political decision impacts the citizen of that country directly or indirectly. Knowing this, it is hard to stay apolitical when the situations keep turning more chaotic and violent. 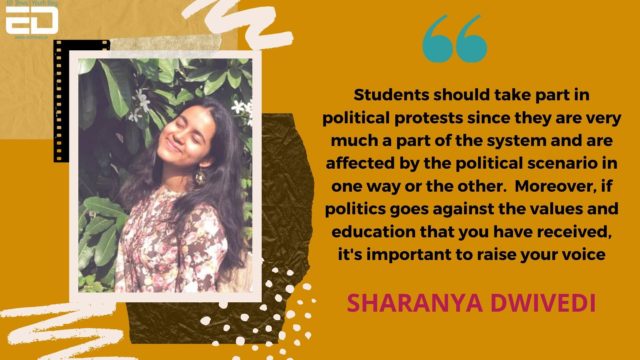 Remember the memorable poem ‘First They Came’ by Martin Niemöller about the purging of communists, socialists, and Jews by the Nazis and how the intellectuals stayed silent on the atrocities committed by the Third Reich? In the end, there was no one left to speak when the Nazis came for them. The poem warns you about how harmful staying silent can be.

Staying silent indicates that you don’t have a problem with a certain issue or don’t care about people’s suffering. Students don’t want the guilt of not saying anything at the right time to eat them alive, that’s why they raise their voice.

You can debate whether their stance is justified or not but you cannot deny them their right to freedom of expression. Disagreeing with their opinion is okay but asking them to shut up about politics and just concentrate on their studies (Padho Likho Jisme Koi Saar Hai) is not.

It is due to their education that the students start to take an interest in what’s happening in their country. Education helps people in gaining a better understanding of what’s right and wrong. So, student protests are an outcome of the education that’s been imparted to them.

What is your opinion on students partaking in political protests? Tell us in the comments below.

In Pics: Temples In India With Unusual & Bizarre Practices