Technology is advancing day by day into something we never thought would be existing.

From augmented reality to face morphing, the visual applications are becoming increasingly sophisticated. The camera apps these days are not just limited to beautifying you but has explored beyond the reality.

The emergence of a camera trick technology that can potentially alter the truth has recently been developed and demonstrated on the internet. This kind of advanced tech is called ‘deepfake technology’ which comes with the capability of targeting the visuality and forging it in a way that fake looks real. 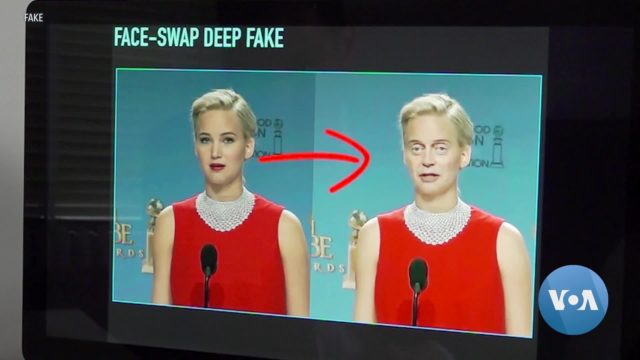 Precisely, seeing is no longer believing as the truth can be easily undermined using this technology.

You Heard It Right!

The deepfake technology is functional in making manipulated or forged videos that are termed as ‘deepfakes’. These falsified videos are created using artificial intelligence and deep learning that creates fake digital illustrations by forging the audio with a video in such a way that appears real.

This technology can easily produce fake digital content using machine learning algorithms and lead anyone into believing what they want to show. The technology allows the code to make intelligent decisions on its own by running the machine learning tool and applying it to the data collected.

In other words, a deep learning system can create forged digital content by analyzing photographs and videos of the target person from multiple angles and then mimicking their speech patterns and facial expressions in a persuasive way.

Such technology can easily spread misinformation or tamper down with a target person’s image by producing fake content associated with them in a way that cannot be questioned.

Why Is It Dangerous In A Democracy?

We live in a world where seeing is believing.

What if what you see is not real? What if the words you hear a person speaking are not spoken by him in reality?

Well, the deepfakes do exactly the same to you. They alter the truth and present it in a way they want to show it. This can not only mess up with your head but also influence you into believing something which is not true.

This technology not only discredits genuine video evidence but can also spread fake news like wildfire. The brownie point with this tech is that the dirty work gets easier as nobody could detect its falsification, making fake the new real.

In a democracy, deepfakes can easily be used to target a politician or a public figure and make controversial content in his name which affects his public image and social presence.

Deepfakes automatically allows a person to be accountable for something they might have never said and being judged based on the same. People can use this tool to produce manipulated content against anyone and bring them down using fake video evidence.

Politicians already use fake news during their election campaign to dupe the public and with the advent of deepfakes, their job becomes easier both ways. This tool threatens democracy by its widespread potential of spreading misinformation or bringing the opposition down by making deepfakes on them. 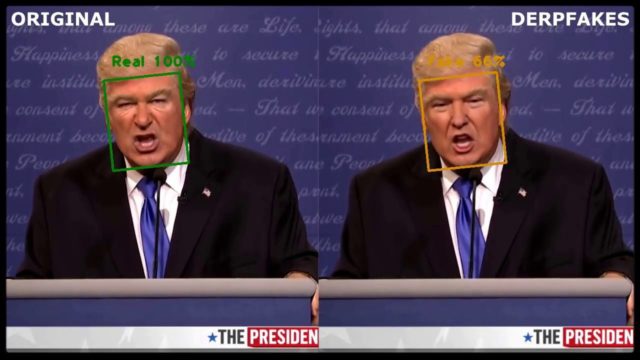 Professor Hao Li of the University of Southern California who is an expert in software learning says, “Elections are already being manipulated with fake news, so imagine what would happen if you added sophisticated deepfakes to the mix? It could be even more dangerous in developing countries where digital literacy is more limited. There you could impact how society would react. You could even spread stuff that got people killed.”

The most horrifying part about deepfakes is that you don’t need any rocket science to develop a deepfake of someone.

Anybody who has a computer and access to the Internet can technically produce a “deepfake” video, says John Villasenor, professor of electrical engineering at the University of California, Los Angeles.

YouTube is flooded with such videos that give you a detailed tutorial on how to make a deepfake content that looks real. The ease of access to such an influential technology makes it even more threatening as it gives immense power to people anonymously which can be easily misused.

The worst part about it is that you can be responsible for instigating an entire group of people by creating such tailored content and invoke riots, violence, killings yet still not be accountable in the court as there’s no law made around this tech.

It should also be noted that with the advent of such a technology, politicians may also use it as an excuse to get away from their misleading speeches or unacceptable statements by convincing the public into believing that it was a deep fake.

With deepfakes, the real becomes fake and the fake becomes the new reality.

This technology is potentially destructive and to fight the cons of the same, the developers, media and the law need to come together and find a solution that can control the power of these deepfakes.

A strict law against the misuse of this technology or a tool that judges the credibility of a deepfake and flags it before it is streamed on the Internet can be some of the solutions to limit the danger.

Whatever be the approach taken, control over such technology is a must!