The Hindi version of the famous ‘The Office’ series is finally out with its trailer getting launched today on Hotstar.

The show that has gained a massive fanbase was first created by Ricky Gervais and Stephen Merchant, as a British mockumentary sitcom in 2001.

Although not given enough attention, it slowly became one of the best British series with a US version being made in 2005.

The Office (US) ran for 9 seasons from 2005 to 2013, and has been critically and commercially acclaimed as a wonderful show that managed to show the daily life of various employees in a small branch of a paper company.

It has certainly given us several relatable and hilarious memes and GIFs to explain our feelings if nothing else.

So when it was announced that an Indian version of the show would be coming soon, it spread a wave of terror among the Indian fans who were totally not for the move.

Since we all know, how spectacularly Indian television can ruin even some of the greatest shows.

And with the trailer out, it seems that all those fears were completely right, since the show just seems more like an abomination then anything. 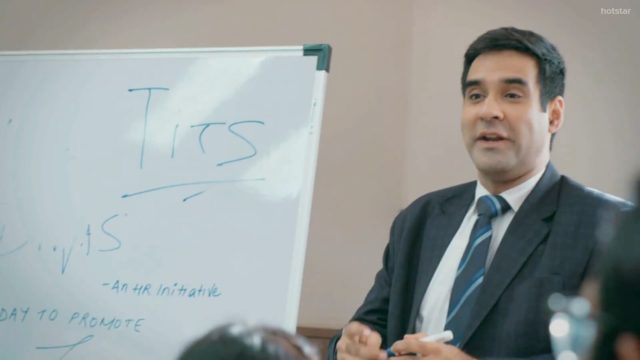 It literally gave me a headache, but in order to actually explain why it’s so bad, here are my top 5 reasons why The Office did not deserve a Hindi adaptation:

The first thing that jumped out to me was the stereotypical Punjabi character of Jagdeep Chaddha.

The second I heard the actor’s accent, I knew that instead of giving it a better portrayal, the makers would want to cram as many stereotypes as they can.

Example of this would be idiotic joke where Chaddha asks one of his employees to think of him as a buddy. He then said how he should Chaddha his buddy and then makes a very boring pun with his surname being Chaddha and how it can be taken as ‘chaddhi buddy’.

The Indian Dwight has been totally destroyed with him being shown as a hypocritical and lazy employee.

Say what you want about the character, and he had a lot of faults, but one thing he never skimmed on was his work, seeing how he was one of the best salesmen of the branch with the highest sales record.

Here he is shown napping with a facemask and cucumber eyes, while gossiping about everyone else. 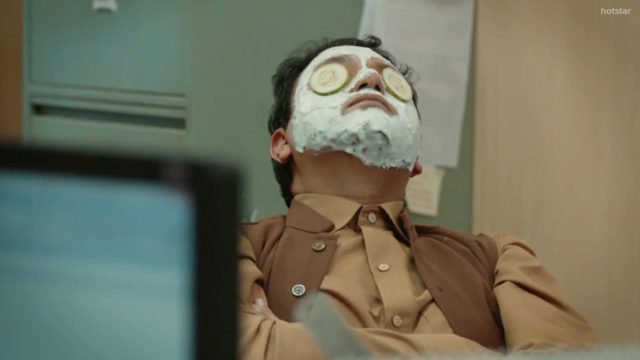 Not just that, even the rest of the cast, just seems uncomfortable and as if they are just taking ques from the US version.

Another thing that really bugged was that the show does not look like a mockumentary at all. With HD cameras, and clear-cut shots, the show is lacking the authentic feel that the other versions had.

The remake is being panned by Indian fans of the show across social media, with many reiterating the fact that nobody, literally nobody asked for a Hindi remake.

Just when you thought 'Chernobyl' was the biggest disaster you've ever seen, Hotstar upped the antehttps://t.co/1EkUHo3md7

Me after watching the trailer of The Office remake on hotstar: pic.twitter.com/0YgMJA6pgI

Hey Hotstar, who asked for a hindi remake of the office?

Minority opinion. This official Indian adaptation of @theofficenbc has only one thing right – the guy who is playing Michael Scott's character.

Every single other person is sooo drab!

Also, they could have picked a more good looking Jim Halpert YAARhttps://t.co/ukDQreAeKG

Hotstar has done an Indian version of The Office. The trailer is out. I just watched it. It has happened. They're coming for what you love. Rise.

Frankly, this could have passed better as a short 15 minute YouTube skit instead of a full fledged series.

The creators and writers, although talented, seem to be showing heavy influences of the standard YouTube skit, and struggling with the TV series concept.

The point here is not that the show is being remade into Hindi language, and there is no such elitism here, at least on my part.

The show is obviously targeting the urban, metro millennial crowd, who will watch the show more out of curiosity or genuine interest they had in the US or UK version.

In all that, the least that the makers could have done is actually Indianise it a bit and made it relatable for the Indian crowd instead of it looking like a bad rip-off of an ‘angrezi’ show.

Shows like Ji Mantriji and Zabaan Sambhalke were both Indian remakes of Western shows, but the way they handled the material, making it more Indian was what made them different from the original.

This show on the other hand, does not seem to be doing anything different, instead it just seems to be ridding on the coattails of the original’s success and recall value in order to get viewers.