Congress is one of India’s oldest political parties. Its political discourse has ranged from the Independence movement under the leadership of Mahatma Gandhi and Jawaharlal Nehru to fighting against the mighty wave in favour of the present Prime Minister Narendra Modi in the 2014 and 2019 general elections.

The party, which democratically ruled India for over 50 years, is now struggling to keep its identity afloat in the hearts and minds of the people of India. They are losing election after election and wherever they win, they soon lose the faith of either the party-men or the public.

After the resignation of Rahul Gandhi as the President of the Congress Working Committee (CWC), Sonia Gandhi took the party under her leadership, however, not much has changed since then.

Lately, various leaders left the party, including youth leader Jyotiraditya Scindia, while some others pressurized the party to agree to their terms, like Sachin Pilot. These incidents showcase that all isn’t well within the grand old party. 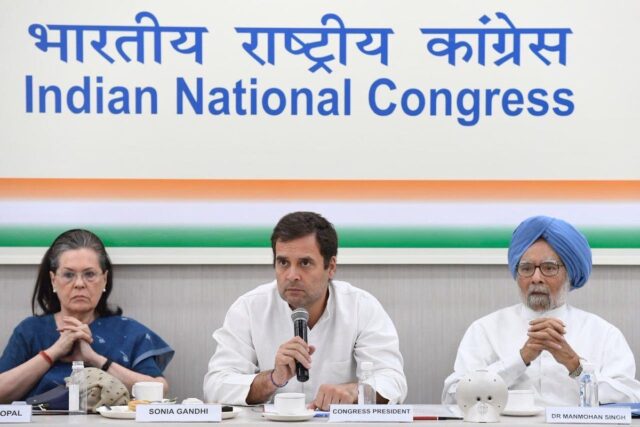 Recently, a letter came to light which was written to Sonia Gandhi by 26 senior Congress leaders, including 5 former Chief Ministers. They urged the party President to look into the affairs of the party and conduct some much-needed sweeping changes, from top to bottom.

The letter mentioned an agenda for the revival of the party and urged the Gandhi family to put in place an “institutional leadership mechanism” so that the party workers can collectively work for the betterment and upliftment of the party.

It is worth mentioning here that the signatories to the letter are some loyal members of Congress who didn’t trade places even during its worst phase, which is ongoing. These members include Kapil Sibal, Manish Tewari, Shashi Tharoor and Anand Sharma amongst other senior leaders.

In furtherance of the letter, the Congress Working Committee is conducting a meeting which is going on as we write. The meeting was expected to invoke a resignation from Sonia Gandhi, however, the news coming out from the closed rooms are more outrageous than expected.

The former party President and Sonia Gandhi’s son, Rahul Gandhi, took a jibe against the senior members who communicated their grievances to the party, stating that they had ‘colluded with BJP’ and thus, were acting against the interest of the party.

While the letter was to strengthen the position of Congress as a party and opposition, it has left the members of Gandhi family baffled. They are sniffing revolutionary ideas cooking amongst party-men, which may mean the dethroning of the Gandhi family.

Rahul Gandhi specifically mentioned that sending the letter to Sonia Gandhi when she was fighting an illness was intentional and done with a malicious motive. However, it seems to have backfired.

Reports suggest that after this statement, various members of Congress have proposed to resign. Ghulam Nabi Azad found himself cornered since his turn to present the dissent representation was delayed.

He offered to resign if Rahul Gandhi proved that he was working in alliance with the BJP. Kapil Sibal earlier lashed out at Rahul on Twitter, however, later withdrew the tweet saying that Rahul personally clarified his doubt to him.

On the other hand, Sonia Gandhi has said that she wishes to retire, but various party leaders like A.K. Anthony and Manmohan Singh pleaded with her to wait before deciding conclusively. 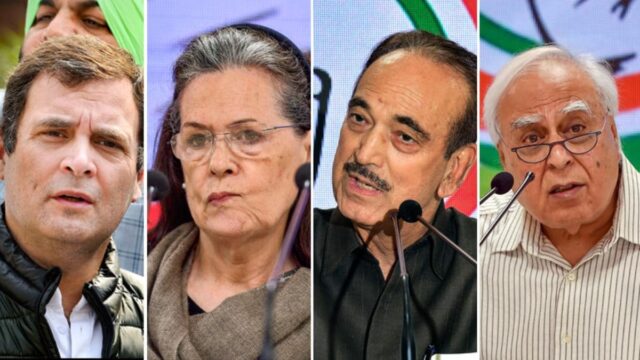 While the letter, followed by the meeting, has brought out the ugly face of the Congress’ lack of leadership, it is likely to create a divide in the party. The party is already witnessing cracks and this divide will be deepened by the oral acceptance and accusing one another.

The party will be separated into ‘Gandhians’ and ‘Non-Gandhians’ which is toxic for any democratic establishment.

If Sonia Gandhi retires, there would be another power tussle that will come to the surface between the supporters of Rahul Gandhi and that of Priyanka Gandhi.

Though the possibility of Priyanka Gandhi becoming the President is slim, the same cannot be ruled out considering her increased involvement in active politics. Rahul Gandhi lacks aptitude for politics and his re-election may be catastrophic.

However, if a new, non-Gandhi face is elected as President, things may change.

Even still, if the new President would be a puppet in the hands of the Gandhi clan, Congress will most likely shrink into a political party thriving on regional existence.

It is high time that the party started introspecting and leaders started taking matters into their own hands, otherwise, democracy would be defeated and the Congress would be nowhere to be seen in the next 50 years.