Disclaimer: I hate Chetan Bhagat and the sorry excuse for literature that he prints on the bodies of those poor trees.

My copy of Five Point Someone is currently being used to prop up my improperly balanced table. However, my analysis is highly neutral.

Who is a Chetan Bhagat fan?

Who reads these books that ardent literature lovers so very hate? The answer is not as cut and dry as I had hoped when I started writing.

In this article on ‘Why India Loves Chetan Bhagat’, the writer very sarcastically points out the misnomers and things that suck about CB’s books.

But what I found out when talking to self-professed Chetan Bhagat fans was that these were the very things that made people read the toilet-paper worthy pieces of literature that he had written. 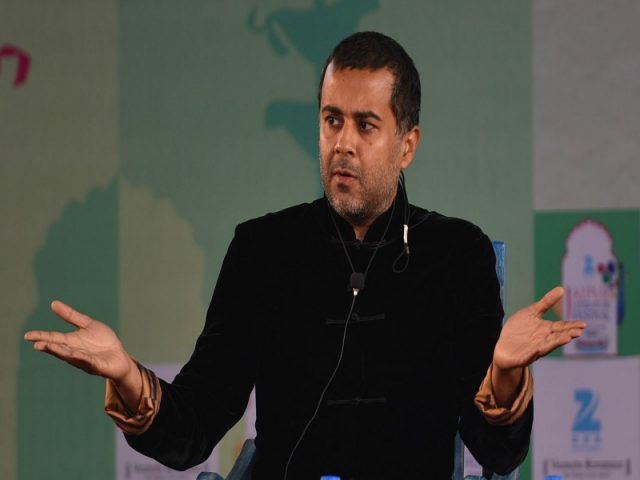 English literature in India has not permeated deep enough

People barely know how to speak English, let alone read. But on the flip side, there is a deep underlying urge to learn the language, primarily because of the popularization of western culture and the immense edge it gives to people who know how to speak it.

Once people start to learn English, they naturally want stuff to read, to enhance their vocabulary, learn sentence structure and so on. Not to mention that reading books makes you look all intellectual and stuff.

School textbooks and newspapers and magazines will only take you so far, there will come a time when you will feel the need to read a book. And when people do this, that’s where it all starts.

Because think about it, you won’t read a Khalid Hosseini or a Roald Dhal as your first novel, nah-ah! It’s too complicated, too many big words! So complicated in fact that it’s downright boring!

So, what do you do? You read a book that is not so complicated, has a simple plot, written in simple language, with a few masala elements to keep you hooked during the boring parts.

And this is exactly what Chetan Bhagat does. He markets his books to the masses and not to literature enthusiasts. And he is really good at that.

MBA Gave Him The Power

He uses the skills that he gained during his MBA from IIM-A to write stuff that the everyday common man will understand and won’t have to open a Merriam-Webster to decipher.

His fans are everyday common people who love to read understandable everyday content. Something they can identify with, not a story about a guy from Kabul and his tiff with the Taliban (read- pun intended- The Kite Runner; kaafi amazing book).

They want to read about an engineer’s love life, a story of three friends, a love affair in a call center that has a god because #BhaktiHiShaktiHai, a love affair that stretches across the country because people want validation for long-distance relationships.

A Chetan Bhagat fan does not want long exposition and detailed character plots with a gripping storyline, he/she wants just a relatable experience with a happy ending.

A Chetan Bhagat fan reads with the expectation of drawing some kind of parallels between the story and his/her life so that he/she can figure out what another person in a similar situation do.

They want the same things they want from their movies, the guy getting the girl one way or the other, even if she does not want him. They want a rom-com or an Ekta Kapoor serial on paper and nothing more because that’s all they can understand.

The fan also seeks to join somehow the ranks of people who actually read books, it makes the fan feel and appear smart.

It gives him/her validation that ‘okay, I read books, I am NOT dumb’, and makes them feel included rather than excluded from this closed circle of English literature readers. This way, they can in some way join into this group of people who seem to be better than them.

So, that is what a Chetan Bhagat fan is, a regular joe who just wants to join this club of English reading amazing people. Who wants a relatable, simple storyline and makes you feel all happy and giddy in the end.

Why Is There Not Enough Choice In And Focus On Men’s Fashion, Magazines And...