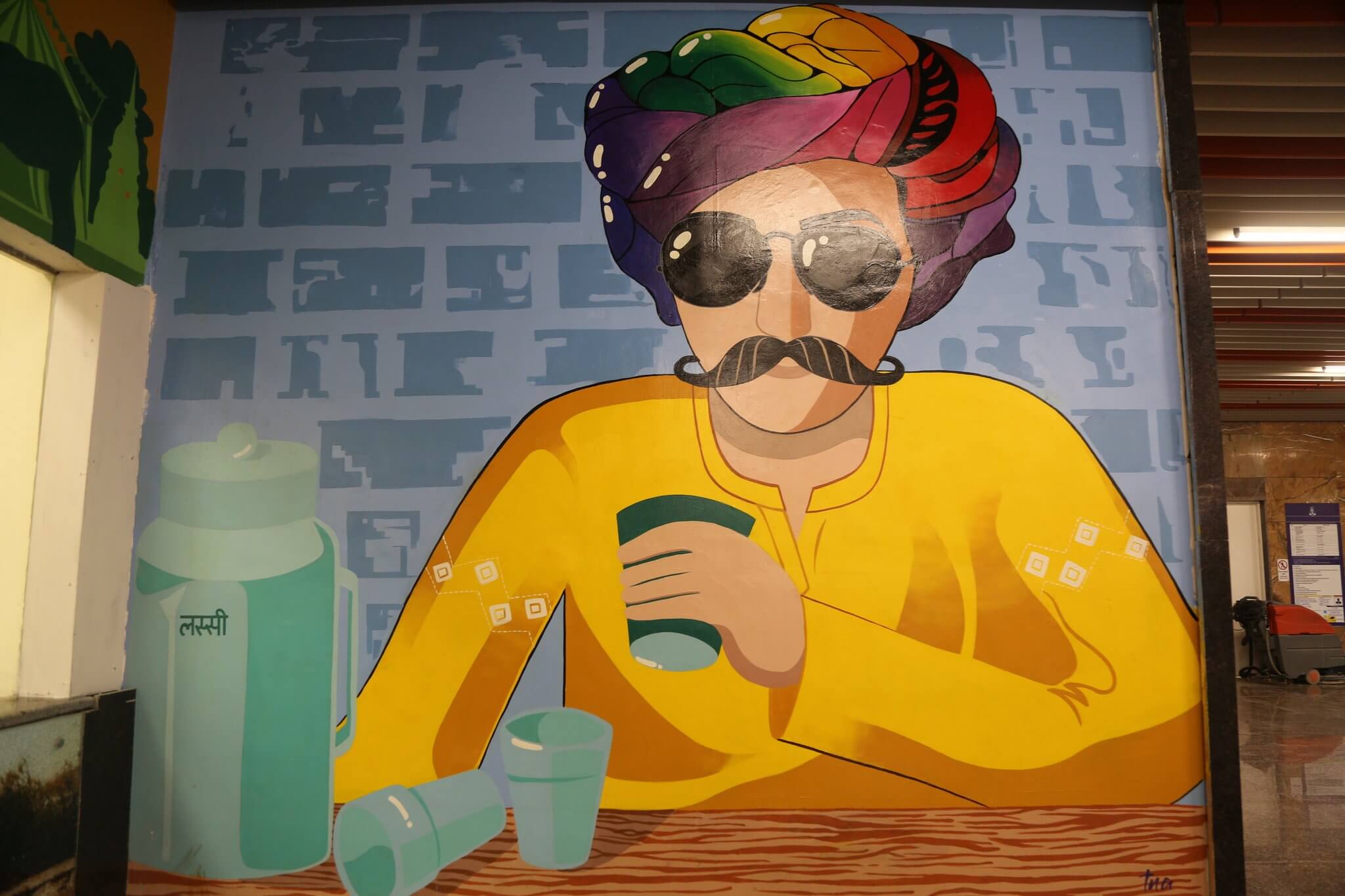 Metro stations are not exactly the most exciting or happening place for people. The places are simply a way for people to get from point A to point B. People enter in a hurry, wanting to catch the metro in time, board it, get off and get to their destination.

This usually results in metro stations being pretty basic and to the point, however, that might be changing slowly. The Delhi Metro Rail Corporation (DMRC) has been revamping some of its metro stations for some time now, as an attempt to show the rich culture and heritage of those specific regions of the station.

Using artwork to depict local life, wildlife and more, it has certainly added an interesting touch to the metro stations.

One of the latest ones catching eyeballs is the Dhansa bus stand metro station in Delhi, where the artwork and interiors reveal things about local heritage.

What Is The Dhansa Bus Stand Metro Station?

The Dhansa Bus Stand metro station of Delhi Metro’s Dwarka-Dhansa Grey Line had already made news for being the first underground station having its very own underground parking facility. 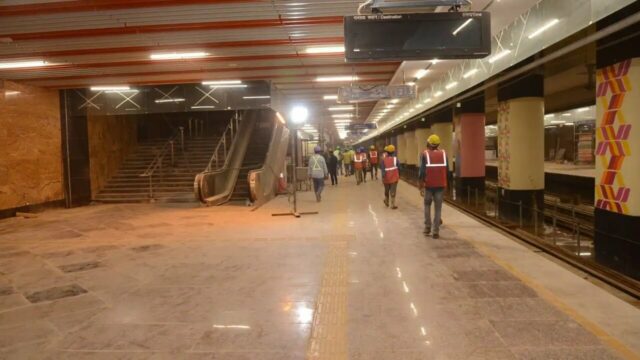 Now, the walls, ticket stations and more have also seen a redesigning with photos and artwork showcasing the area’s culture, vegetation, wildlife, folklore and more. The DMRC believes that the deep cultural roots of southwest Delhi’s Najafgarh-Dhansa region deserve to be talked about. 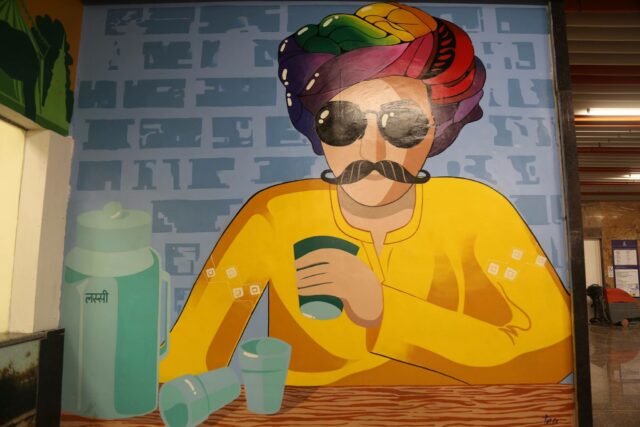 In a Facebook post, they said, “It is rich in historical content and is also home to a marshy ecosystem which encourages the visit of migratory birds and flourishing of local wildlife. The artworks and photographic displays have tried to capture these unique characteristics of this area.” 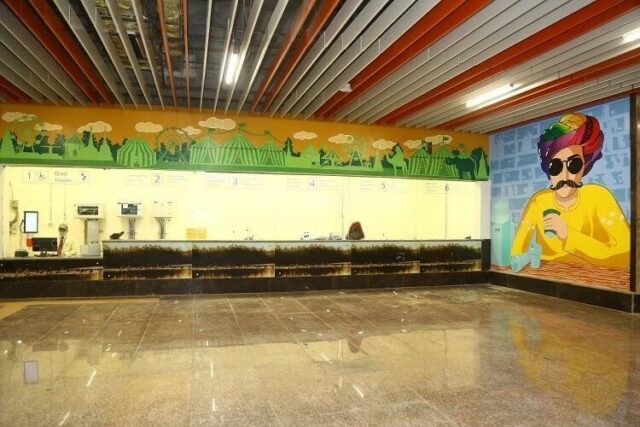 The post also talked about how “‘Jheel’, a waterbody located between Najafgarh and Dhansa” is perfect for birdwatchers and local wildlife enthusiasts since it attracts a variety of migratory birds like kingfisher, eagles, ducks along with several animals. 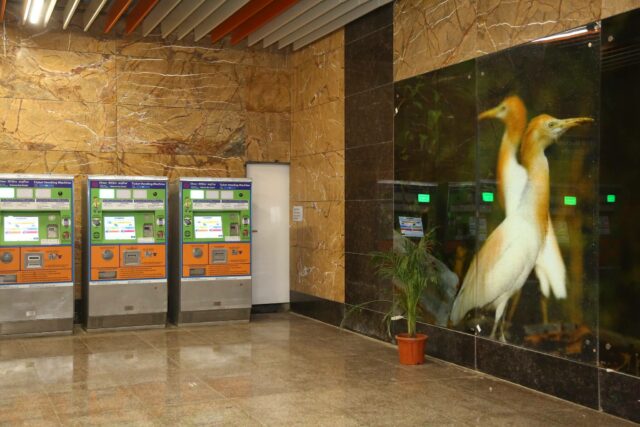 As per the post, local folklore of the area has also been included in the artwork, “The surrounding villages in this area are renowned for their ancient folklores. The villages host fairs to celebrate their historical significance. The locals gather around the ancient temples to pray and connect together as a community. The myths and the fables have given this area a unique identity. Therefore, some hand painted artworks are inspired by this rich spirit and the celebration of local values and are themed as “local socio-cultural scenario”. 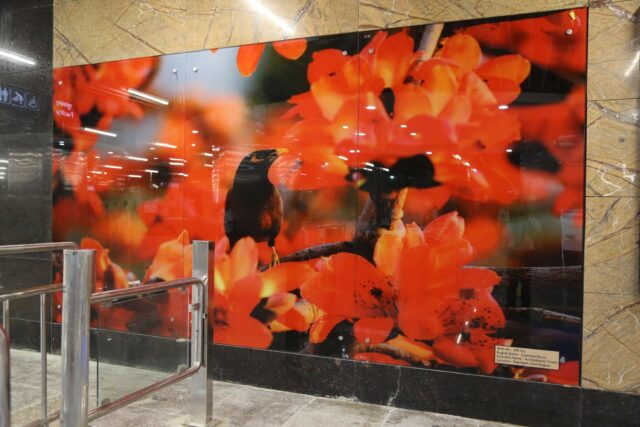 It has also been reported that the overall aesthetic of the station is very earthy in order to showcase the joining together of the rural and urban settings of the place.

As per reports, all the artwork has been made by the young local artists and photographers and collected together by the architecture department of DMRC. 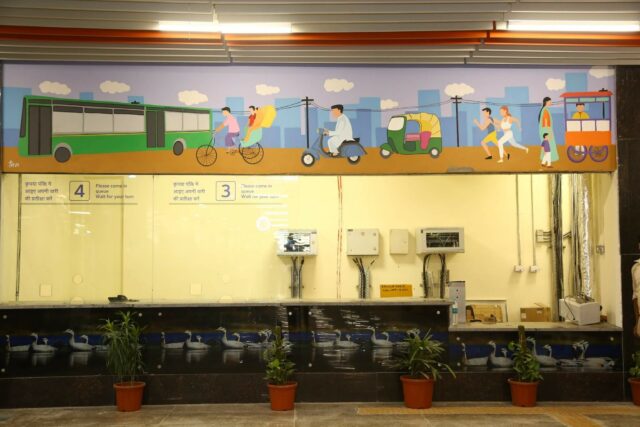 While the station has not been yet opened for public use and there no exact date given either, it is expected the station will open soon.