ED had the privilege of being a part of the  #FeedToDefeat campaign by Medela India during Raahgiri at Connaught Place, yesterday.

In order to mark October as the Breast Cancer Awareness Month, Medela India, producer of technologically advanced breastpumps, organized an awareness campaign on the 18th of October to encourage women to breastfeed their baby to alleviate susceptibility to breast cancer.

The event saw a huge participation from women across Delhi NCR who came forth to pledge for breastfeeding.

1. As soon as we reached the venue, a giant pink balloon, capturing the attention of every passerby, was installed in the inner circle area, blocked for Raahgiri. 2. Markers were distributed among the crowd and women, girls, and men enthusiastically came up to send across their message by writing and signing on the pink balloon, supporting the cause.  We also did our bit. #FeedToDefeat 3. The event was organized to inspire and evoke a sense of awareness among new age moms to breastfeed and defeat breast cancer. #FeedToDefeat 4. The event witnessed massive support with over 250 women signing the pink balloon. #FeedToDefeat

It was a rather proud moment to see women come forth with strong messages to spread:

“Breastfeeding is not a choice, it is a responsibility”

5. I had a gem of an opportunity to meet and interact with a lifestyle blogger , members of Genesis Burson-Marsteller, one of the best PR agencies in India and a travel blogger. (Left to right)

6. Next up was the performance by a musical rock band, Rivaaaz, that captivated the audience spreading a wave of positivity and awareness about the breastfeeding campaign #FeedToDefeat.

Check out these videos for a quick peep into the show.

7. The event concluded on a note of awareness and responsibility with the theme song, ‘Magic of Mother’s Milk’ stealing the show and mustering an overwhelming response.

All in all, it was a rich experience and seeing the number of people that turned up to support the cause has sparked positivity and a ray of hope. According to WHO, breast cancer is by far the most common cancer in women worldwide, both in the developed and developing countries. Studies show that women who breastfeed for over a year, are five percent less likely to develop breast cancer.

So, let’s fasten the pink ribbon this October and adopt #FeedtoDefeat.

This endeavor on the part of Medela India is worth appreciation as in the fun and frolic of Raahgiri one takes home a noble message with hope at heart.

Facebook
Twitter
Pinterest
WhatsApp
Previous articleHow Our Money Goals Change At 20s, Then 30s, Then 40s And Finally At 50 Years Of Our Life
Next articleWhat do these 4 successful CEOs have in common apart from being at TiECon Delhi 2015? 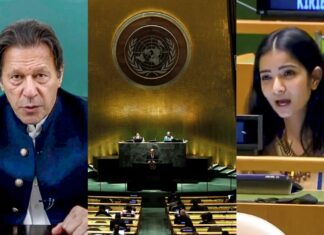