From Track & Field To Social Media, Davinder Singh Is Changing Rules Of The Game

If you look at 400m Indian sprinter Davinder Singh Fateh’s Instagram handle, it reads davinder_singh400m. That sums up the life story of this exceptional Indian sportsperson, who is one of the best 7 athletes of Punjab on the all-time 400m timing list.  His personal best performance in track & field events has been sprinting 400m in 47.21 sec and 4×400 M in 3.06.00 min. To honour his contribution to the world of sports, the Punjab government also gave him the “Maharaja Ranjit Singh Award” in 2019.

Davinder Singh was born on July 20, 1991 in Jalandhar, Punjab. His nickname is ‘Fateh’ (meaning conquest). His father, retired cop Harbhajan Singh was a celebrated long jumper and his sister, Manjeet Kaur, is a renowned sprint runner, who has broken several records in her career. For Davinder, it was an asset to be born in the family of sports persons because he received the best sports training from his father and sister right since childhood. In fact his sister used to practice with him for long hours under scorching sun but all the sweat and blood that was shed during those practice sessions finally paid off as Davinder went on to become a sports star to be reckoned with. 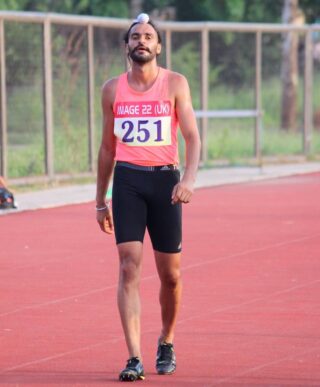 Today, he is one of the leading social media influencers on Instagram, who has walked the ramp for celebrated designers including J.J. Walaya. Owing to his 6 ft 2 in height and well-built physique, he has also featured in a number of Punjabi music videos. On the reality show, Mr. Punjab, where Davinder was a special judge, he could be seen interacting with the contestants and teaching them the benefits of pursuing a career in sports. 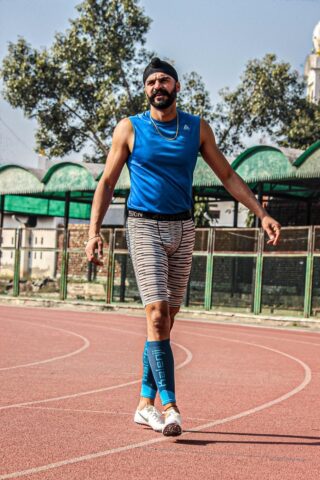 Yes! He is a multi-faceted personality, we told you!