People have been becoming increasingly aware of the harmful effects of social media, especially on their mental health. It promotes hustle culture, which wears people off both physically and mentally.

Most people’s lives appear perfect and rosy on Instagram which, albeit far from reality, pressures everyone else to achieve it as well.

Despite having numerous perils, the user base of popular social media sites is only increasing. More and more teenagers can be found making their accounts there. It is also a good tool for brands for advertising their products.

However, in the age of ever-increasing digitalization, the popular cosmetic brand Lush has veered off in the opposite direction. Lush has quit its social media operations for the sake of people’s mental well-being.

It posted, “We are tired of fighting with algorithms, and we do not want to pay to appear in your newsfeed.” The Chief Digital Officer Jack Constantine added that they would not ask their customers to “meet us down a dark and dangerous alleyway“.

Social media platforms, according to him, “were beginning to feel like places no one should be encouraged to go … Something has to change.” He said, ”

When it gets to a point that our customers’ wellbeing is being put in jeopardy because of the channels on which we are trying to connect with them, then something doesn’t sit right for us

Read More: Watch: Why You Should Never Try A Beauty Blogger’s Makeup At Home 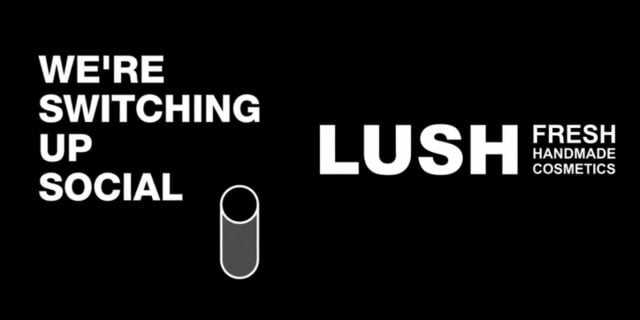 A company, which spends a lot of time and resources to avoid putting harmful ingredients in its products, acknowledges the risk associated with the use of social media.

It manufactures products for people to “unwind and look after themselves”, but what social media does is completely the opposite of this as they “keep people scrolling and stop them from switching off and relaxing”.

Instagram’s changed algorithm, which doesn’t show posts in chronological order, also contributed to this move. This algorithm makes it harder for brands to be visible to their user base.

The company is expecting to face monetary losses of about $10 million in sales, but it is ready to take the step nevertheless and hopes to make up for this loss in a year.

It compared the harmful effects of social media and its response to that of climate change. There was a time when “climate change was ignored and belittled for decades”. The same is happening with social media right now.

Lush hopes that the social media giants would prioritize users’ safety and that stringent laws would be passed regulating their content.

However, this is not the first time that the company has quit its social media It did so in 2019 as well but returned soon enough citing “FOMO” as the reason. Will it stay true to its words this time? We shall see. But it is indeed a good move to create mass awareness about the potential harm of social media platforms.