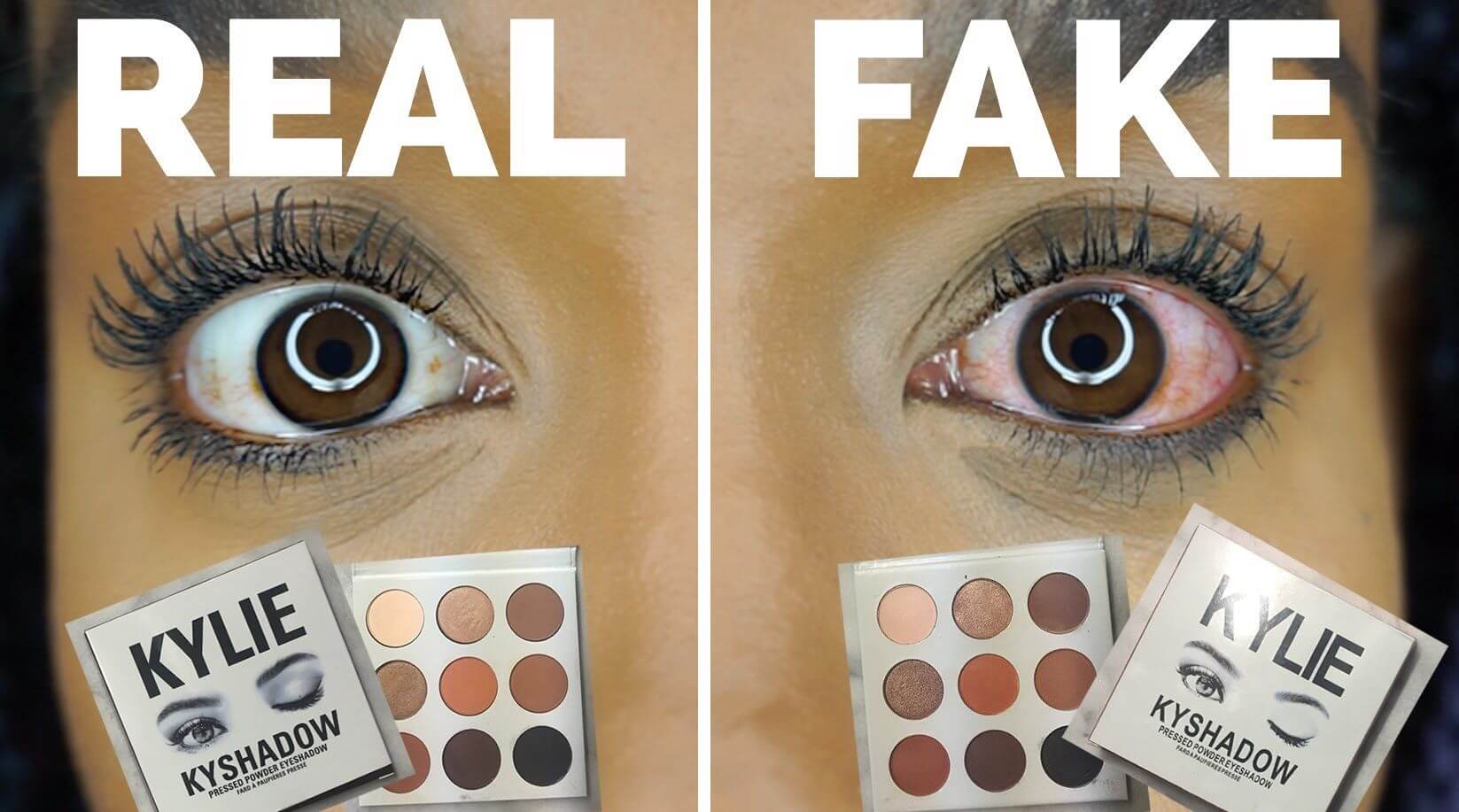 When you take a walk in Sarojini, Delhi or New Market, Kolkata, there’s a high chance that you will find various people trying to sell you ‘branded’ makeup products at merely a fraction of their real price.

What comes as a shock is how people obsessively participate in the purchase. The official/authentic makeup counters remain empty while these shops are full of people!

So what exactly is wrong if you get branded makeup products at such a low price? Well, the fact that you are not getting the branded products! You are getting a counterfeit/fake one. 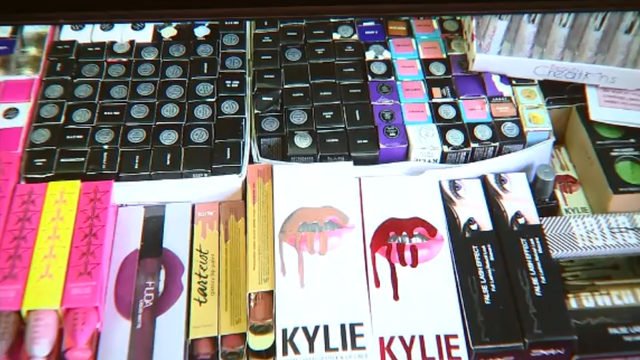 These have slowly taken over the market. First, they were only found in flea markets, but are now also found in local shops. The demand for fake makeup has only grown over the past few years!

What is Fake Makeup?

Just like the other counterfeit goods, counterfeit makeup/ first copy/ fake makeup is a knockoff version of the original ones.

These are illegal and that is the reason why the manufacturer is extremely tough to identify and locate. Although there is a general idea that these mostly are products manufactured in China.

Read More – Are Indians Being Sold Fake Milk Made Out Of Paints And Shampoo By Scammers?

What Exactly Is Wrong With Fake Makeup?

Since there is no official team overseeing the production as well as no health team approving the ingredients, there is no ingredients list or hygiene certificate whatsoever.

This is extremely dangerous as we clearly can’t know what are we putting on our face.
Sounds terrifying right? Well, it gets worse. 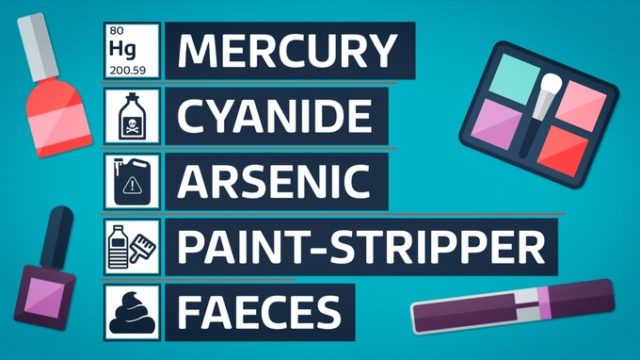 That 50 bucks’ lipstick does not look so good now, does it?

At best, being exposed to the aforementioned ‘ingredients’ could cause an allergic reaction, swelling, chemical burns, rashes and acne which get subverted as soon as the user has stopped.

In the worst-case scenario, there could be drowsiness, headache, blurred vision, insomnia, miscarriage, stillbirth, seizures, cancer and even death! This occurs only during long-time use.

In addition to the health hazards, buying from an unreliable source and using credit cards is extremely dangerous as your personal information could be accessed by a stranger and it could be misused.

Why Does This Market Exist?

After reading all of that, you must be asking who buys all of this? The answer is, a lot of people do!

In fact, in 2014, consumer complaints about counterfeit goods went up by 357%; with almost 77,800 complaints. In 2013, those goods made up to 2.5% of the world’s trade and it keeps increasing each year. So you can imagine how it had increased since then!

The makeup industry is a safe bet as the industry and its growth happens each year. This industry has proven itself to be highly profitable with little to no economic downturns. The beauty industry is often called the only industry that is recession-proof. 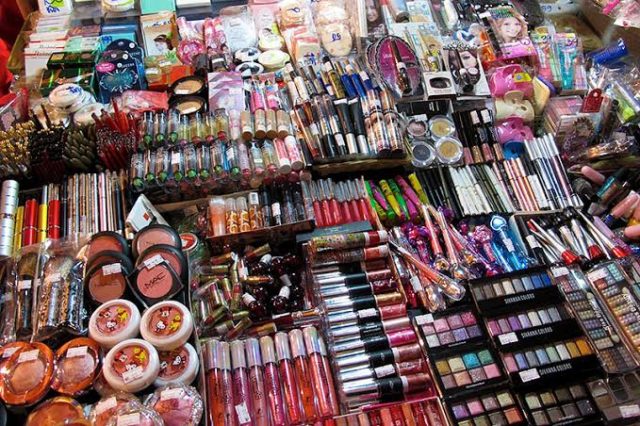 The fakers are also playing with people’s minds, making the counterfeit packaging almost identical to the authentic one. The differences are not visible to the novice eye.

Also, the consumers are more or less ignorant about the ingredients or the lack of it, only caring about what would ‘look good’ on them.

Even if some people do know, their judgment is clouded by the immense popularity of the first copies, thinking if many people use these, they must be harmless.

The self-proclaimed bloggers also can’t ignore their responsibility in spreading the epidemic as they use and promote these items.

But the most important factor is the wish “to feel expensive” among their peers. The urge to say “I own a MAC” is apparently more important than having a healthy life.

What Is Being Done For Prevention?

The Indian police force works very hard to fight counterfeit product consumption and production. But the plan of action regarding the makeup industry, in particular, is still unknown. In countries like USA and UK, the police are very strict and regularly confiscate fake makeup.

Consumers have a more important role in fighting the counterfeit makeup industry. Always buy from authentic sources, official websites. Try to follow brands on social media platforms as they give out updates regarding new products.

Whenever you buy something that seems too cheap to be authentic, it most likely isn’t. Try to avoid third-party websites like eBay and Alibaba and DON’T buy from flea markets, no matter how alluring the price seems.

Recently Amazon and Flipkart were sent a notice by the Drug Controller General of India for allegedly selling fake makeup.

Invest in smaller drugstore brands that are authentic (like Wet n Wild, Nyx, Colorpop) than fake high-end ones.

Your health is more important than a new eye shadow palette or lipstick. I mean what would you do with lipstick if your lip falls off after using the fake product? Or if your face gets covered in horrible blisters?

At the end of the day, a name on a container shouldn’t be the reason for YOUR health hazards.

FlippED: Real Vs Fake Branded Items: What Should You Spend Your Money On? Our Bloggers Fight It Out