Home Food Are Indians Being Sold Fake Milk Made Out Of Paints And Shampoo... 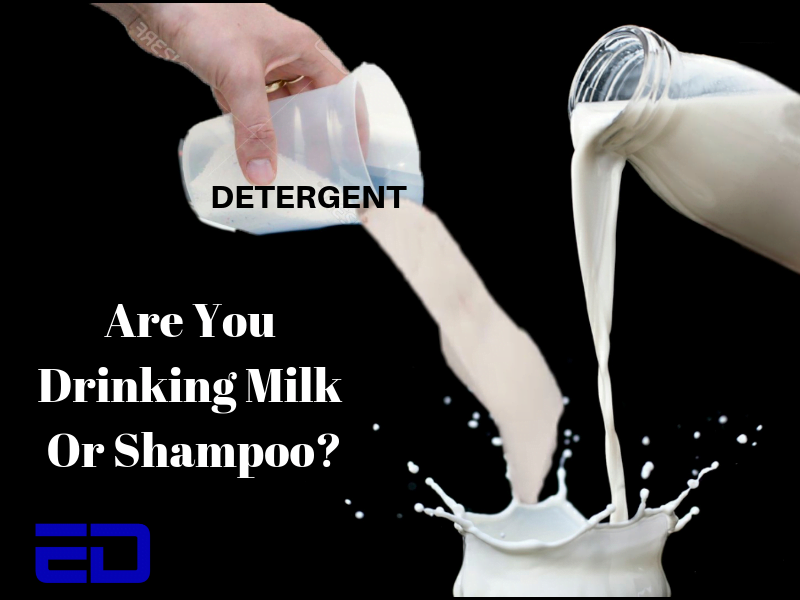 If you’re the kid who made your mother chase you down to hell for drinking a single glass of milk, here’s your reason to bail out.

According to a report by vice.com, the STF seized 10,000 litres spurious milk, 500 kg of mawa and 200 kg of synthetic paneer along with the toxic synthetic milk.

The “milk” however, was a solution that contained barely 30% of pure milk adulterated with detergents, shampoos, paints, glucose powder and refined oil.

However, if you’d go and tell your mother that she is serving you poison rather than milk, she wouldn’t even be surprised.

Adulteration in India has become an everyday story sold by your news channels in their “exclusive” edition of “Kya Apke Doodh Me Shampoo Hai?”

At this point, we are all just habitual and cool to the point that your doodhwalas portray themselves as saints for just mixing a little quantity of water. Appreciate him.

Related: Products That Are Banned Abroad But Not In India: Busting Hoaxes

The Statistics Of Milk Adulteration In India

According to a recent survey by FSSAI in 2018, 6,432 samples were lifted across the country, in which 68% milk and its product were found to be below standard, while 39% were found to be on compliant, containing fat, solid non-fat, sugar, and maltodextrin. Whereas, 9.9% was declared as completely unsafe for consumption.

In 2012, a survey by FSSAI was filed as an affidavit in the Supreme court, in response to a PIL by a group of citizens seeking a report on the adulteration of milk in India.

According to the survey, 68.4 percent of the milk in the country was found to be adulterated and unsafe for consumption.

1791 samples of loose and packaged milk were collected randomly from 33 states which included both urban and rural areas.

The components of these synthetic milk could prove to be life-threatening for diabetic patients and can even cause cancer and heart problems.

The question is, how are these adulterated products reaching the market if they are so toxic? One could safely assume that the scam involves influential people including officials who have been passing the product in the safety tests and giving them a license.

World Health Organization (WHO) has issued an advisory to the Government Of India for keeping strict scrutiny on milk adulteration in India.

We could all just hope that the system realizes that the chain of unsafe food they are letting loose, might enter their own houses someday.

Why Is Twitter Mocking One Of The Masterchef Australia Judges After They Decided To Quit The Show?