The Coca-Cola Company has strongly established its stature all around the globe with its variety of tasteful beverages. 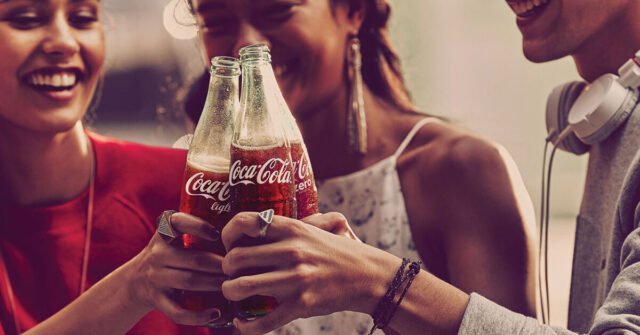 But, the story behind the beginning of the brand is surely unknown and unexpected to many inquisitive heads over there and also too interesting to be lost beneath the layers of time.

The incredible tale of its discovery dates back to the mid-nineteenth century, during the era of the American Civil War (1861-1865).

Drug Addiction Was The Reason

Dr John S. Pemberton, an Atlanta pharmacist, was serving as a colonel in the American army when he sustained a lethal injury in the American Civil War, post which, he reeled into the world of drug addiction.

The pharmacist was heavily addicted to a drug named morphine. After years of grappling with drug addiction, he came to the point when he was entrenched to move past his problem and hence began his hunt for a suitable substitute for the drug.

That was when he put his knowledge of chemistry into use and began experimenting with various ingredients.

Also Read: Why Nestle And Cadbury Fought In The Court Over The Colour Purple And Who Won

At a certain point in time, he picked two items that later became the origin of one of the most famous drinks in the world. The two ingredients were caffeine-rich kola nuts and coca leaves.

Dr. John mixed these two things with some other ingredients and prepared a syrup. Later, he added carbonated water to it and the very first version of Coca-Cola was formulated.

Dr. John couldn’t sell the initial form of the drink as it contained cocaine which was obtained from the coca leaf, owing to the restrictions laid by the local laws. Nonetheless, he modified the recipe and presented it as a soft-drink. 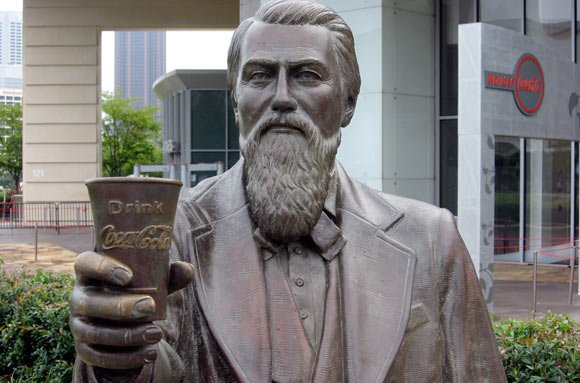 Dr. John, along with his partner and bookkeeper, Frank M. Robinson, coupled ‘kola’ and ‘coca’ together and formed the name of the drink – Coca-Cola.

In 1886, Dr. John brought Coca-Cola to the Jacobs’ Pharmacy of his town where it was tested and given an ‘excellent’ remark for its refreshing taste. Resultantly, the drink was put on sale at the pharmacy.

Not only did it help Dr. John to get rid of his drug addiction, but it was also marketed as a cure to several problems like morphine addiction, indigestion, headaches, etc. 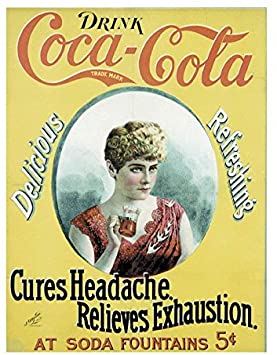 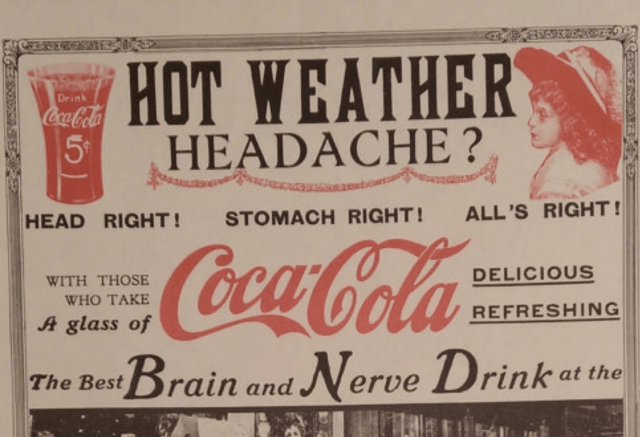 The theory of Coca-Cola being a solution to some digestive problems has been supported by researchers as well. Also, since caffeine relaxes blood vessels to the brain, Coca-Cola may provide relief from headaches to some extent due to its share of caffeine.

But, it has also been highlighted that the soft-drink must not be consumed at a regular course given its high sugar composition.

The take-away is to enjoy having Coca-Cola while always keeping a balance between taste and health.

Sources: Britannica, The Coca-Cola Company, The Game Of Brands

The Interesting Story On How Popcorn Got Associated With Movies