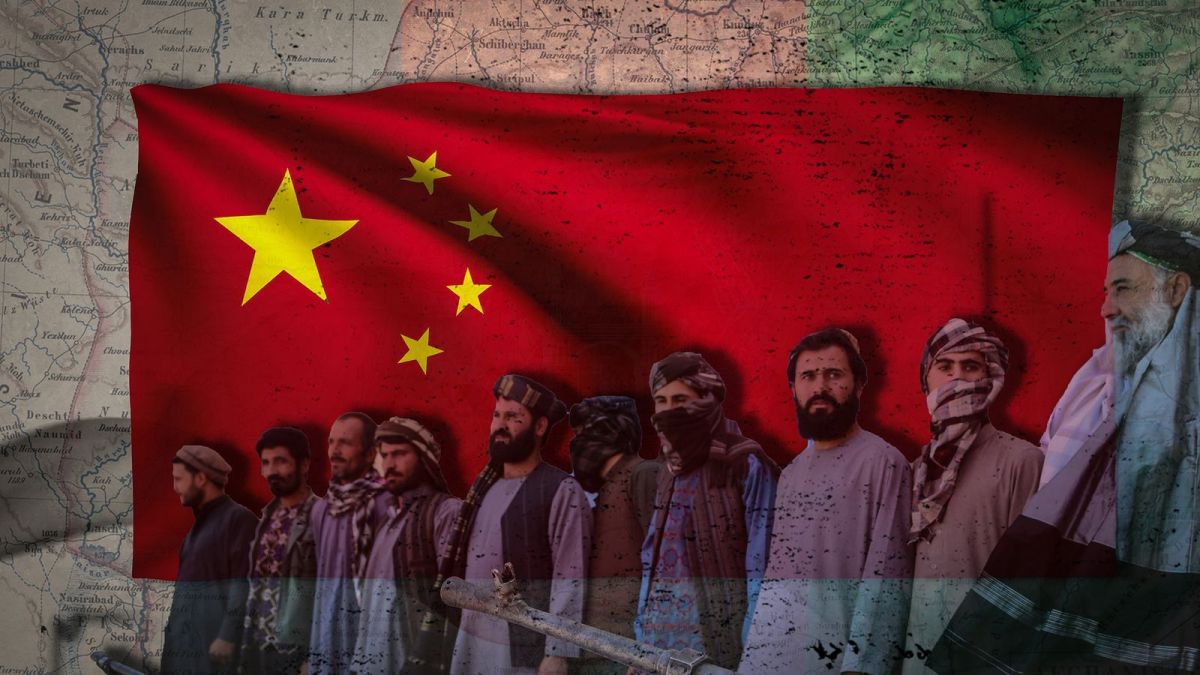 Afghanistan has become the bedrock for international turmoil and the absolution of contentious conflicts. The statutory warnings of an upheaval of the most terrifying degree have become the curtain call for global politics all around.

However, what concerns them most is the trident formed between Pakistan, Russia and China. It’s unfortunate but not entirely surprising that China has something awry planned ahead.

China has, as of now, already set about its sinister notes of establishing diplomatic ties with the Taliban regime, making it the first country to officially recognize the insurgents.

It is fairly obvious as of now to understand that the Chinese government is paving the path forward for a fairly elucidated game plan that includes the Afghan government in their plans. With a seminal amount of money being funded to the better functioning of Afghanistan, we look into what led to this development.

China Cuddles Up To The Taliban

The landlocked country of Afghanistan shares a 50-kilometre border with China along the province of Xinjiang. This has inadvertently led to the Chinese insinuating the Afghans to be predominantly significant to their plans in the global polity in the near future.

Thus, to secure a safe portal into the hinterland of Central Asia and into the Muslim majority states of Iran, Turkmenistan and such other nations sharing their border with Afghanistan.

Unfortunately, with Afghanistan being run by a quasi liberal government before the Taliban uprising, they could sparsely have their neighbours turn into their allies. With the change in leadership, the dynamic is about to change.

China was surprisingly quick and efficient in having the Afghan Taliban government roped into their plans moving further into the future. The best course scenario devised by the Chinese government was hosting a meeting between Afghanistan and its immediate neighbours- Pakistan, Iran, Tajikistan, Uzbekistan and Turkmenistan.

The meeting was held to decide upon the aid management and provision of the same to be provided to Afghanistan. The Chinese Foreign Minister, Wang Yi, decided upon a $31 million aid package for the Afghans in the form of food, essentials and vaccines that were to be delivered.

Using their vaccine diplomacy strategy to the fullest, the Chinese government inculcated Afghanistan into its list of countries needing aid.

As of now, it has been decided that the Chinese government will be providing the Afghans with 3 million shipments of vaccine, calling upon the aforementioned countries to help Afghanistan get back on its feet.

Wang Yi stated his and the Chinese’s disdain for the American government alleging them of wreaking havoc across the country till its last days and beyond.

“What the US did in Afghanistan over the past two decades is a textbook example which shows us the consequences of wanton military intervention and attempts to impose one’s own ideology and values on others.”

The camaraderie of the Taliban and China has reached such a point that the former has already declared the Chinese as their most important and formidable allies.

With the Taliban in tow, the Chinese have already bagged multi-million dollar projects in Afghanistan. Garnering contracts that enable Chinese corporations to exploit and play around with the vast array of untapped natural resources present in the country.

According to a former mines minister of the ex-government, the untapped natural reserves of Afghanistan may well be worth over $4 trillion. It is common fact to note that the country has rich repositories of minerals such as copper, gold, oil, natural gas, uranium, bauxite, coal, iron ore, rare piles of earth, lithium, chromium, lead, zinc, gemstones, talc, sulphur, travertine, gypsum and marble.

With these reserves potentially falling upon the lap of the Chinese, it’s only obvious to state that they are heading towards a future of extravagant prosperity, unlike any other. Alongside the proverbially illimited amount of natural resources being made available to the Chinese, they have also come about with the Belt and Road Initiative (BRI).

The BRI programme, if given the green light to pass through Kabul, would mean that the Chinese are thus provided with a more efficient route through the heartland of Central Asia.

Reaching Peshawar in Pakistan through the Afghan capital would only mean that the entire subcontinent becomes increasingly under Chinese economic grasp. The Kabul-Peshawar motorway would also mean that India’s reluctance to join the BRI would be inconsequential, to say the least.

“Afghanistan in turn has what China most prizes: opportunities in infrastructure and industry building — areas in which China’s capabilities are arguably unmatched — and access to $1 trillion in untapped mineral deposits.” (excerpt)

Hence, it only becomes clearer the reason as to why the Chinese government is looking for ways to begin an alliance with the Taliban. However, it is the entire world’s concern as they sit with bated breath to notice how it changes the entire dynamic of world politics in its entirety.