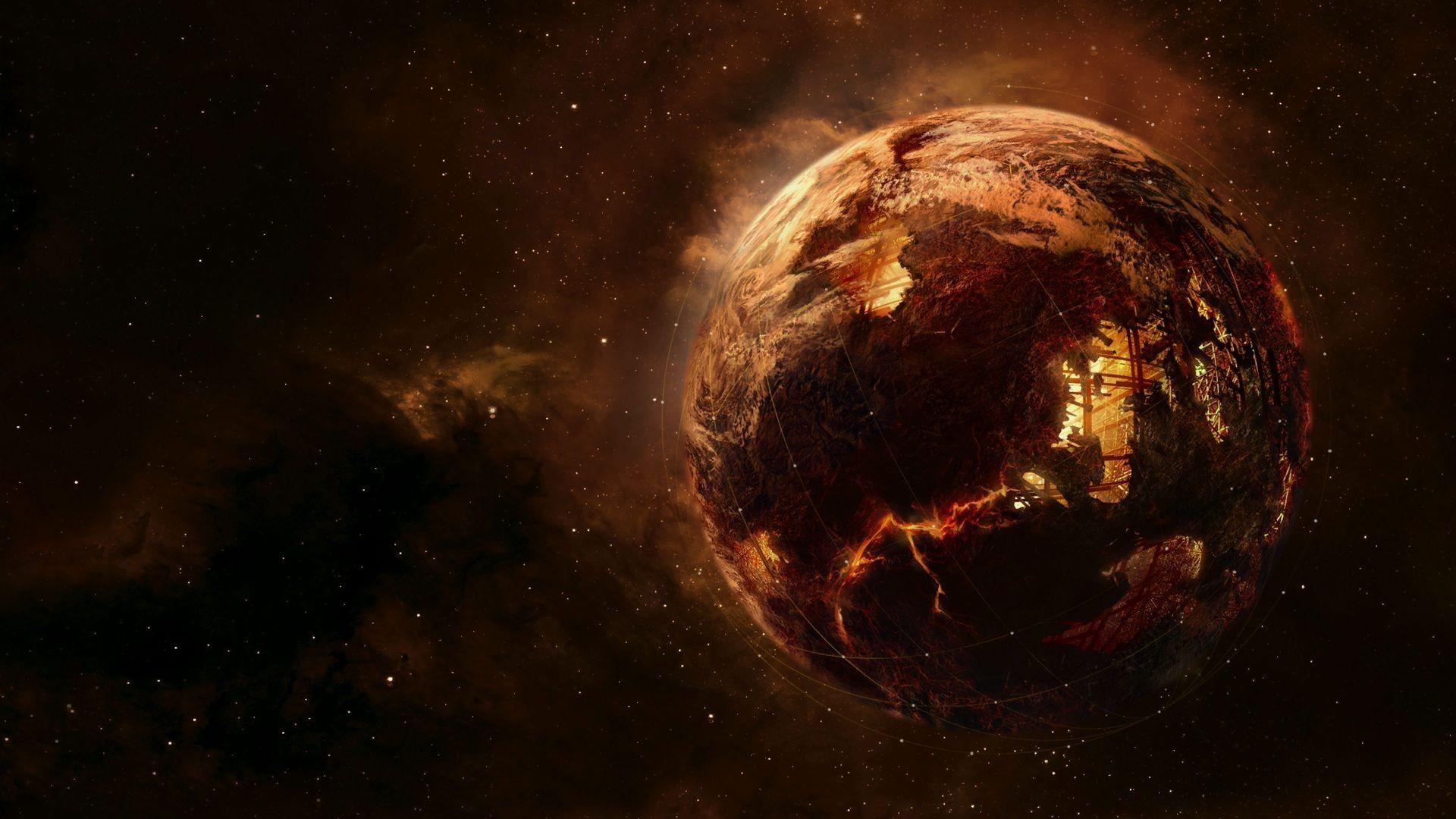 Einstein said that matter or energy cannot be created or destroyed. It can only be changed from one form to another. Earth being a matter in the vast ocean of the universe, must face its end for a new matter to replace it.

Scientists previously believed that the earth had 5 billion years. After which, the sun will lose its energy and swallow most of the solar system. Studies recently found out that the earth’s time is almost towards its end.

Where Art Thou, Oxygen?

5 billion years might not be a short period of time. If earth survives for that long, definitely, human beings will go through multiplicity of evolutions. However, scientists now believe that Earth is not going to wait for the sun to scream its final scream before devouring us. The planet has already entered its decaying stages.

Oxygen depletion has become a major problem for humanity, and it is now but too late to mend the mistakes mankind has been committing for the past millennia. Earth is only a billion years away from totally using up the life-sustaining gas, but that is hardly all.

In the last two decades, about a 100 million hectares of forests have been lost. Add three more decades, and that’s the entire Amazon rainforest being cut down.

In the past decades, the number of wildfires have also increased, some of them being the worst in human history, which caused a significant amount of forests to burn down.

Water pollution is another contributor to oxygen depletion in water bodies, which leads to the death of aquatic life. It’s estimated that around 70% of surface water in India is unfit for consumption.

Every day, almost 40 million litres of wastewater enters rivers and other water bodies with only a tiny fraction adequately treated. Scientists believe that it is too late to make amendments now, especially in developing countries, which require industrial and technological developments.

Water To Ice To Water

Arctic ice is melting at an alarming rate, and it takes no rocket science to figure it out. Global warming has caused 13% of polar ice to melt every decade. It won’t sound like too much, but in the past thirty years, the oldest and thickest ice in the Arctic has declined by 95%.

Experts have pointed out that if the carbon emissions are left unchecked, by the year 2040, there will be no ice on the planet. These miles of ice, which are melting, would have unprecedented effects on humanity. It is not merely the fact that sea levels will rise, causing more frequent floods and tsunamis, but also unpredictable weather.

Summer temperatures are going to rise beyond comprehension, and winters are going to feel like walking naked on the North Pole. Monsoons will go on for months on end, causing severe floods. Southern Australia and the Mediterranean have begun facing prolonged droughts, and wildfires are more extreme.

In India pre-monsoon heat is increasingly unbearable, and cyclonic storms and floods are more frequent. Islands such as Kiribati in the Central Pacific are on the brink of erasing themselves from the maps, due to rising sea levels.

Oceanic ecosystem is changing due to the rising heatwaves, and it is being predicted that by the year 2050, most of the aquatic species will go extinct. Examples of polar vortexes have been seen in the US as temperatures dropped severely, and it is expected that these extreme cold weathers are going to become common in the US.

Arctic ice and permafrost—ground that is permanently frozen—store large amounts of methane, a greenhouse gas that contributes to climate change. When it thaws, that methane is released, increasing the rate of warming.

The UN Deputy High Commissioner for Human Rights Flavia Pansieri noted in 2015, “Human-induced climate change is not only an assault on the ecosystem that we share. It also undercuts the rights to health, to food, to water and sanitation, to adequate housing — and for people on all small island states and coastal communities — even the right to self determination.”

As oxygen is gradually decreasing in the atmosphere, and pollution increasing, as the polar ice is melting, and the globe is growing even warmer, as the weather is becoming more extreme, and human health slowly deteriorating, the Doomsday Clock goes on ticking.

There are plenty of records to prove that we do not have 5 billion years to look forward to. Unluckily, in the next hundred years, we are going to witness some of the most bizarre and severe atmospheric events, which will fast forward the clock by a few more decades.

It will be difficult to cultivate food, and find clean water by 2040. And even if humanity does survive that, in case the governing bodies do something really smart, the rising temperatures will make it almost impossible to survive.

Let’s say for argument’s sake that technology will find a solution to humanity’s survival in extreme heat or cold, which it may, but we know how industrialization has helped the planet in the long run.

Scientists do not believe that there is very much to be done as the damage which has been made is irreversible, but even in the face of this crisis growing under the skin, some countries see hope.

South Africa has pledged to restore 100 million hectares of forests by 2030. YouTubers and actors, such as MrBeast, and Leonardo DiCaprio have invested a lot towards the betterment of the planet, from planting a million trees, to donating billions to NGOs.

What is yet to come, is yet to come. How will this ticking Doomsday Clock affect us? Can we do something at an individual level to make sure it slows down its ticking?

Are you packing for the end of the world?