During mid-June every year, Jains all over the globe start an almost 120-day fasting period of prayer and penance, they call ‘Chaumasa’. During this period, Jains embark on a spiritual tour to seek forgiveness for their sins.

Towards the end of this long festival, just days prior to Ganesh Chaturthi, starts ‘Paryushan’ – an 8-day long period of ultimate tapasya and resistance to worldly temptations.

Let’s dig into this beautiful festival and get some questions answered!

What Is Meant By ‘Paryushan’?

The word ‘Paryushan’ literally translates to ‘abiding’ or ‘coming together’. Paryushan is usually observed in the ‘Bhadrapad’ month of the Hindu calendar.

Paryushan usually extends from the fifth day to the fourteenth day of the bright fortnight i.e. the period of the brightening moon or Shukla Paksha, during the Bhadrapad month of the Hindu calendar.

What Do Jains Observe During This Festival?

Nirvana or salvation is considered as the ultimate goal for the soul. Thus, during this festival, Jains fast for days ranging from 1 to 16 to even 31.

During this period, Jain monks and nuns also stop their travels and usually stay with the community to guide them onto the path of spiritual wisdom, and impart their knowledge among the locals. 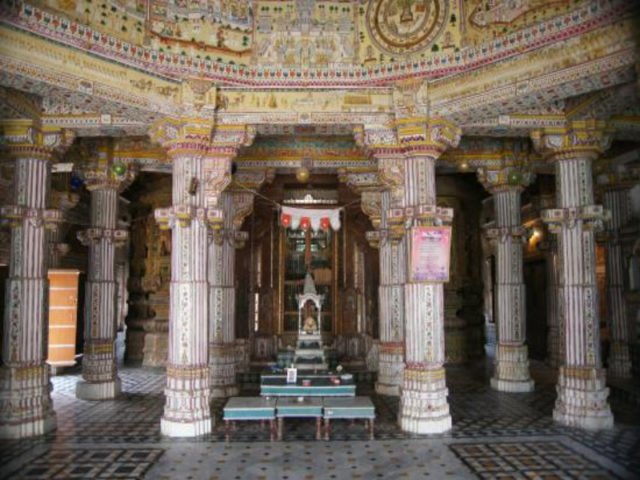 Related: In Pics: The Sindoor Jatra Festival Of Nepal Attracts Tourists From All Over The World

During this festival, Jains are observed indulging in daily meditation and prayer, attending ‘Vyakhyans’ delivered by the various monks and nuns.

It is also seen that most Jains, along with finishing their meals before sunset, drink boiled water exclusively. They eat a much simpler diet and avoid eating green vegetables.

Onions, potatoes and garlic are also avoided since eating them entail killing the entire plant. Since Jainism also strongly upholds peace and non-violence, these food are taboo because of the body heat that they produce.

The fifth day of Paryushan is celebrated as ‘Mahavir Jayanti’ i.e. the birth of one of the 24 Jain Tirthankaras – Mahavir.

Beginning from the fourth day onwards, Jain Sadhus and Sadhvis are seen reading scriptures from ‘Kalpa Sutra’ – a scripture that records the events of Mahavir’s life, the 14 dreams his mother had before his birth, followed by the story of his birth, life and ultimately, salvation.

After their Pratikraman i.e. meditation that lasts almost 2 and a half hour, a Jain usually says ‘Micchhami Dukkadam’, seeking forgiveness for any wrong, he/she might have consciously or unconsciously committed. 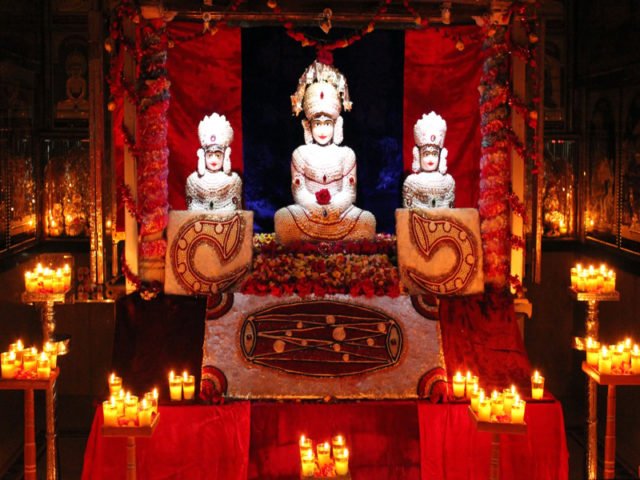 This 8-day long festival is a culmination of ultimate energy in Jain households as members of the community are seen fasting for as long as 31 days, living only on boiled water, which they can drink only after sunrise and before sunset.

Penance is given much importance during this festival.

Along with penance, there is also joy and prosperity all around. Hand-made diyas in many temples, though burning dim, light up the hearts of many.

Forgiveness is another feeling that is given importance. Jains are seen abiding by the principle,

“Our love extends to all human beings, and our hatred is non-existent. We wish prosperity for everyone and happiness in this world.”

On this very thought, I’d like to say ‘Michhammi Dukkadam’ to every reader out there, and I wish all of you a happy and a prosperous life ahead.