On 14th June 2020, Indian actor Sushant Singh Rajput was found dead at his residence in Bandra, Mumbai. He was best known for his notable performances in Bollywood films like M.S Dhoni: The Untold Story, Kedarnath, Chhichhore and Dil Bechara. 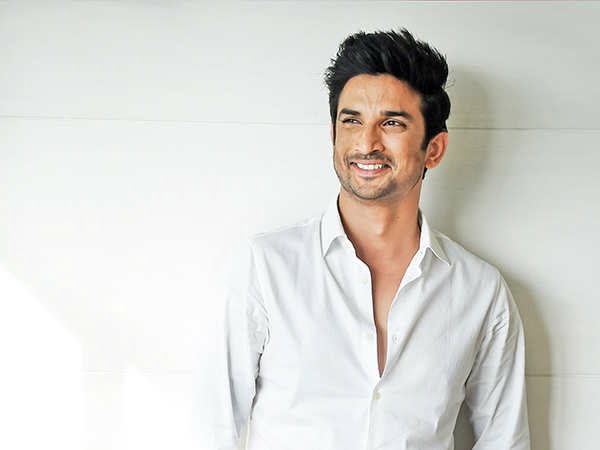 According to post-mortem reports, the actor died of suicide by hanging himself from the ceiling in his room.

The investigation by Mumbai police revealed that he was suffering from depression and was on medication.

The case was transferred to the Central Bureau of Investigation (CBI) after Sushant’s maternal uncle, Bihar’s politicians, actor Shekhar Suman and others demanded a special inquiry in the matter, raising questions regarding the cause of his death and apprehending it as murder.

The shocking and untimely demise of SSR left his fans heartbroken and the case gained widespread media coverage for several months.

CBI Act Upon SSR Justice Trends On Twitter With #JusticeForSushantSinghRajput

The netizens demanded justice for SSR and urged CBI to investigate the case of Sushant Singh Rajput’s death on Twitter. They called for immediate action on the case which has been pending for more than a year now.

SSR fans have also demanded justice for Sushant’s manager Disha Salian, who died a week before his death. 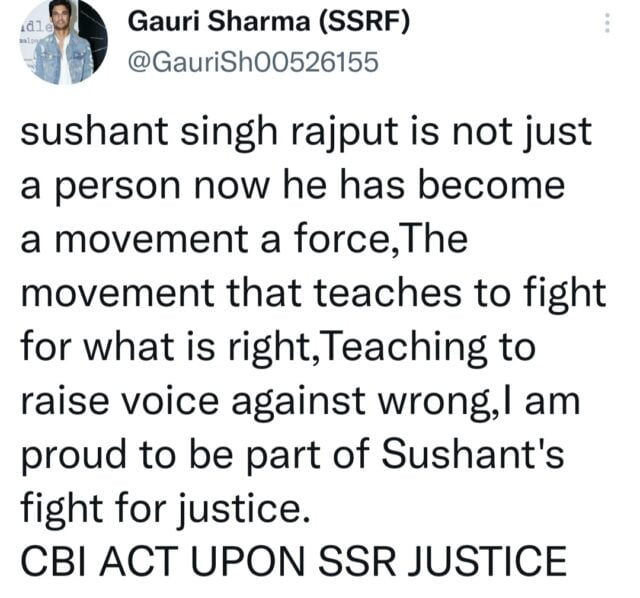 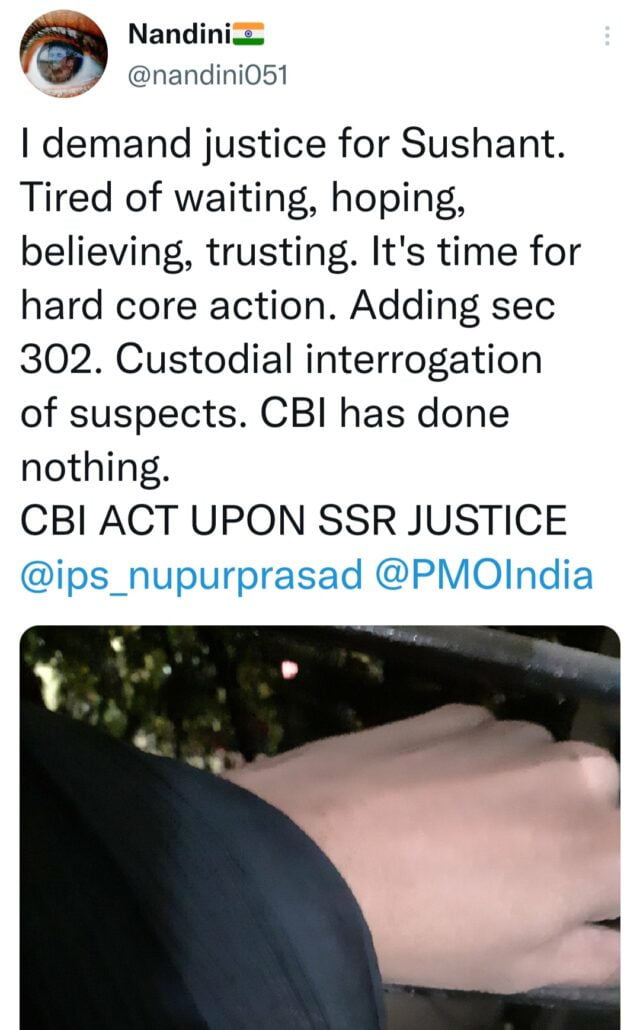 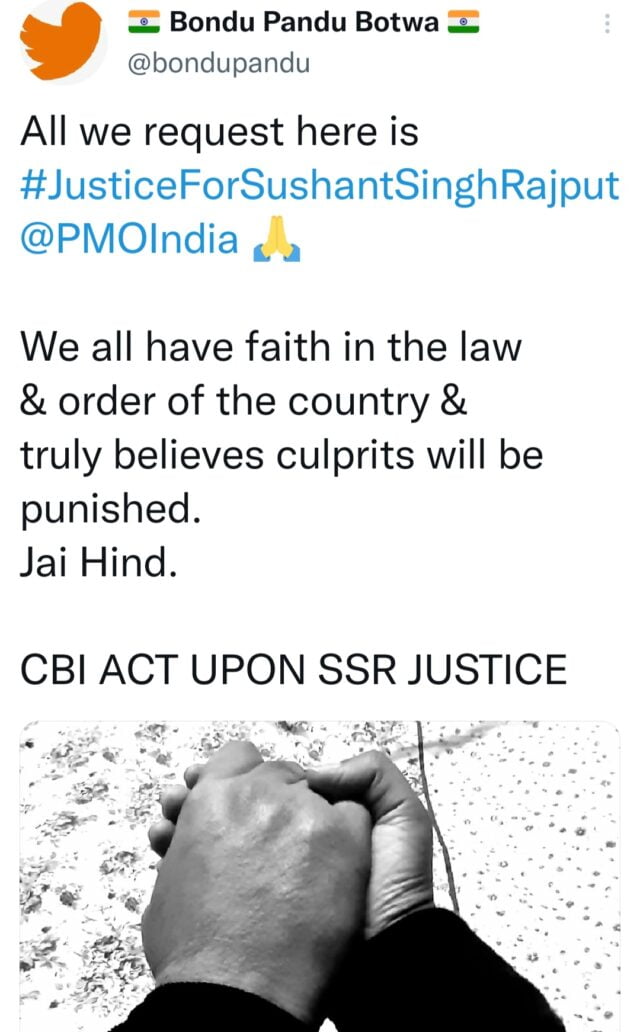 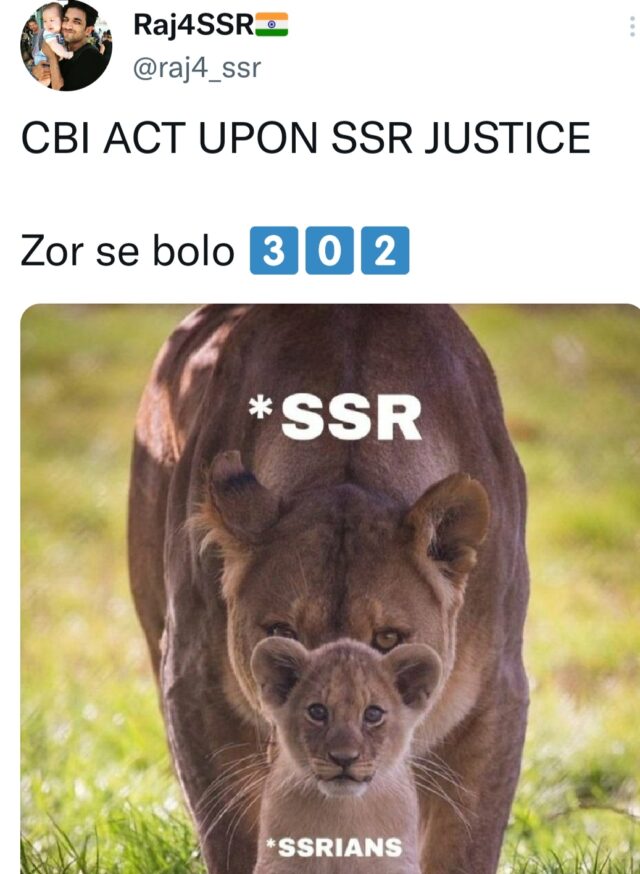 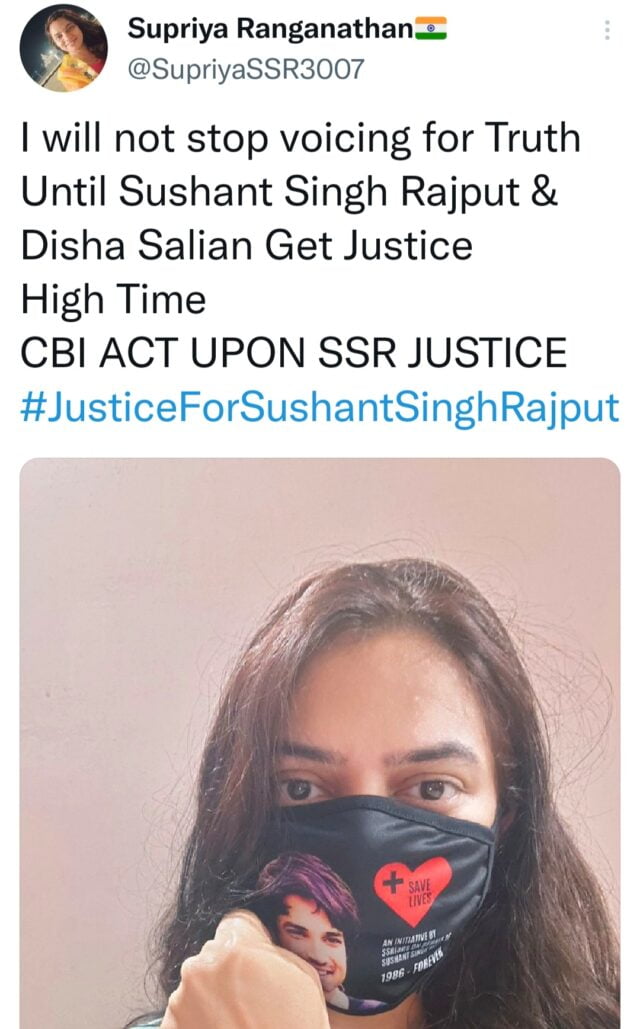 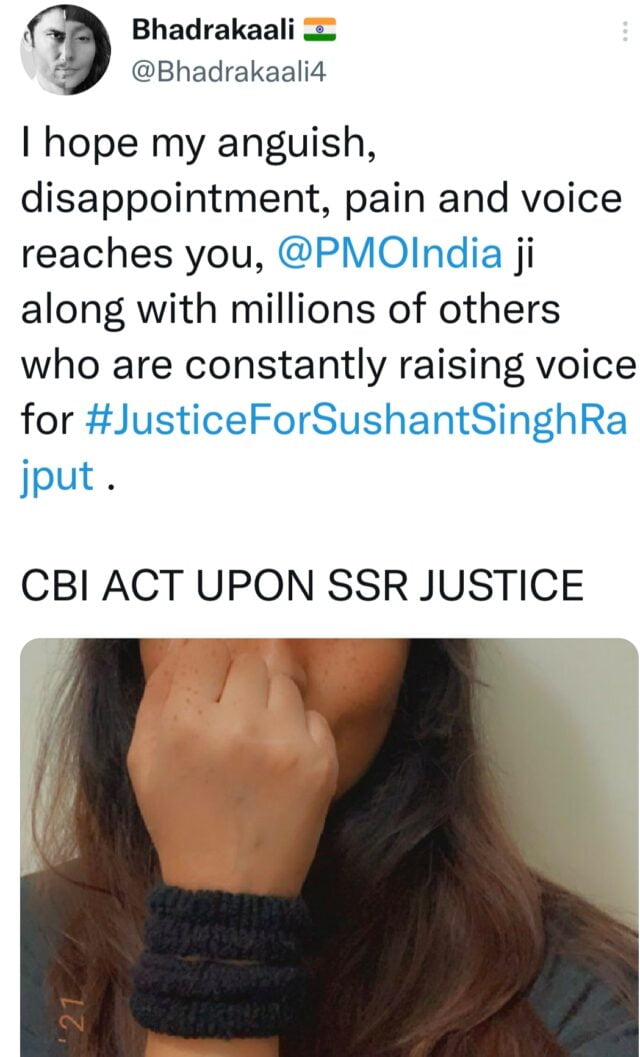 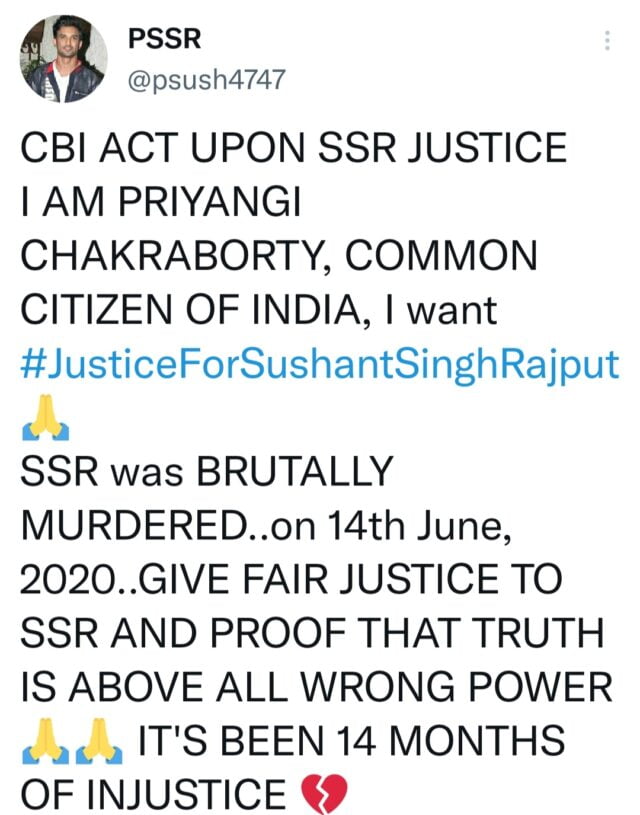 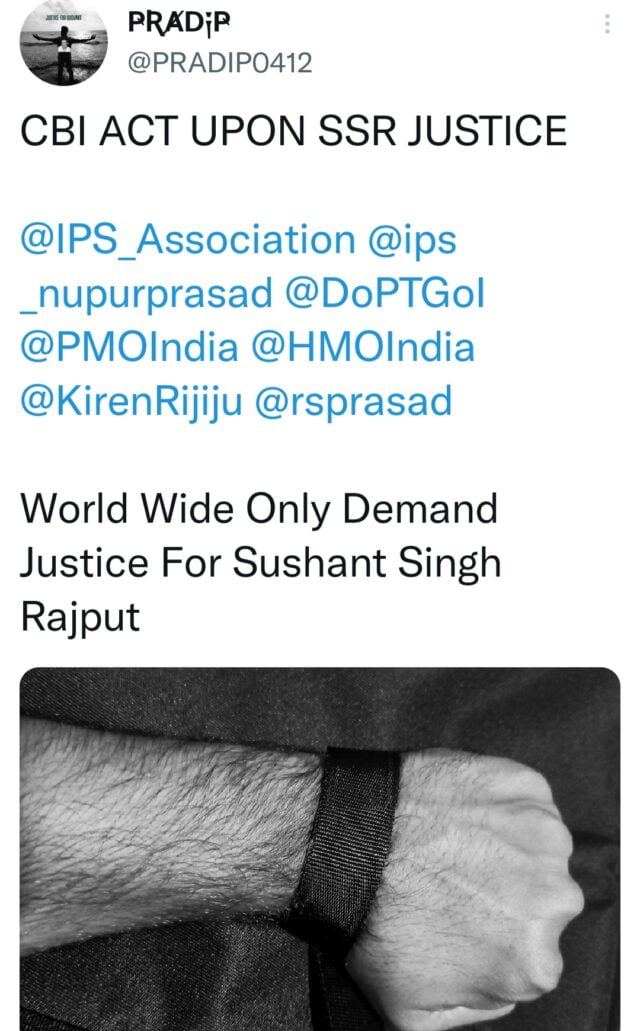 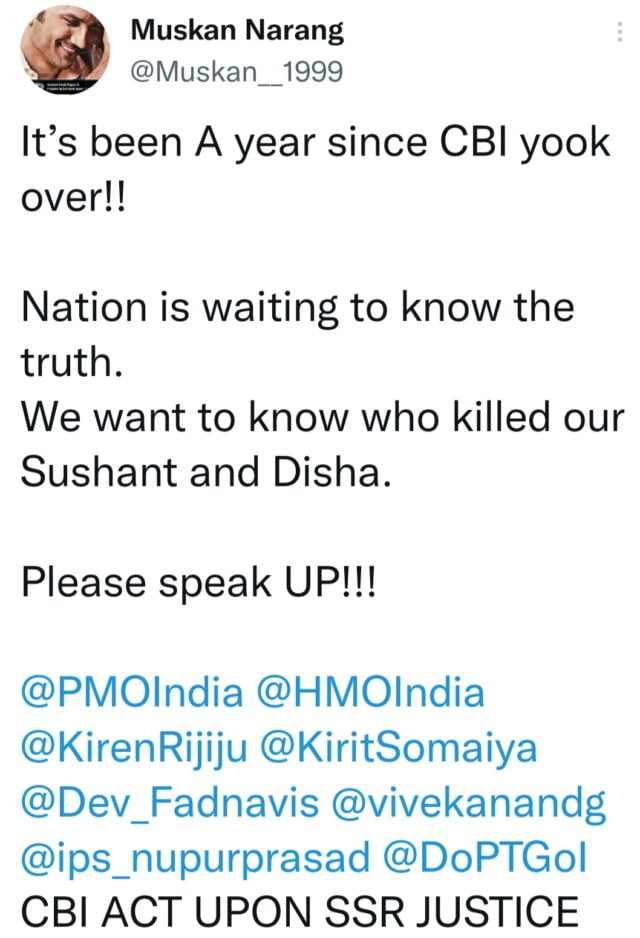 People voiced their demand for catching the culprit behind Sushant’s death and also tweeted about imposing section 302 that deals with punishment of committing murder under the Indian Penal Code.

They also appealed to Prime Minister Narendra Modi for bringing justice to Sushant Singh Rajput by tagging him in their tweets.

Many users posted a picture of themselves wearing black masks and hand bands as symbols of fighting against injustice.

People have faith in the laws of the country and hope that CBI will act upon Sushant’s case and justice will be granted to him and Disha.

When Your Friend Speaks Up For You, No Fake Narrative Stands A Chance In Front Of It #SushantSinghRajput

Social Opinions Shouvonik Bose - December 5, 2021
India is on the right track for non-fossil fuel energy production, as it achieved this huge feat with 9 years to spare. Some Details "At COP...