Ajay Nagar, famously known as Carry Minati is a celebrated YouTuber. Popular for his quirky and funny content, he is an internet sensation with one of the highest number of subscribers on YouTube.

Carry Minati’s video titled YouTube v TikTok went viral recently, acquiring a huge number of views. The video was a response to Amir Siddiqui, who is a TikTok star but just after hours of going viral, the video was taken down by YouTube.

The video streaming firm claimed that Carry’s content was against YouTube’s terms of service. Later, a video by Kunal Kamra surfaced on the internet where the comedian took a jibe on Carry Minati.

However, the feud didn’t end here. Carry Minati is back, stronger than ever, showcasing another of his talents to his fans.

Carry Minati dropped his rap song, Yalgaar yesterday. The song is in collaboration with Wily Frenzy.

Throughout the song, which has won hearts of numerous Carry Minati fans, Carry pours his emotions, explaining his side of the story. He also mentions about the betrayal he had to face during the controversy in the song.

Twitteratis are supporting the song and it is trending on Twitter. While some are congratulating Carry for the huge success of the song, memers have found fresh content for entertaining people.

Read Also: Here Are 7 Bengali YouTubers Who Are Making A Name For Themselves

Twitter is flooded with tweets and memes around Yalgaar which will surely tickle your funny bones. 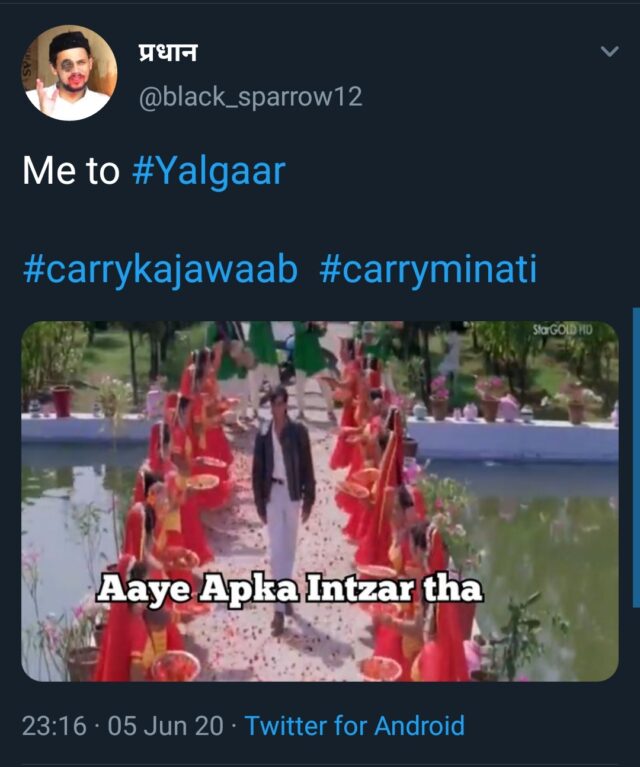 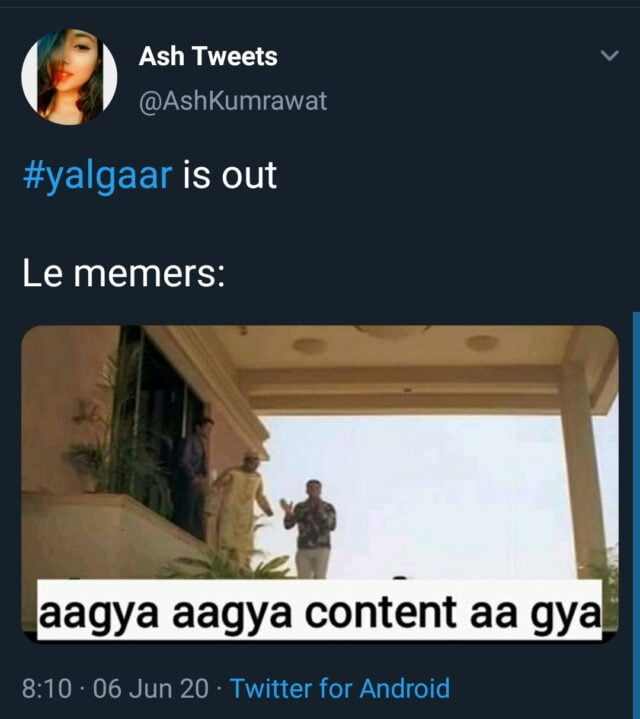 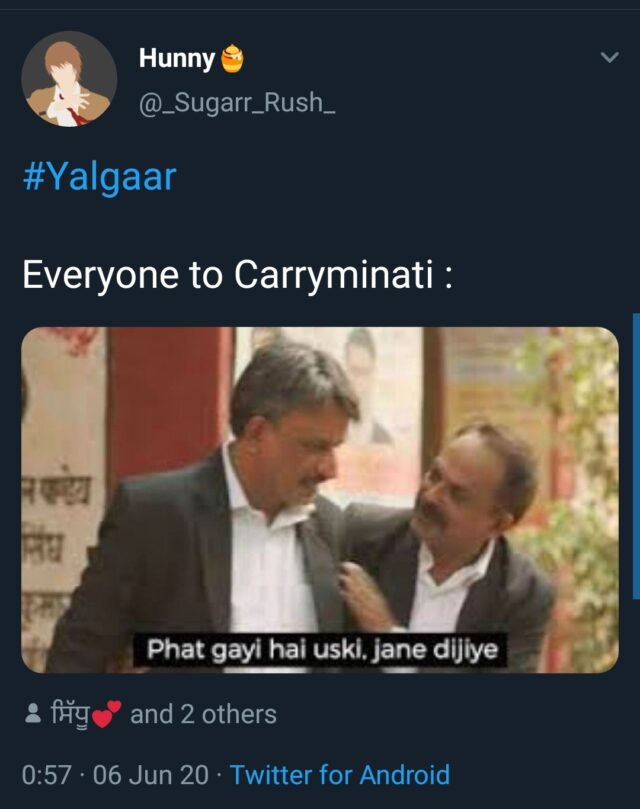 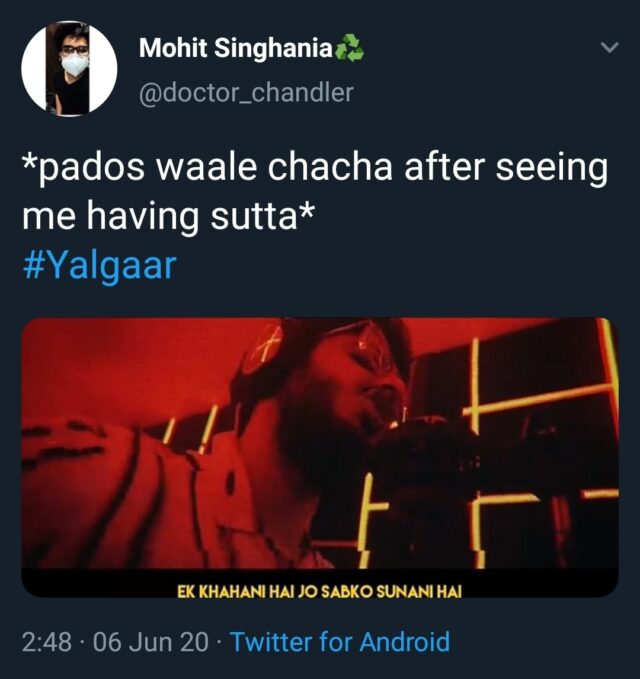 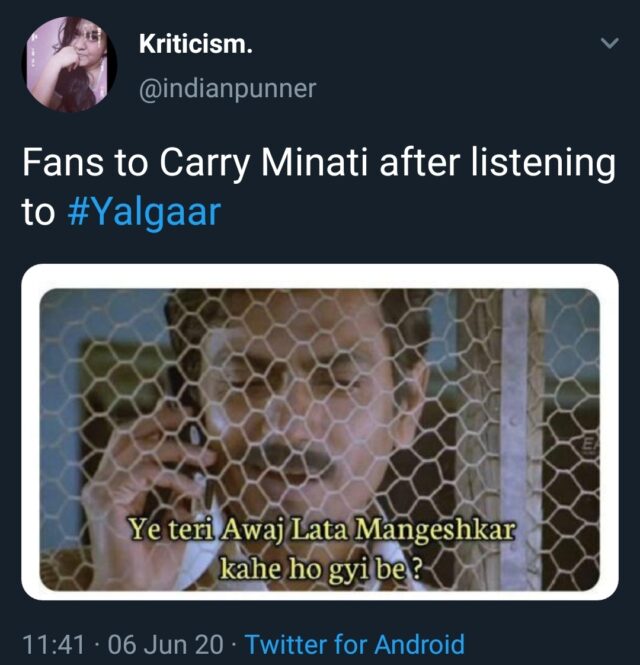 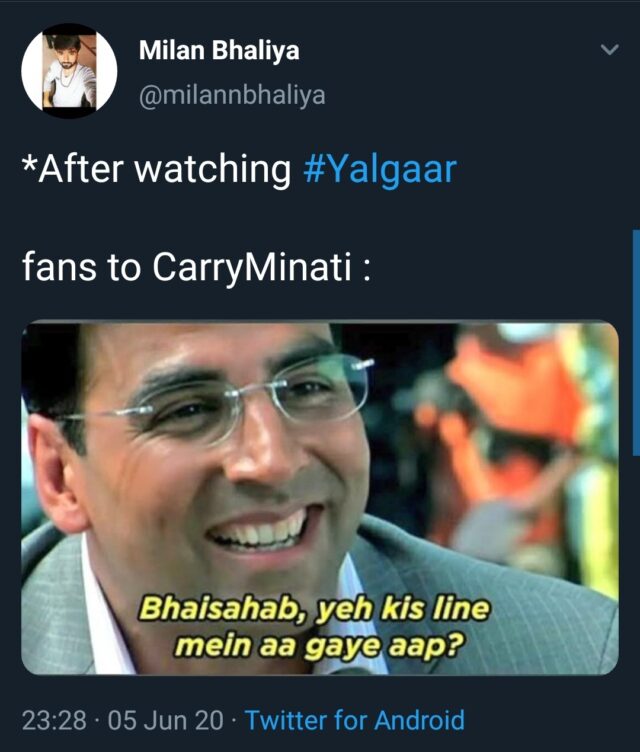 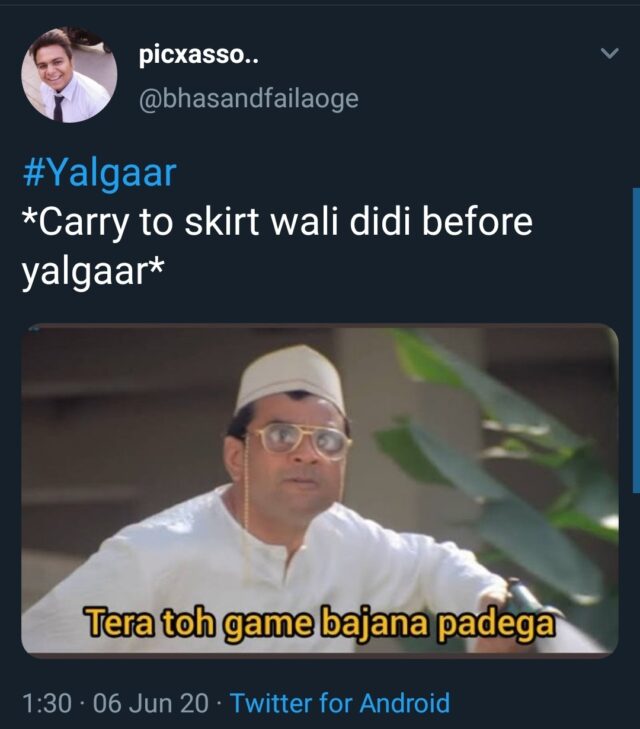 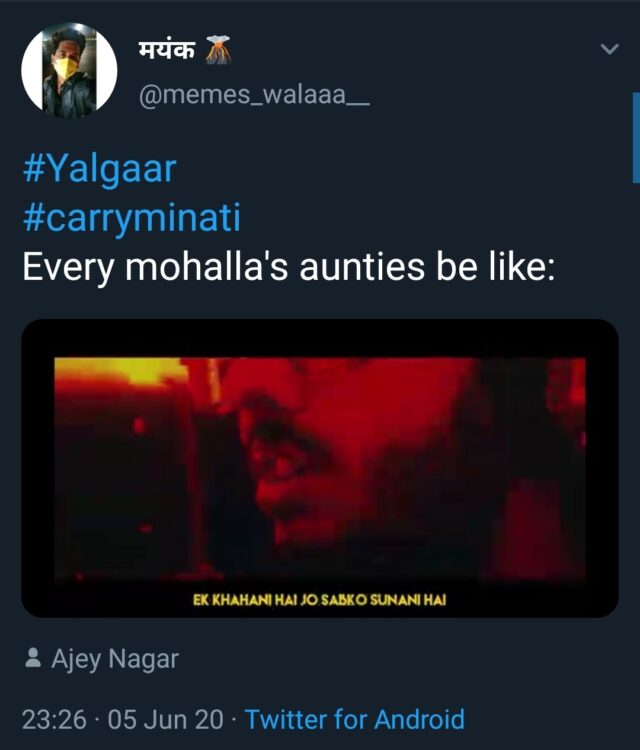 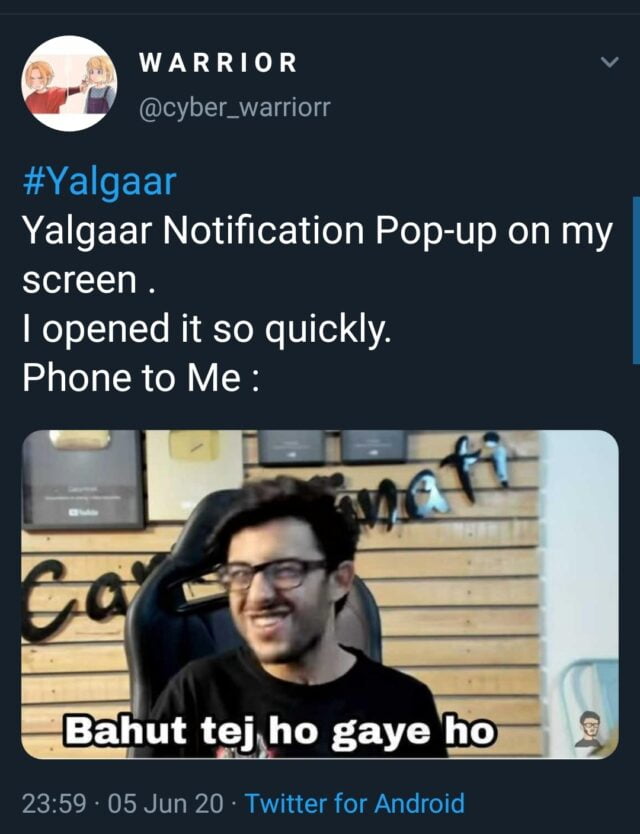 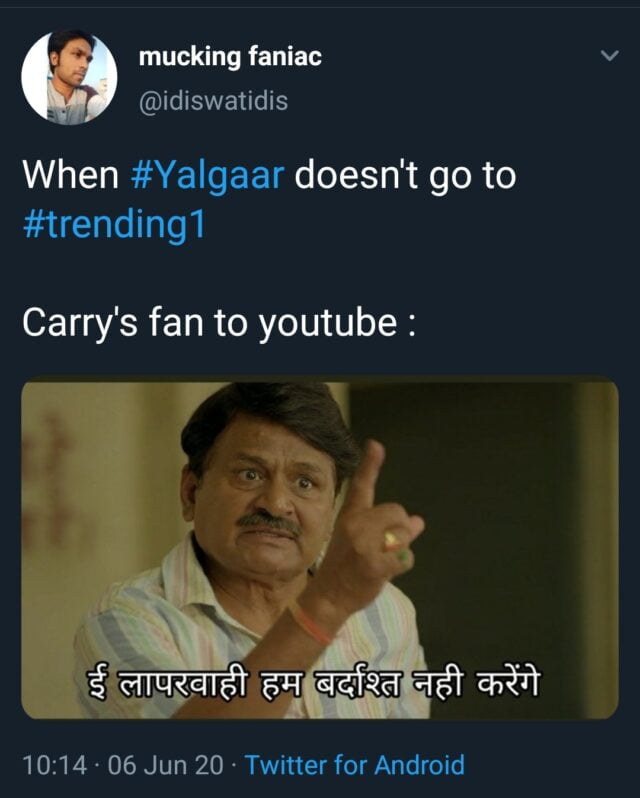 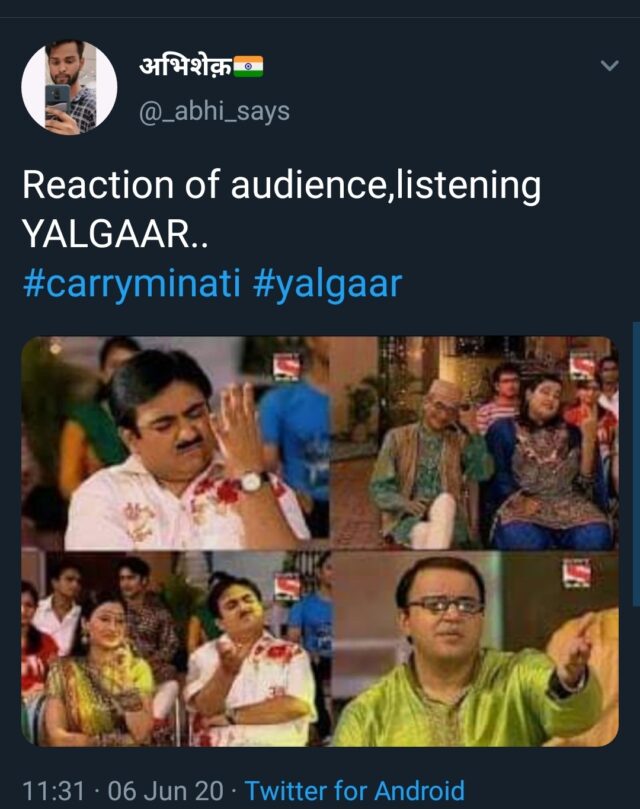 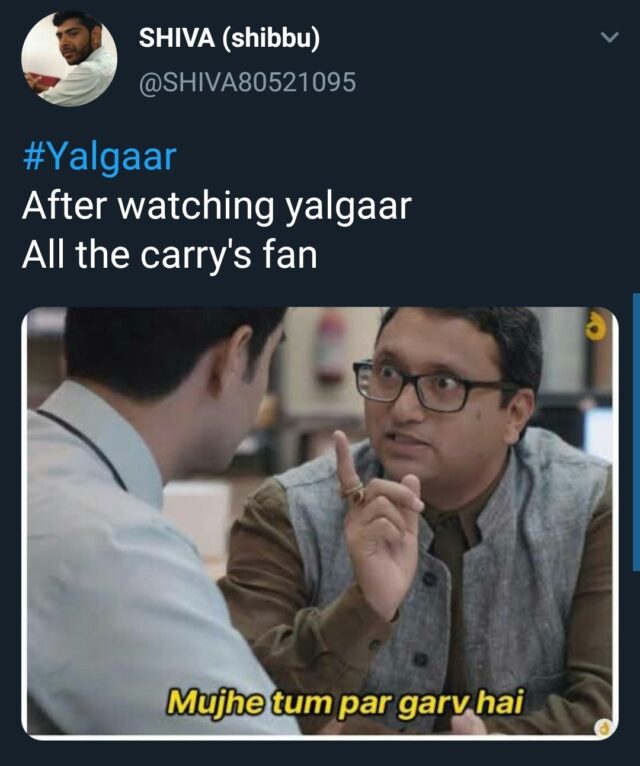 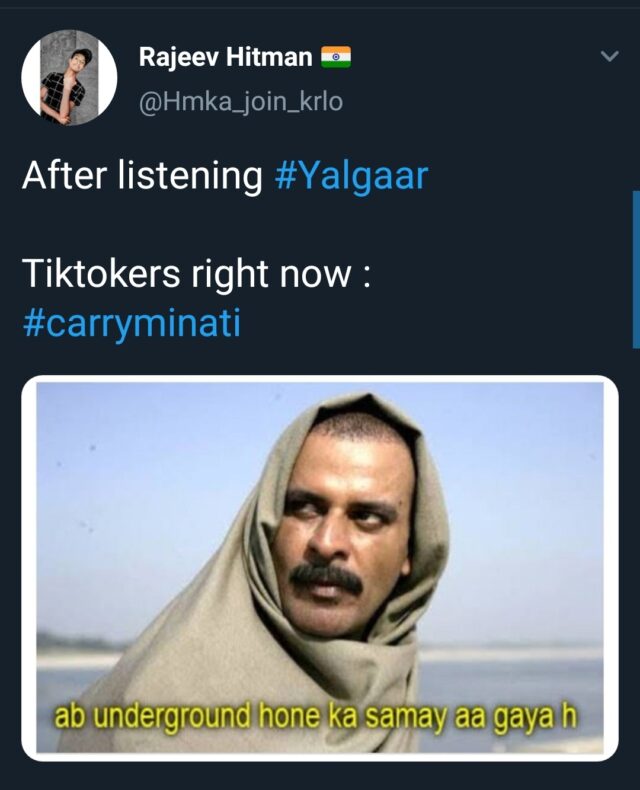 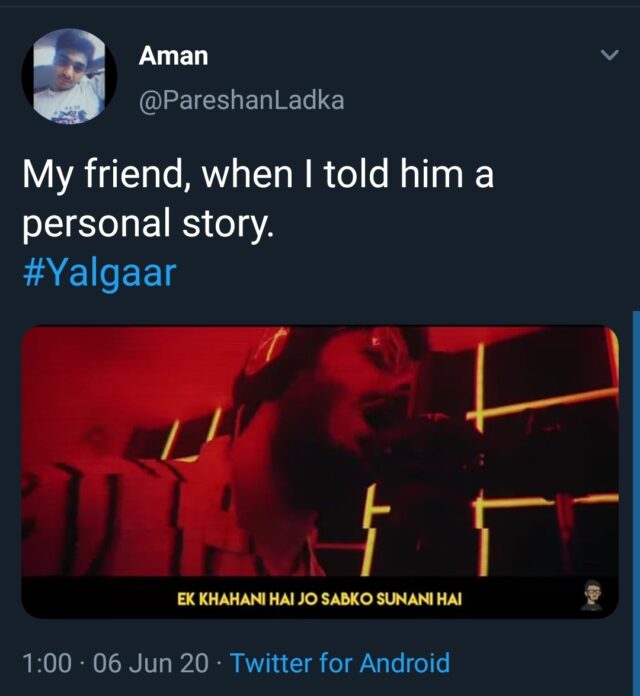 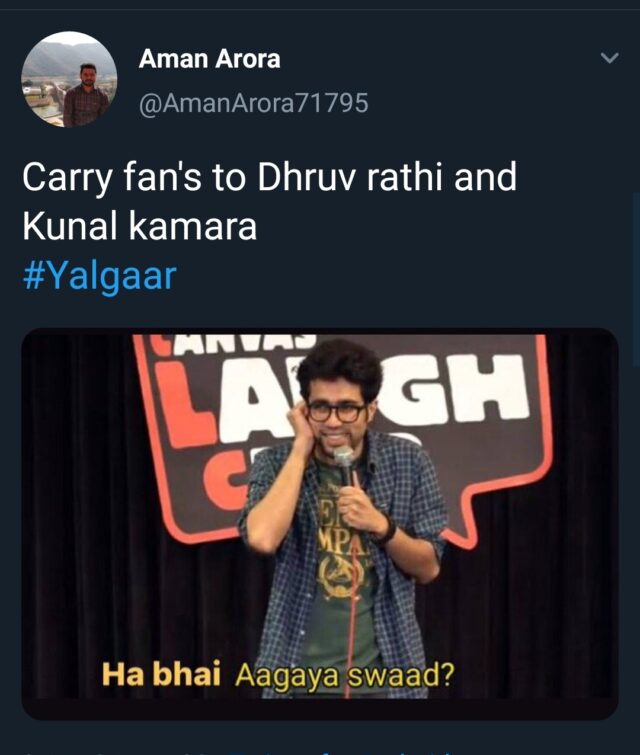 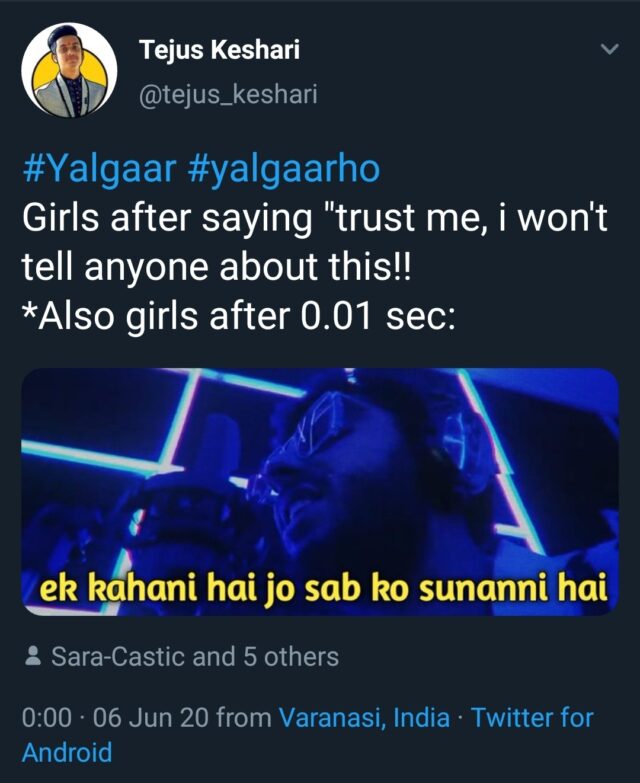 While most of us had thought that the YouTube v TikTok war had come to an end, Carry’s reaction has added fuel to the debate. In the next few days, people will surely see replies from TikTok and YouTube stars, indicating that the fight is likely to continue for a bit longer.

Which Influencers Led To The TikTok Vs. YouTube Faceoff And Who Won In The End?