On social media, it is very common to come across memes mocking girls for their choice of boys. Posts like “They complain that their guy treats them badly, yet they don’t like nice guys” are not new, and not rare. But, how true are such statements? Well, I can’t speak for other girls, but for me, it’s partially true.

I really don’t like guys who are only nice. Before you officially label me as a psychopath, please read the statement again and focus on “only”. I do like nice guys.

There’s no scope of liking someone who does not check this basic criterion. But, if niceness is all that the boy has to offer, then I would steer clear of him.

Niceness Is The Bare Minimum That You Can Offer

Being nice is not a talent. It is not something that you should be awarded for. As civilized human beings, being nice is the least you can bring to the table. You can’t expect to date someone and not be nice. That combination doesn’t even exist.

If I am expecting to date a guy, I wouldn’t expect him to like me based solely on the fact that “I am nice”. Why guys expect that is out of my understanding.

Niceness Is Not A Personality Trait

Moreover, when I like a guy, I like him for his sense of humor, his wit, and how his interests align with mine. If he can challenge me to be the better version of myself, then it is a good green flag.

But, being nice is not a personality trait. Not really. What do I do with your niceness if we can’t even settle on the same genre of movies? Or if you start preaching every time I make a self-deprecating joke? I would want the boy to share some interests with me, and no, that is not expecting too much out of him! 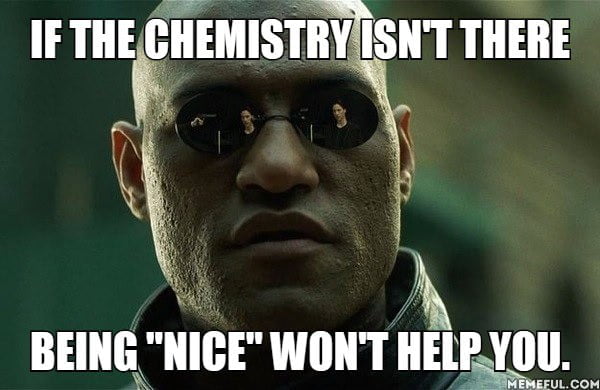 Maybe The Guy Is Not As Nice As He Thinks

If you think that the girl owes you something for fulfilling this basic criterion of human decency, then maybe you are not as nice as you think. If you act all nice and courteous when you are asking her out, but then bitch about her and how she is a poor judge of character when she rejects her, you are the problem bro!

The girl saw this in you before you could see it in yourself and probably that’s why she rejected you in the first place. Not because you are too nice, but because you are pretending to be nice. 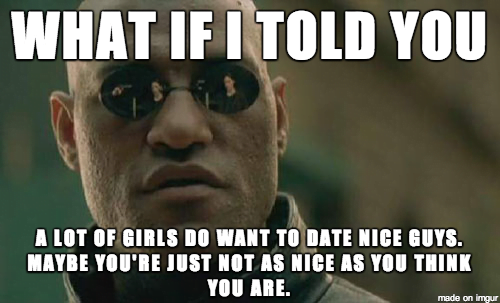 Now you know my reason for not liking guys who only boast about how nice they are.