The beautiful city of Madhya Pradesh is well-known for UNESCO recognized Khajuraho sculptures, caves of Bhimbetka, Kanha and Bandhavgarh National Parks, ancient temples of Ujjain, and Buddhist stupas at Sanchi.

But it was acknowledged by the world for yet another reason as PM Narendra Modi on Friday inaugurated Asia’s largest solar power plant with a capacity of 750 MW power generation in Rewa, Madhya Pradesh. 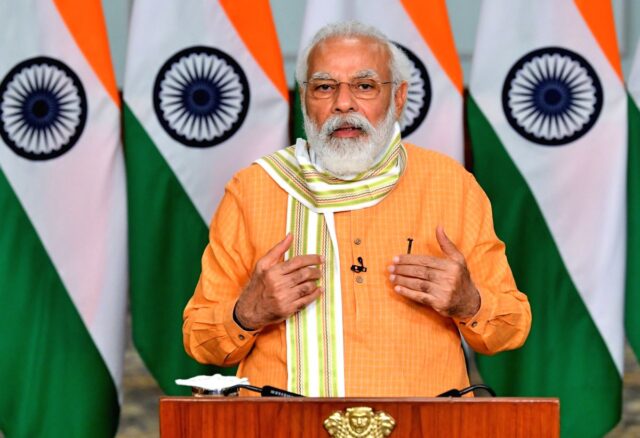 Who will benefit from this?

The beneficiaries of the project include industrialists, farmers, the urban poor, and Adivasis of Madhya Pradesh. Apart from this, the Delhi Metro will get 24 percent of energy.

It aims at making India self-reliant in the power market and is a part of the broader Make in India project, which is a variant of Swadeshi movement, according to Modi.

India will become one of the leading producers of solar energy along with Germany, China, Japan, Italy, and America with the success of this project.

Ministry of Information and Broadcasting reported that the solar power park in Rewa consists of three solar power generating units, each having 250 MW power capacity and covering a 500-hectare plot of land.

In totality, it spreads over 1,500 hectares and was developed by the Rewa Ultra Mega Solar Limited (RUMSL), which is a joint venture of Solar Energy Corporation of India (SECI) and Madhya Pradesh Urja Vikas Nigam Limited (MPUVN). 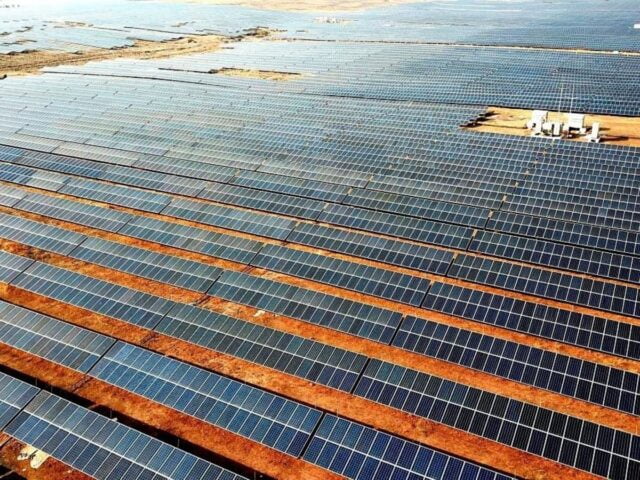 The Centre allocated Rs. 138 crore to RUMSL for the successful completion of the ambitious and grandiose mission of transforming India into a world hub of cheap and pure electricity.

Solar energy as the future fuel of India

Solar power is a “sure, pure, and secure” source of energy that will aptly meet the increasing energy demands of the 21st century according to PM Modi.

It is sure because the sun would brightly shine throughout the world and provide us with much-needed warmth and heat. Solar power is a non-exhaustible and renewable energy resource, unlike coal and petroleum.

Moreover, India being a tropical country is endowed with solar heat radiations in generous amounts every day.

It is pure because of its environment-friendly nature. It is expected that carbon dioxide emissions will reduce significantly.

Read more: How Something As Damaging As Plastic Has Become Our Savior During COVID-19

It represents the world’s hope of moving forward on the hope-filled luminous path of sustainable development.

The Brundtland Report defined sustainable development as “development that meets the needs of the present without compromising the ability of future generations to meet their own needs.”

The project also represents India’s longing to cope with climate change, biodiversity loss, conflict, and resource scarcity in a novel and innovative manner.

It is secure because it strives for ‘aatmanirbharta’ or self-reliance. Inculcating a spirit of self-confidence is a pivotal step for reaching new heights of progress and development.

While the whole world is engrossed in the debate about whether economic development at the cost of the environment is favourable or not, we Indians must recognize the fact that the environment and economy are two sides of the same coin. They must go hand-in-hand.

Both sides represent the same cause, i.e., mankind’s effort to lead a healthy, peaceful and fulfilling life. The Rewa Ultra Mega Solar is a testimony to this realization on the part of the government. Environmental protection is a must.

With this big step towards embracing non-conventional energy resources, India will surely become a producer, exporter, and attractive market of clean energy.

The Rewa Solar Power project was awarded the World Bank Group President’s Award for its twin goals of maximizing energy efficiency and at the same time benefitting the environment through clean technology. The project was an important part of PM’s “A Book of Innovation: New Beginnings”.

The solar power plant at Rewa truly illustrates a new beginning for India in providing its citizens with clean energy at a cheap cost. It is a sure thing that India’s attempt of reaching its full solar potential will serve as an inspiration for the rest of the world.

With its resilient project structuring and technology innovations, Rewa solar project will be an efficient and trustworthy model.

CBSE Doesn’t Want Students To Learn About Secularism And Citizenship During The COVID Year: But Why?