Big Names Deliver But The Reigning Champions Faulter : The First Gameweek Of The Premier League Season Summed Up

Manchester United win, Liverpool thrash Arsenal and the reigning champions falter against Hull City. The Premier League is back with a bang!

The reigning champions Leicester City started their Premier League campaign with a surprise defeat against minnows Hull City on the first day.

It was a brave performance by Hull City as Riyad Mahrez’s penalty, which equalized for Leicester early in the second half wasn’t enough as they fell to a goal by Robert Snodgrass in the 57th minute. The match finished 2-1 to Hull and deservedly so.

On the blue side of Manchester, Pep Guardiola got his first taste of the Premier League after his side got lucky against Sunderland via a late own goal, after an early penalty by Aguero and a sublime finish from Jermain Defoe had equalized the affair.

The culprit for Sunderland was Paddy McNair who scored an own goal on his debut. A day to forget for the man.

Even though Manchester City dominated possession, they needed a little luck to survive and would look onto this unimpressive win to avoid future slip-ups.

On the red side of Manchester, United took on Bournemouth, with the prospective talisman Zlatan Ivrahimovic scoring on his Premier League debut to make it 3-1 to Manchester United, with Wayne Rooney and Juan Mata also scoring.

Adam Smith could only provide a consolation goal in an otherwise dull performance from Bournemouth and Jose Mourinho took plenty from the game, showing that even in Paul Pogba’s absence, the midfield department is well taken care of.

Coming to the most mouth watering clash, Arsenal fell victims in the first gameweek of the Premier League to their rivals Liverpool, as Jurgen Klopp’s men fought their way to a 4-3 victory against the Gunners.

Phillippe Coutinho was the star man, scoring 2 goals, one via a gorgeous free kick and one via a neat finish inside the box. Arsenal could’ve had 4 as well, had Theo Walcott not missed an early penalty.

For the final game of the first gameweek, Chelsea took on West Ham United and came out on top after a dramatic game in which Diego Costa’s late goal wrapped up the game for The Blues and marked the club’s return to winning ways.

Former Player Of The Year Eden Hazard scored a penalty to make it 1-0, only for West Ham to equalize via Collins and finally, Chelsea had the last laugh as Costa made it 2-1.

All in all, it was a brilliant showdown to get the Premier League season underway with the big guns delivering well.

It will be interesting to see if Leicester City pick things up and mount a title defence this season against the big boys or will it be a one season wonder theory which will see the big clubs dominating again?

You’d also like to read : Our Predicted Top 5 For The Premier League This Season

Facebook
Twitter
Pinterest
WhatsApp
Previous articleIs Pokémon GO The Greatest Open World Game Ever?
Next articleShows You Can Watch to Scratch That Game Of Thrones Itch 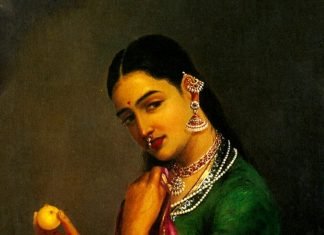 Samyuktha Nair - December 6, 2021
The standards of beauty vary from generation to generation, with trends going in and out of fashion, surfacing from almost anywhere. Contouring, strobing, baking, feathered...