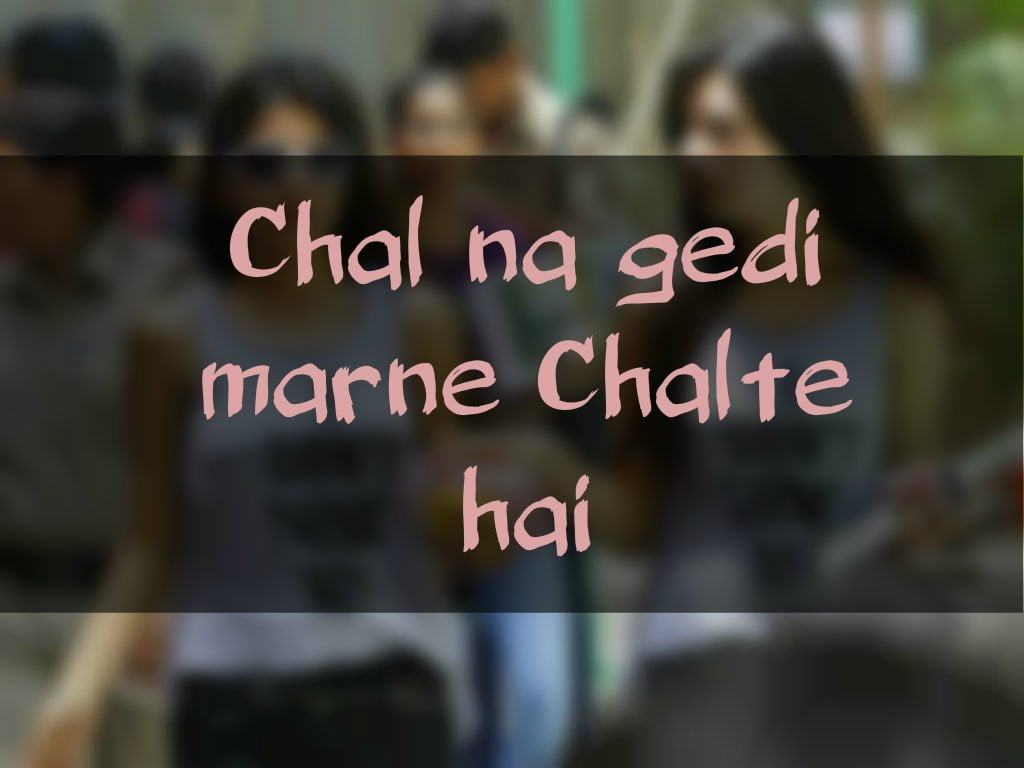 Having lived in Delhi all my life, I have grown up with certain specific words being spoken around me. Growing up in a Punjabi household has made me observe the gradual creeping in of the language into the language of Delhi, along with certain Haryanvi influences as well.

This has ultimately resulted in the formation of what we call today as ‘The Delhi Lingo’.

A part of what constitutes this unique language, is the fact that Delhi borders Haryana and UP.

Through essentially Noida, Gurgaon, and Faridabad, Delhi transforms into Delhi NCR, which perhaps too, leads to permeation of local words and phrases.

Delhi, being a metropolitan city, witnesses a large chunk of migrants from all across the country, thereby contributing to its heterogeneity.

In spite of coming from different ethnicities and cultures, the people who settle in Delhi, ultimately take to the lingo, easily making it their own.

There are certain terms and phrases which uncharacteristically scream ‘Delhi’. So here’s a closer look at what constitutes this semi-Punjabi-Haryanvi-Delhi lingo.

In the unique language of Delhi, ‘bhai’ can be used to refer to anyone from a good male friend to a close female friend. A gender-specific term in Hindi becomes gender neutral when spoken in the context of the Delhi lingo.

‘Bhaiya’ interestingly is used in a somewhat different context. Everyone, ranging from the local vegetable vendor to the autowallah is a ‘bhaiya’.

A Punjabi word by origin, ‘vella’ refers to anyone who is jobless or has nothing constructive to do. People who while away their time or do mundane things are often called ‘vella’. They’re then promptly told to “get a life”.

‘Chep’ essentially refers to anyone who is being uncharacteristically clingy at awkward times and attempts to indulge in unwanted conversations.

The term ‘bhasad’ is used to describe large crowds in the context of the Delhi lingo.

‘Jugaad’ is perhaps one of the most commonly used words in Delhi. It essentially means having a temporary fix for everything. It is based on the creativity of the mind and is usually induced due to the paucity of time.

This word too, reeks of Delhi. It’s perhaps the most difficult to define. ‘Chaud’ is more a feeling than anything else. It is used to define a notion of extreme attitude, due to certain achievements either by moral or self-induced virtue.

Contrary to the English language context of the word ‘sir’ which is marked by respect towards the male person being referred to, in the Delhi lingo, it is marked by giving respect to another person, usually sarcastically or as a substitute to ‘bhai’.

‘Gedi’ refers to mindless loitering, around a place, mostly without an ultimate goal or agenda in mind.

‘Jhak’ is an interesting one. It refers to fulfillment of unfruitful tasks which are essentially not important.

The words ‘banda’ and ‘bandi’ literally mean ‘boy’ and ‘girl’ respectively in Hindi. However, in the context of the Delhi lingo, they refer to someone’s ‘boyfriend’ and ‘girlfriend’ respectively.

These are some of the everyday terms that form a part of the ever so out-of-the-box Delhi lingo.

Other words among this dictionary are BHAND, meaning drunk or high, THULLA, meaning cop, TOTTA, meaning a hot girl, BT, meaning bad trip and lastly, the huge collection of swear words or ‘GAALIS’.

Somehow, all these slangs find a place for themselves amongst the MCs, BCs and “Tu jaanta nahi mera baap kaun hai”.

While there is much more to the Hindi or rather ‘Hinglish’ that is spoken in Delhi, these words are merely a part of what provides the language with a distinct identity.

The Delhi lingo, somehow becomes an all encompassing medium of interaction amongst the people of Delhi. It provides an uncanny uniformity to the otherwise diverse nature of the capital city.

Dear Millennial: Stop Hiding Behind Body Confidence/Positivity For Being Unhealthy/Unfit