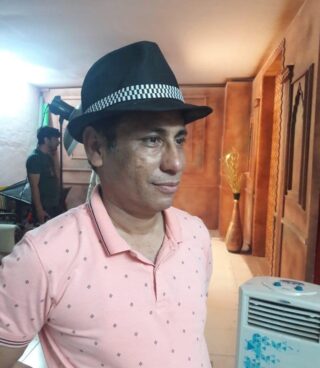 Dreams Chaser Media, is a Talent and Advertising Agency . The foundation of the firm was led by Alpesh Shah in 2016 at Ahmedabad Gujarat later on branch was started at Mumbai vile parle. Alpesh was born in Ahmedabad, Gujarat. But he completed his schooling from Pune and after permanently settled in Mumbai, Maharashtra.

They even manage the work of Brands and other companies too. They also hunt for new talent who want to grow in the industry. Dreams chaser media as a PR handles few artists from Indian television and film industry as well they handle few International artists too and hunt for the good opportunities which are suitable for them.

Everyone has a different talent and way of working ,it’s a little bit difficult to find work which will be apt . But that’s what challenges are all about. His agency aces each and every difficulty with grace and does an amazing job.

Alpesh recently tried his luck out as a director & producer in Indian film industry. As DOP Alpesh has done two web series whose release dates were postponed due to the COVID-19 pandemic. He was working on both the projects since 2019,the projects came to hold but he is planning to release both the projects by November 2021 under his production.

Alpesh is a family man. He loves to enjoy quality time with his family. Be it be outings, dining out or entertaining themselves at home. Being a family man himself, the two web series projects that are going to be on air in November 2021 are the kind which can be enjoyed with the whole family. He kept in mind the people of each age group and is producing the series which is based on horror and comedy. Alpesh says it’s a promising project and people are going to love it.

The series will be released on well-known OTT Platforms under the banner of Dreams Chaser Media production. He gave a chance to many fresh faces in the industry whose work needs to be recognized. Other than that there are many well known faces from the film and television fraternity.

On asking what always keeps you going , he answered that his parents, his wife, his teachers are his mentors, their trust in him keeps him encouraged and he wants to make it up. Second was his belief in the almighty . He says he will surely serve you back the fruit of your hard work that you deserve. Just keep on trusting him.

Alpesh Shah’s strengths are his creative mind, his dedication towards his work, his patience to do anything for his client’s satisfaction and his determination to do the best at each and every attempt and to come out even better than before. Because it’s all about growing at every step.

For every new project he sees this as a challenge , a challenge to outpace himself. To do better than what he did previously. To work even harder and to come out with something amazing all over again.

Alpesh is undoubtedly an amazing entrepreneur but along with that is a wonderful human too. He saw the crisis going all around him and couldn’t resist his desire and came forward to help the needy.

The situation around us is deteriorating day by day due to the outbreak of the second wave of coronavirus. Every passing second we hear something that makes our hearts start to wrench. The cases are elevating everyday and the number of deaths are horrifying, the virus is showing its effect on everyone no one is left behind. The scarcity of resources to fight against the virus resulted in destruction of a huge number of people’s lives.The fear of the virus has reached to a level where the youngsters are putting away their old aged parents. We saw many cases where senior citizens are found homeless and the COVID warriors help them further. Just like that the number of deaths has made many kids homeless. Those kids whose parents died have no one to look upon or go to at this time. Dream Chaser Media team is came forward to provide a helping hand to such people from many place at Gujarat and Mumbai as this is the time when humanity needs support of each other.The team of Dream Chaser Media is helping senior citizens and children from many place at gujarat and Mumbai by distributing food packets, grocery kit, the necessary and basic medicines and clothes.They also requested people to feel free and come forward to volunteer if they desire so that they can reach to large number of people and help them.

People know Alpesh for his hardwork and dedication in the industry. They want you to work with him as his main priority is his client’s satisfaction.

Alpesh is a man who have big dreams and what’s more bigger is his zeal to accomplish everything from his hardwork and dedication. Listen to your heart, it’s always right