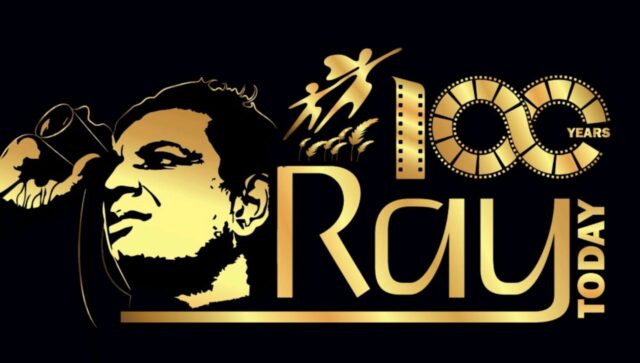 Satyajit Ray, regarded as one of world’s greatest directors of the twentieth century, won eleven international awards, including Best Human Documentary Award at the Festival de Cannes (1956) and he was awarded an honorary Academy Award in 1992. Ray is recipient of the Bharat Ratna (1992) by the Government of India. The National Film Development Corporation of India, NFDC, in collaboration with Penguin Publishers is presently holding a festival to celebrate 100 years of the director.

Editor and film buff, Shantanu Ray Chaudhuri wrote a special blog for the legendary filmmaker, Satyajit Ray called AGANTUK- The Humanism of Satyajit Ray, His Last Will And Testament. It reads, ‘It’s impossible to record the transition in the socio-political and cultural landscape of India in general and Bengal in particular without taking into account the contribution of Satyajit Ray. As author Peter Rainer says, ‘In Ray’s films the old and the new are inextricably joined. This is the great theme of all his movies: the way the past in India forever bleeds through the present.’ Today, Indian cinema, particularly Bollywood, has found a global market. But it may be useful to remember that if anyone can be credited with putting Indian cinema on the world map, it is Satyajit Ray. He pioneered a whole new sensibility about films and filmmaking that compelled the world to reshape its perception of Indian cinema. ‘What we need,’ he wrote in 1947, before he ever directed a film, ‘is a style, an idiom, a part of the iconography of cinema which would be uniquely and recognizably Indian.’ This he achieved, and yet, like all great artists, his films went beyond the frontiers of countries and cultures.

His contribution to the cultural scene in India is limited not just to his work as a director. He was the Renaissance man of independent India. As a film-maker he handled almost all the departments on his own – he wrote the screenplay and dialogues for his film, he composed his own music, designed the promotional material for his films, designed his own posters, went on to handle the cinematography and editing, was actively involved in the costumes (literally sketching each and every costume in a film). He was a master at calligraphy who designed a font credited to him, Ray Roman. He was a writer par excellence and continues to be best-selling author even today. He is probably the finest writer for children India has had since independence. In Feluda, Professor Shonku or Tarini Khuro, he has created some of the most enduring characters in fiction. The legacy of Ray far exceeds the films he made. In fact, he arrived with formidable inheritance. His grandfather Upendrakishore Ray Chowdhury was a writer, publisher who invented halftone printing in India. His father Sukumar Ray was a writer, illustrator and author of nonsense verse that almost all Bengali children know by heart. Ray inherited their talent and some more.

It is to the art of masters like Ray we can turn to for an understanding of our fellow men, for lessons on empathy for the universe and for mankind. That he was appreciated across cultures despite being firmly rooted in his own reinforces our belief that the commonalities we share far transcend our differences. That it is possible to maintain and respect each other’s individuality and yet become part of the bigger dialogue. We have much to learn from Ray’s vision of critical openness. Still from the film, Ghare Baire – Watch film here – https://bit.ly/3aNqwI0 The films he made in the first ten years of his career marked him out as a true universalist and humanist. There were, in this phase, no heroes or villains in his films, no clear tones of black and white, just a rare, almost feminine and objective understanding of human suffering. As T.G. Vaidyanathan said, ‘He gave us the ability to see the truth … he taught us the most elementary and yet most difficult of truths that to be a true Indian it is first necessary to be a citizen of the world.’

Avinash Singh: Emerging as an Entrepreneur and Running a Software Agency in USA and UK