Last week desi social media was in splits after a video of “Shweta’s gossip session” went viral. Shweta became the topic of several memes after she forgot to turn off her microphone on a group video call. What followed suit was a gossip session between Shweta and her friend which divulged juicy relationship details while her peers were constantly asking her to mute the call.

A Twitter account, @callmesanyam shared a snippet of the video call session, where she was seen divulging relationship details of her friend who had apparently only trusted her with the information. Sadly, 111 people present on call got to know about everything because her mic was on.

After the video was widely circulated on social media, not even a week later another incident related to the ‘microphone accident’ has kept the desi social media entertained. A video posted on Twitter went viral in which a maulvi fell asleep and snored with the mic on.

The video shared on Twitter with the caption “maulvi sahib mic on karke so gaye” received a lot of attention on social media.

One could hear the snores of the maulvi who had slept off really close to the mic. While it is unsure where the video was shot, it is clear that the whole locality heard the maulvi’s snore.

The noise startled people living nearby and one of them recorded the incident and published it on social media. While it is definitely scary listening to such a loud noise, Twitterati had the time of their lives trolling the incident

One of the users in fact commented that “poore mohalle ki neend ud gayi!’” (roughly translating to – the whole neighbourhood lost its sleep). While many social media users found the incident hilarious, others did consider it as an ‘honest mistake’. 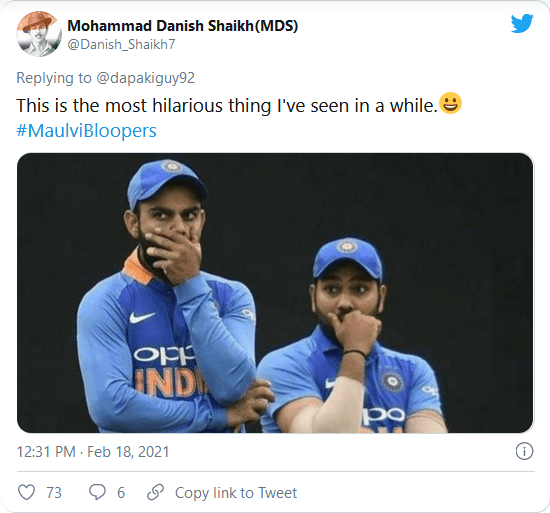 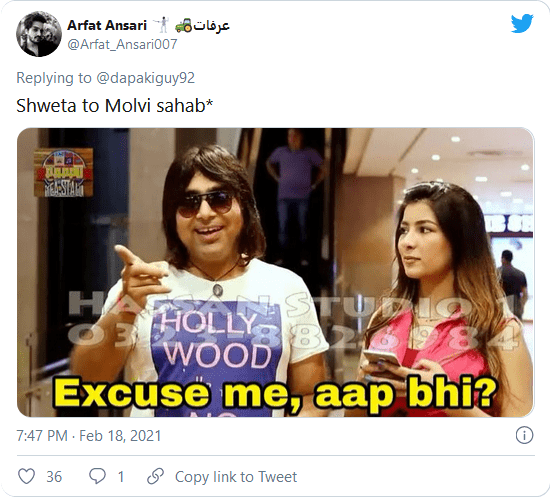 Why Did It Go Viral?

The incident went extremely viral mainly because Shweta had taken over the trending charts for the past few days. In fact, one of the most popular Google searches of the time was ‘Who is Shweta?”

Also Read: Girl Leaks Embarrassing Secrets After Leaving Mic On During An Online Call With 111 Listeners

These incidents are gaining much more popularity right now especially because of how our lifestyles have changed due to the pandemic. While most of us are glued to our laptop screens way more than before, video calls and online meetings have become an essential part of daily life.

Unmuting and microphone accidents are today among the worst nightmares one can have. These incidents remind the viewer to at least check twice whether they are on mute and increase the paranoia in socially conscious people.

While our sources of entertainment in this online world are quite less, it is also important that we regard these people as humans as well. And while trolling is certainly acceptable, it should not cross the line of humanity. Meanwhile, these videos are definitely worth a watch to make someone’s day!

If you know about any other mic accidents, let us know by commenting below.