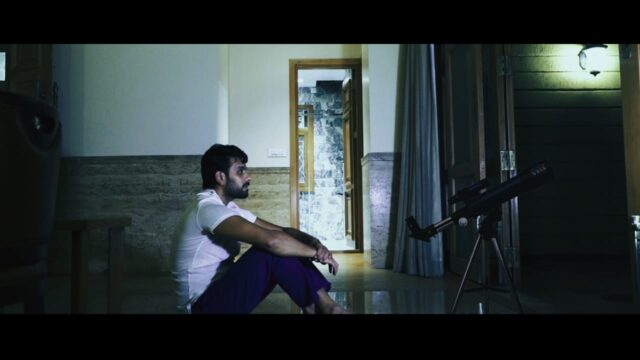 An upcoming web series named Suicide? – Haqeeqat ya Kshadyantra is creating a huge buzz online and is garnering huge interest from the viewers. The first look of the web series and the poster launch was recently done and since then it has been a trending on social media channels. We got a chance to speak with the lead actor of the web series – Aaryputra and understand more from him about the movie and his personal life:

It’s a Web Series – Suicide? Haqeeqat ya Kshadyantra. It is a story of a struggling actor who doesn’t get what he deserves despite his talent. Eventually, his life ends in a mysterious and unacceptable manner/circumstance. There are multiple layers in the series that unfolds with every episode keeping the audience glued to their screen, we believe. This series is going to be focused around the darkness behind all the limelight that people show.

The story is going to be a very intriguing for every common man and is going to be a roller coaster ride of emotions. We can’t wait to hit the screens and see viewer’s reaction. There’s so much in store in ach episode for the viewers.

It is a fictional web series and a compilation of different stories related to politics, struggling actor, corporate professional and much more. A season of which will showcase a story of a struggling actor and how nepotism leads him to end his life. But in no way it should be assumed that the web series is based on Sushant Singh Rajput’s death or it is his biopic. Each season will have a unique story.

Having said that there are scenes in the series that might seem related to SSR because our web series is also about a struggling actor whose life came to an end owing to multiple pressures and reasons. Certain parts of the series has indeed been inspired from the life of Sushant Singh Rajput but not intended to be completely about him.

I have been lucky enough to have bagged a couple of really good films/web series in the beginning of my career. One of them being  ‘Suicide? Haqeeqat ya Kshadyantra’ and the other one – Veer Narayan Singh The Battle of Sonakhan.

There’s only one mantra that I follow in my life – Work hard and lave it all on the Almighty. This has proven effective for me in Bollywood as well and helped me be on track. There’s nothing that one can achieve without having the basic skills for it. And even if one gets lucky then sustaining it is solely dependent on the credibility of that person. Luck can’t take you through all the hardships and rough patches in career.

In Bollywood, I draw my inspiration from the legendary actor Sir Amitabh Bacchan Ji, the evergreen Govinda Sir And King of Bollywood SRK Sir. I have grown up watching and being in awe of these actors and have watched each and every movie that they have been a part of. Such a fine blend of splendid art, precision in their craft, and character/role versatility they come with.

In Hollywood, my favourite includes Tom Cruise, and Jason Statham. There’s so much that one can learn from these especially by watching their action movies.

Like many of the contemporary Btown actors, acting was not my dream profession since childhood but yes, I knew I had keen interest in cinema. In the back of my mind, acting was there in my perspective and I felt passionate about it. The 2019 lockdown gave me a chance to explore myself and motivated me to follow my passion. I really relate my life to one of the famous dialogue in the web series – “Hero toh mein bachpan se hoon, film ab release ho rahi hai”.

Apart from my acting career, I have also taken up role as a producer for a few movies. I am a part of another film (which is also my debut movie) under the same production house (Rocket Rays) – Veer Narayan Singh The Battle of Sonakhan, a biopic on Shree Veer Narayan Singh Ji.

I believe that everyone is an actor in their daily life; some get to relive it on the silver screen. I’m trying my luck too. I am businessman too so being Producer is something that I wanted to try my hands on and I think it is going to be a good decision that I will cherish in the future.