This is how he was dragged down from a rally by the Delhi Police. Nobody, except the Aam Aadmi Party (AAP) workers, had imagined such a spectacular show by the AAP. But Mr. Arvind Kejriwal has once again helped the world in rediscovering the power of the common man (Aam Aadmi). When the Jan Lokpal Andolan caught the eye of the world, Arvind Kejriwal was merely a companion of Mr. Anna Hazare and now he is the Chief Minister of Delhi. He has never been a good orator but still has managed to win the hearts of the Delhiites by his simplicity, honesty and fearless attitude.

Challenged by Congress and other political parties to form a respectable government and then implement Jan Lokpal Bill, many people would have backed out. Mr. Arvind Kejriwal had something other in his foresight. It was a very futile exercise to campaign for a newly formed party with a handful of supporters. I am of the opinion that the conscious decision to make water and electricity as the utmost important agenda of their manifesto played out well for them. He was successful in touching the nerves of the Common People   because most of the people limit their voting motives to water and power only. He was able to sneak into the daily household conversations by giving them a hope for change.

Arvind Kejriwal became a symbol of Change. The need for change was realized by the people because of the corrupt and politically motivated policies followed by the Congress party and this was successfully depicted by the party hoardings. The main highlight of the party was the emphasis on the power of common man. Activists and supporters donning the white Nehru cap with the words “Main aam aadmi hoon” became a common sight in the city. The campaign was all about the wounds of the common man.

The most impressive part of this journey was the modern approach of campaigning. Innovative ideas of advertising behind autorikshaws and the use “Jharu” as their party symbol paid huge dividends for them. Another impressive aspect of this campaign was effective use of technology. Since Delhi is a metropolitan city, most of the people are well educated and use modern means of communication like Mobile Phones, Internet etc. . To uphold the principles of transparency all the details of candidates and the donations received by the party were disclosed on their site Aam Aadmi Party was successful in reaching out to a larger mass through social networking sites and telecommunication networks. Besides all these means, they didn’t forget to use the traditional methods. Door to door campaigning was used as a tool to reach the underdeveloped and unauthorized colonies.

Aam Aadmi Party is a brigade of young guns with immaturity and lack of experience in the dirty field of politics. The reason I term it as “dirty” is that conspiracies have been prevalent in the history of Indian Politics and all the honest leaders have been trapped in this vicious arena of dirty politics. The main problem for AAP before the elections was to prove the honesty of 69 candidates other than Mr. Arvind Kejriwal. I don’t know whether Mr. Arvind Kejriwal is honest or not, but he was able to convince the people about his honesty which became evident when he was used as a symbol of change & honesty. Apparently, the results show that they were spot on their task.

It would not be wrong to say that the results of the Delhi Elections have made a mockery of the Congress party which could fetch just 8 seats. This came as a shock for all the party workers since the party looked confident of securing a government in the elections. Nobody would have imagined the defeat of Sheila Dikshit and that too by a margin of over 25,000 votes. This came as a major setback for the party which was shaken upside down by the emergence of the AAP party.

He is a One Man Army. I seriously feel he is a victim of the administrative system. A person has to think thousand times before leaving the office of an IRS (Indian Revenue Services) officer and joining the ANNA Hazare andolan which had no guarantee of the fulfillment of the goal. He was adamant to end corruption and nab the culprits. Later on his ways to the end changed but not the goal. He never looked worried about the election results and maintained a smile on his face. He didn’t had the solutions to the problems but was smart and courageous enough to convince people that we, the Indians together, can solve any problem. Well supported by Manish Sisodia, Gopal Rai, Yogendra Yadav, Shazia Ilmi, Kumar Vishwas and a few others, he battled hard to accomplish his goal.

I think people should give some time to the party for fulfilling the promises made in the manifesto. They have been widely scrutinized by the media and the political parties. It is not their fault that they have come with a lot of expectations of change. Apparently, Change requires time and I know we, the Indians, don’t spare anyone if a person doesn’t stand by his words. We have tendency to show faith on the words of people. Let them do whatever they can do in the near future and then it would be right to be start being judgmental. 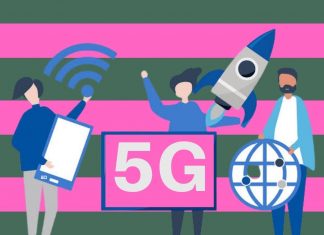 Palak Dogra - August 10, 2022
The Indian network operators are ready for the roll-out of 5G networks in the coming months. It is expected that networks like Airtel and...

ResearchED: Why Are Bankers, Engineers And Other Professionals Turning Teachers On...