The festival of Ganesh Chaturthi is a big one, right alongside Holi, Diwali, and other major festivals. Mumbai and few other coastal regions in the country are especially the ones that really celebrate it with enthusiasm mostly due to them also carrying out the ‘visarjan‘ ceremony.

The ‘visarjan‘ ceremony is the last one that completes the Ganesh Chaturthi when after 10 days of worshiping and celebrating, the Ganesh idol is taken out to the sea and sent out there along with a promise for Lord Ganesh to come back next year.

Now the festival also brings out a lot of creativity and innovation from the people, but mostly this is seen in the Ganesh idols, with some being extremely huge, almost 78 feet, to some being made from organic material, and more.

But this Pune man has shown that such unique thinking is not just limited to idol making, by building a special ATM that instead of giving out cash, dispenses modaks to people using the machine. 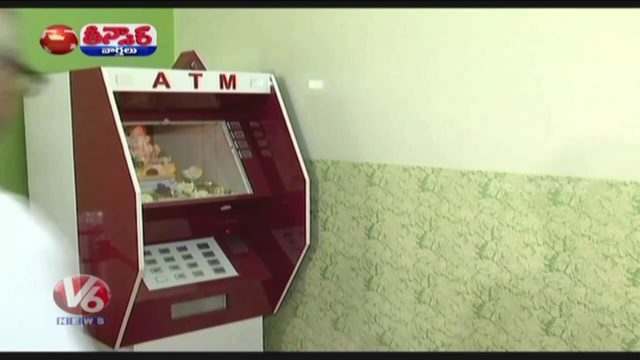 What Is The Modak ATM Machine?

Sanjiv Kulkarni, who is based in the Sahakar Nagar region of Pune in Maharashtra, created the machine in order to bring together Indian culture and modern technology.

The ATM, which is being called Any Time Modak in this instance, was installed for the festival of Ganesh Chaturthi and has the iconic idol of Lord Ganesh with the elephant-head inside the machine.

When ANI contacted Kulkarni, he said that, “It is ATM-Any Time Modak. You will get a modak through this ATM by inserting a special card. It was an attempt to move forward with technology and culture together.”

Operating like a normal ATM, you can get a modak once you insert a special card, the sweet is also properly packed for hygiene purposes.

However, instead of normal buttons with numbers, they have words like daan (charity), sneh (affection), kshama (forgiveness), shanti (peace), bhakti (devotion) and more written in the Hindi language on it.

Read More: There Is Another Religious Festival In India Which Could Be As Big As The Kumbh

#WATCH: An ATM (Any Time Modak) Ganesha has been installed in Sahakar Nagar, Pune for #GaneshChaturthi celebrations. #Maharashtra pic.twitter.com/GA2TVOgZKw

How Is It Different?

The special card in this instance is not from a bank, but is from another organisation. Taking a look at the card itself, the card is probably issued from a community called ‘Shri Gajanan Prasad Sanstha’.

As per sources, the machine was built in just Rs 10,000 and you get a modak once you swipe your special card, and then press one of the buttons which show the reason you want the prasad. The modak is then dispensed out of the machine in a small cylindrical plastic box that has the Om logo on the lid.

This Indian YouTube Channel For And By Disabled People Is Amazing