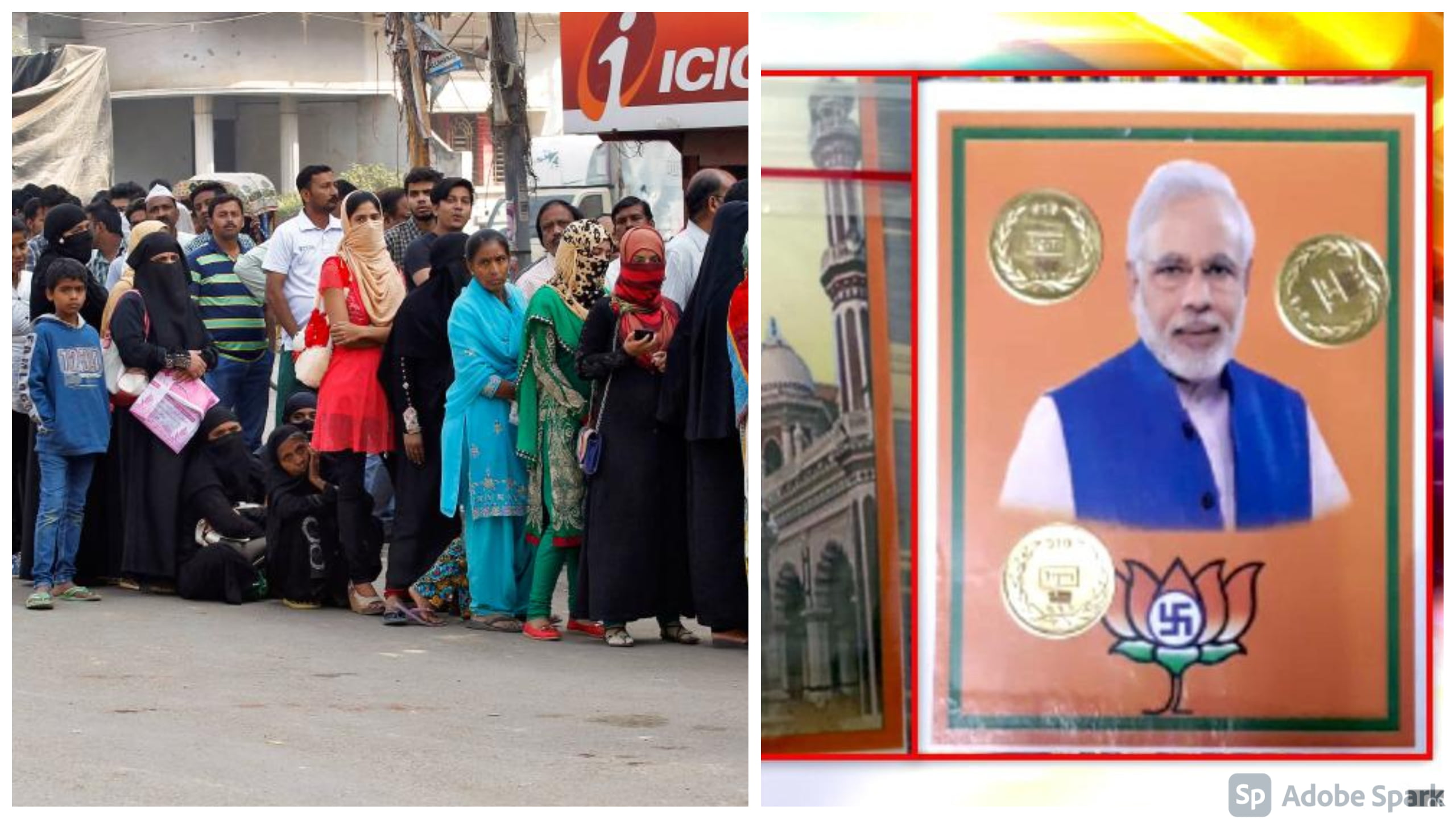 It has been four and a half years since the historic year in India’s history when the government decided that what the country immediately needed were more colourful banknotes.

As things turned out on that fateful day, the Prime Minister went on air and said the words that still ring in an impervious soliloquy in every Indians’ ears;

This speech, which was meant to mark the end of corruption and hoarding of black money, took a turn for the worse and the country was thus, stuck in economic limbo. The ones who hoarded untraceable and unaccounted for cash, faced but a smidge of the government’s radical measure.

The ones who actually stood in the sporadic queues weren’t the Ambanis or the Adanis of the world but common working class folks, like you and me. We faced the brunt of it all and we were the ones who collapsed under November’s sun.

In the very same situation of the economic disparity widening by the day, Puducherry bore witness to the strangest of voter appeasement that only South Indians can relate to.

A Rain Of Gold Coins To Further The Reign Of A Political Party?

On the 4th of April, a flying squad seized around 150 gold coins amounting to 96,000 INR on Sunday, with the gold coins being placed in a byte-sized package with the smiling face of Narendra Modi adorning the sealed packet.

What seems to be prophetic is the Bharatiya Janata Party’s emblem on the packet with the lotus concealing a smidge of the Hindu Swastika. Religious appropriation to garner votes has never been done this well.

According to a statement given by Congress leader, R Kamalakannan, the BJP candidate from Thirunallar constituency in Puducherry, S Rajasekaran, had proceeded to distribute gold coins to female domiciles of the constituency while 2000 INR notes were given to each male member.

Coupled with this finding, he also went on record to state that the Election Commission had sought to stay mum about the entire fiasco, with it not being able to foresee the possible currency of votes.

The slumber of the EC is not new, as it had been perceived in the Lok Sabha elections in 2019, as well, when their usual active demeanour turned dormant when the name of a particular saffron masquerading party’s name came into the picture.

In 2019, in the village of Tara Jivanpur, Chandauli constituency, voters accused the BJP of bribing them and forcibly applying indelible ink on their index finger. The voters had allegedly filed an FIR with the police as well, but no action as such had been taken.

In the Puducherry situation, the police have booked two motorcyclists under Sections 171(E) and 123, but they managed to escape.

As it goes in Indian politics, we might never know who actually initiated the bribery drive, and even if we did get to know, one could be assured of no authority taking any action against them.

How Does Demonetization Come Into Play Here?

What everyone remembers of the demonetization is the squalor and chaos that each Indian medium wage-earning worker alongside daily wage workers felt in their hearts as they looked around for each discontinued note. It was not the idea in itself that could or was to be criticized.

Also Read: GST And Demonetisation – A Double Blow To The Economy

The idea in itself was noble, in a world where hypotheses work as the clarion call. However, in the world of realism, the move was one that destroyed people, their livelihoods and their savings.

The Ambanis and Adanis of the world were left unscathed and used their chaperones to get their pounds upon pounds of illegal and illegitimate banknotes legalized.

At least, that is what I deciphered when I saw an old man collapse in the crowd as he gasped for one final lease of life. No person earning in seven figures could be seen there, asking for the same.

Furthermore, they promised a myriad of utopic dreams; dreams that the government could never follow. India is still grasped and strangled by fake notes, with them being circulated a lot more than they were back then (37.5% increase for just the new 500 INR note, as of 2020).

Then, they told us that the move was to be the erasure for the black money hoarded by the many businessmen.

The government had initially promised to recover 3-4 lakh crores INR through the move, but all they could secure was 1.3 lakh crores INR, and thus, the move failed in this regard as well.

The entirety of the move was then professed to be a failure, although the government kept reassuring that the demonetization was for the long term. Safe to say, that it is going to be a pretty long wait.

The splurging of national coffers on gold coins is the last place where hard-working taxpayers would like to see their money go when their demonetized money rests easy in the hands of India’s financial history.

It all comes down to who you vote for this election. I hope you choose wisely.

One Nation, One Election: Can India Ever Go Back To Simultaneous Elections?