North Korea, governed by its supreme leader Kim Jong Un, is known for following a unique law enforcement regime that is different from the rest of the world. There is a set of harsh rules and regulations imposed on the citizens of North Korea that are strange as well as unbelievable at the same time. Let’s have a look at some of them:-

Listening to foreign music or watching foreign films is considered a crime in North Korea. A citizen can be executed or imprisoned if caught consuming foreign-language content. Watching American movies can lead to execution while watching Indian films can lead to imprisonment.

Calling someone living abroad is a crime in North Korea and can lead to execution. The state killed a man when he made several international calls in 2007.

3. Women Are Not Allowed To Drive

The right to drive is granted only to male government officials in North Korea. Women are not allowed to drive in any case.

Wearing jeans is strictly prohibited in North Korea as the state considers it a symbol of capitalism. Women should cover their knees when wearing skirts and wearing bikinis is prohibited.

The state has a strict policy against those who commit any act to disrespect Kim Jon Un’s family. A woman was sent to jail for saving her children instead of former President Kim- Jong Sung’s portrait in an inferno!

Citizens who travel abroad without taking permission from the state are sent to labor camps or are executed.

7. Don’t Choose Your Profession Yourself

North Koreans don’t have the right to choose their own profession as it is decided by the state as per the needs of the country.

North Korean citizens are not allowed to keep the same name as that of the president. The people named Kim had to change their name due to state orders. 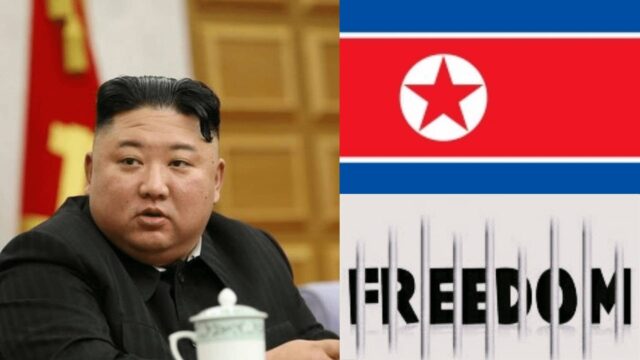 Read More: What Made Finland The World’s Happiest Country For Four Times In A Row?

There is a list of 28 hairstyles prescribed by the state which the citizens are allowed to keep. Keeping a different hairstyle that is not there on the list can lead to punishment.

10. A Criminal Can Put His Whole Family In Danger

As per the state, every citizen should serve in the armed forces for a fixed period. Men should serve for 10 years while women for a minimum of 7 years.

Only Intranet or “Kwangmyong” launched in 2000 can be accessed by the citizens who have access to only 28 websites under government supervision.

Only Red Star OS, an operating system sanctioned by the state, can be used and other standard systems like Windows and Mac are banned from use.

14. State Chooses Where To Live

The government selects the place where the citizens can reside within the country depending on their relationship with the state. The permission of the state is required to live in the capital Pyongyang.

The citizens can watch only 3 state-approved television channels that are controlled by the government.

Thus, even the smallest action against the law is capable of fetching you a death sentence in North Korea!

Tea Post, Tier 2 City Of Rajkot Based Startup Has Built Over 170 Outlets In Gujarat, Maharashtra Etc And Is Growing Rapidly