It has been 12 years since the horrifying terrorist attack of 26/11. While some wounds have healed over the years, people who lost their loved ones are still waiting for justice to be served.

The 2008 Mumbai attacks, also referred to as 26/11 attacks, were a series of terrorist attacks orchestrated by the terrorist outfit, Lashkar-e-Taiba. The Indian financial capital, Mumbai, was kept hostage by a 10 member group of militants for four days.

The attacks were systematically planned by the Pakistani terrorists in the form of bombings and shootings at prominent places like the Taj Palace and Tower, The Oberoi Trident, Chhatrapati Shivaji Terminus and Nariman Point.

At least 179 people lost their lives in the attack and more than 300 were injured. 9 out of the 10 attackers were killed during the attack while the residual attacker, Ajmal Kasab, was tried and hanged till death in 2012.

However, the real masterminds of the attacks, David Headley and Hafiz Saeed, haven’t yet paid for the bloodshed. Though they have been sentenced to imprisonment of 35 years and 10 years respectively, it seems to be a nominal price for the lives of hundreds of innocent Indian citizens and the trauma their families had to go through.

Let’s take a look at the career of Hafiz Saeed in the gruesome field of terrorism.

Born in Sargodha, Punjab, Pakistan in 1950, Hafiz Saeed holds a master’s degree in Islamic Studies from King Saud University, Riyadh. His early life included influence from his maternal uncle, an Islamic theologist who maintained that democracy and Islam are incompatible. 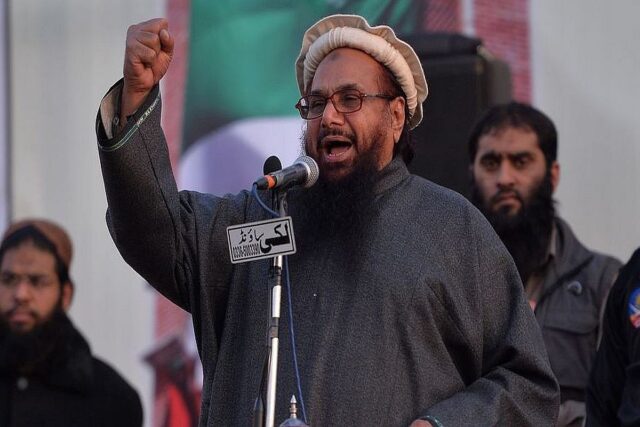 Saeed’s upbringing inclined him towards the erroneous concept of jihad. During his education in Saudi Arabia, he came in contact with Sheikhs taking part in the Soviet-Afghan war. They persuaded him to support mujahideen in Afghanistan actively.

Later on, he laid foundations of the Markaz Dawa-Wal-Irshad which led to the formation of the terrorist organization – Lashkar-e-Taiba. One of the aims of this organization has been to de-unify India and cut it into pieces.

Lashkar-e-Taiba actively operates in the Jammu and Kashmir region to create social and political upheaval. After the involvement of Lashkar-e-Taiba was found in the 2001 Parliament attack, Pakistan had banned the organization and briefly detained Saeed.

However, the organization continues to operate and get funding in Pakistan, especially the Pakistan Occupied Kashmir.

Read Also: Ratan Tata’s Heartfelt Insta Post On 26/11 & The Taj Shows How Far We Have Come From That Horrifying Incident

Saeed then diverted his assets towards another organization, Jamaat-ud-Dawa, which remains the political front of Lashkar-e-Taiba.

Saeed denied his affiliations with Lashkar-e-Taiba, however, his son, Talha Saeed, serves as Lashkar’s second-in-command and controls its finances. India, the United States and United Nations have also concluded that Saeed never broke ties with Lashkar. 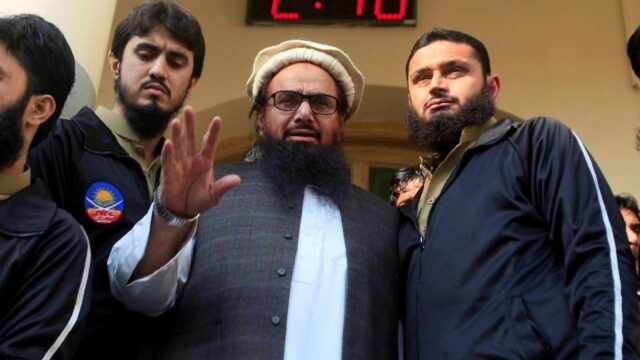 The scrutiny against Saeed increased when Jamaat-ud-Dawa recruited and trained militants of Lashkar-e-Taiba who bombed trains in Mumbai in 2006.

Thereafter, Saeed was found to be the mastermind of the 2008 Mumbai attack. Following these allegations, the United Nations designated Saeed as an international terrorist.

Over the years, India has made several attempts to extradite Saeed and try him in India. When India released a list of 50 wanted fugitives hiding in Pakistan, Hafiz Saeed’s name was included. However, due to the lack of an extradition treaty, nothing could be done.

Additionally, the United States had announced a bounty of US $10 million on Saeed after his involvement in the Mumbai attacks. To this, Hafiz had stated that he was willing to defend the charges in any American court.

Currently, Hafiz Saeed is under custody. He has been sentenced to an imprisonment of 10 years by Pakistan’s Anti-Terrorism Court. However, it doesn’t seem enough, neither is it stopping him from his illegitimate activities. To commemorate the killings of the terrorists who conducted the 26/11 attacks, Jamaat-ud-Dawa is going to hold a prayer meeting in the Sahiwal city of Pakistan today.

No religion teaches terrorism and people like Hafiz Saeed should be stopped from taking the guise of religion to defend their cruel acts. They should be brought to justice and punished for their acts of terrorism.