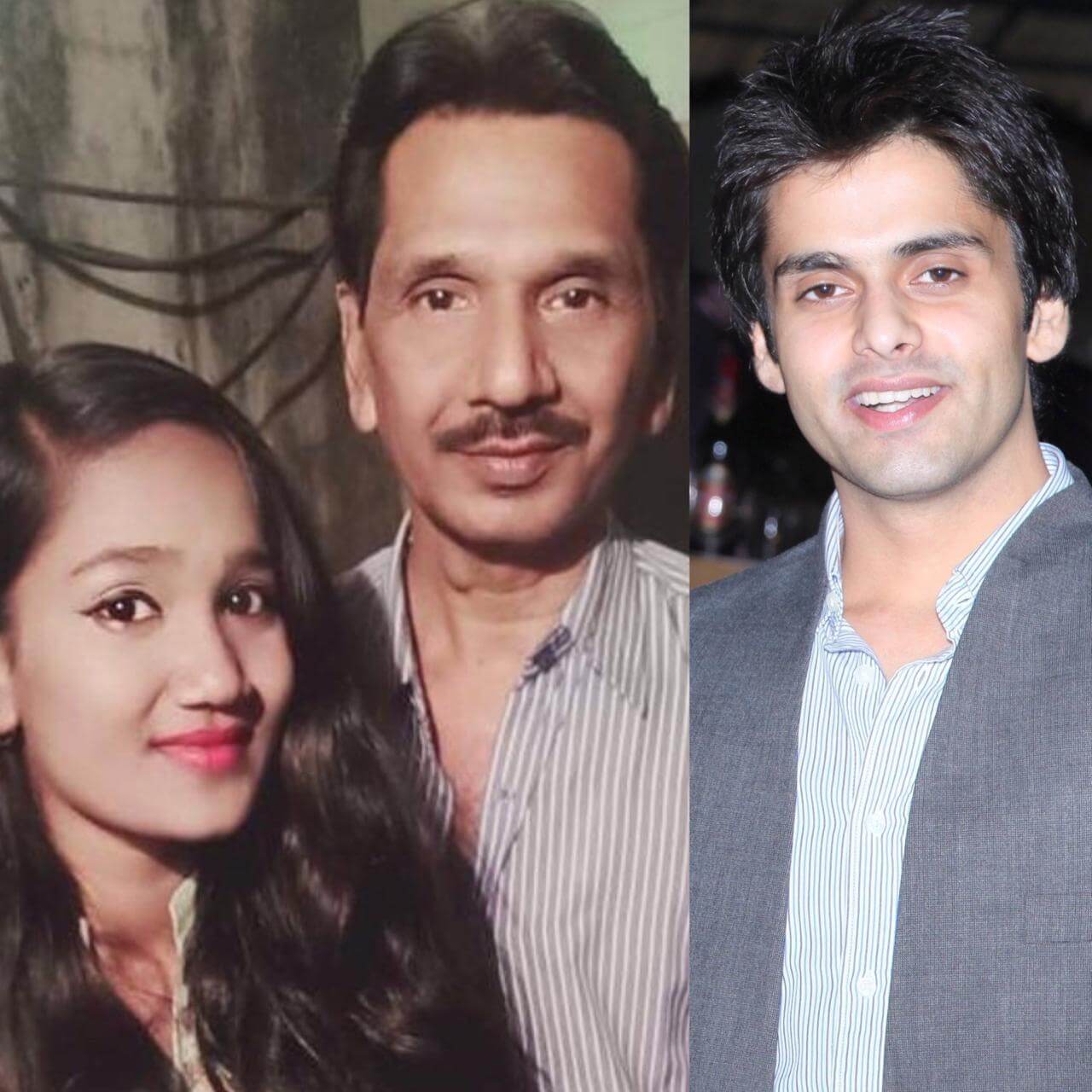 For the past eleven winters now, Devika’s world has been all about struggles, medical treatments, court visits, depositions and pleas to government authorities for promises made.

She had lost her mother to illness in 2006. And two years later her life changed forever as the family waited at the entrance of platform 12 and 13 in Mumbai’s crowded CST railway station.

On that fatal night of 26th of November 2008, Devika Rotawan was traveling with her father and brother to Pune when panic and mayhem broke loose as terrorists from Pakistan struck the financial capital of India in a series of deathly coordinated attacks.

“I was barely 10 years old when a bullet pierced my right leg. It happened at CST station. I was with my father and brother and we had stopped for a while to use the restroom. Before we knew it, chaos had erupted all around us. My instinct told me to run and that’s when I saw the man who shot straight at me. I felt so much pain… I collapsed,” says Devika still recalling the incidents of the horrific night crystal clearly.

“The next thing I remember was waking up in the hospital the next day. The doctor informed us about what took place on 26/11. I was seething with anger. Flashbacks of women and children dying at the station came back to me. But the clearest memory I had was of his face. I spent a month and half in the hospital undergoing operations for the injuries, but I couldn’t get his face out of my mind,” she adds trying to control her emotions.

The little girl had never been to a court or hardly knew who was a terrorist. Her father a dry fruit trader of several years had moved to Mumbai from Pali in Rajasthan in the 90s. In 1995 he received a hafta vasooli or forced ransom collection call from India’s most wanted underworld mastermind Dawood Ibrahim.

When he said a no he was picked up and tortured for three days, several stitch marks still bearing witness to his pain. Yet he was not deterred. Mumbai was home and he would not leave it. Now after the Mumbai terror strikes, to heal from the multiple injuries he and his children received, the family moved to their village to try and pick up the pieces of their lives.

But that young girl of ten was summoned to court with her father soon after as the prime eye witness of one of the most deadly terrorist attacks in India which claimed 166 innocent lives including foreign nationals. They were crucial to the trial that would eventually hang to death the lone surviving terrorist who was nabbed- Ajmal Amir Kasab.

Devika was tiny but her courage stood tall.

“My father was contacted by the police to testify in court. We had to identify the attacker since we were some of the only survivors. I wasn’t scared, I wanted him to be punished. Our extended family stopped talking to us after this decision. They thought they would be attacked by terrorists because we were testifying,” she told this reporter.

“I walked to court in crutches. Out of the four men presented to me, I immediately recognised Ajmal Kasab. My heart was filled with anger. I wanted justice right there. That’s also when I made the decision to become an IPS officer. I thought I was being brave, but after this everyone disassociated from us,” she adds further. 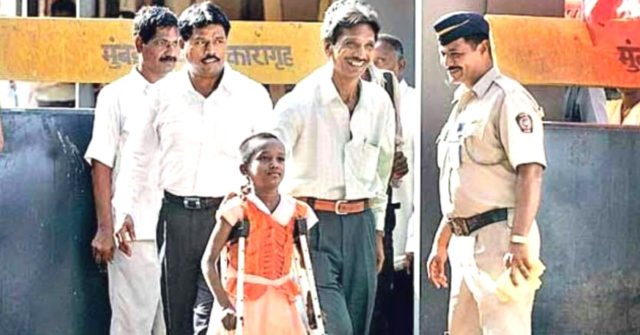 Read More: Here’s Why We Need To Stop Demonizing The Indian Army For Just Doing Its Job

Today at 21 years of age, Devika is in her 12th grade studying arts, having lost four important years of her life to grave tuberculosis. Her 56 year old father’s dry fruit shop shut down as he became a community pariah strangely with fears of retaliation for doing business with him.

Her 24 year old brother remains completely paralysed. The increased rent of their apartment has become difficult for the family to afford.

Shockingly for ‘Photo-Ops’ in community events to remember the 26/11 victims, Devika’s courage has been hailed by top netas (politicians), but the family continues to run pillar to post to remind subsequent state governments of the promises made and the father’s medical treatment.

“We received an assurance from the Collector’s office in 2011 that we would be provided a 2000 square foot house in Mumbai. The Congress was in power then and is now returning again. Since then I met former Chief Minister Devendra Fadnavis some eight-nine times, the authorities to Defence Minister Rajnath Singh at an event in Gateway of India last evening where the Bachchan family was also there. But I am yet to see any progress in my pleas,” says Devika’s father.

He reminds that he and Devika provided priceless long hours of testimony in court facing the savage Kasab. In 2018 Devika deposed nearly three times in a session court where she was made to identify between blurred photos of Ajmal Kasab and Abu Ismail.

“Everyone is only ready to meet but no one is ready to work for us. We need a house to stay in Mumbai and money so that Devika can prepare for IPS. In 2016 after much running around, CM Fadnavis helped us with ten lakh rupees to help treat her TB which was fatal and we almost lost Devika,” says a tired father.

He pins his hope on Supreme Court Advocate and his lawyer Utsav Singh Bains to be able to get justice and compensation which the family deserves. 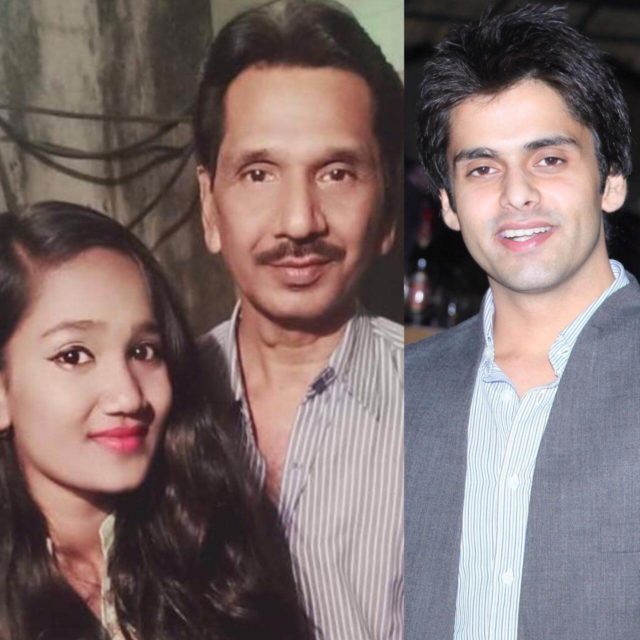 “Utsav Bains is a lawyer with a kind heart, he is fighting pro bono for us. He came to our home twice and helped me with money from his pocket to treat my ailments, my back has so far received some 32 stitches. I am thankful to him. He helped us after we failed to get any help from elsewhere. My eyesight is weak, my knees are in immense pain,” he says.

The family has so far only received the state government compensation of 3 lakh and 26 thousand rupees and is dependent on well wishers like Utsav Bains to raise funds for them.

“Which parent will have the courage to place their little girl in court to testify in front of a terrorist? One should not look at the compensation amount but what this girl’s testimony meant for India’s fight against terrorism sponsored by Pakistan,” he stresses.

Devika was quoted saying, “Even though Ajmal Kasab is no more, my anger will only fully subside once I become an IAS/IPS officer and fight all this injustice. I still cannot enjoy Diwali or celebrate India’s win in cricket because the sound of fireworks traumatizes me – I know I’m not getting all those years back, but there will be an answer someday. They (Pakistan) will face the consequence of raising a finger towards India. I will make sure of it.”

Meanwhile she makes it clear that her fight for their right to basic medical treatment due to injuries sustained during the 26/11 terror attack and promises made by the Maharashtra state government will continue just like her battle to get justice for other victims of the bloody strikes and her country.