From shops of cassettes, collections of tape recorders, the excitement of dial-up internet, the secrecy of landlines, we have come a long way. Over the last twelve years, the world has seen a change so great that it has affected the way people live and think.

The generational gap has been huge, and it is having unprecedented effects on the evolution of lifestyle for both the older and the newer generations. Whereas the previous generation grew up reading about the internet in their textbooks, the current generation has formed an inseparable bond with the latter.

It is obvious that new avenues of earning have opened up. The ways of the former generation are quickly falling out of fashion and methods unimaginable until the beginning of the previous decade is capitalizing over this new market with seemingly unlimited potential.

An overwhelming majority of the previous generations have been identified as Generations X and Y. Generation X refers to people born in the sixties and seventies while Generation Y, also known as millennials, consists mainly of people born during the eighties.

The Indian mindset during that era was to get a job in any public sector, or a well-paid one in the private sector. While public sectors ensured the opportunity of securing a pension after retirement, the private sector, though still under development and not quite the economic giant we see today, offered more money.

Jobs were still available with competitions not unreasonably high. Once a job was secured, the person was considered to be “settled” in life.

Investment opportunities were fairly limited, through the likes of banks, post offices, mutual funds, especially for the 80s generation, and stocks of major companies. In other words, life was fairly straightforward and predictable.

Also Read: We Talked To People Who Actually Made And Lost Money Through Crypto Investment In India

The world of stability and no-risk lifestyles has disappeared long into the distance. The new generation, or more specifically the Gen-Z, are daring and smart. Their advent has been further propelled by the coming of the new age of online technology.

From teenagers to young adults, this generation is witnessing and fueling the rise of worlds hitherto unknown to the populace. From the real and tangible, we have shifted to the virtual and the intangible.

At the beginning of 2022, it’s almost as if we are being provided with the key to another world, where conventional rules and directions go haywire and emerge in a completely new iteration of reality. 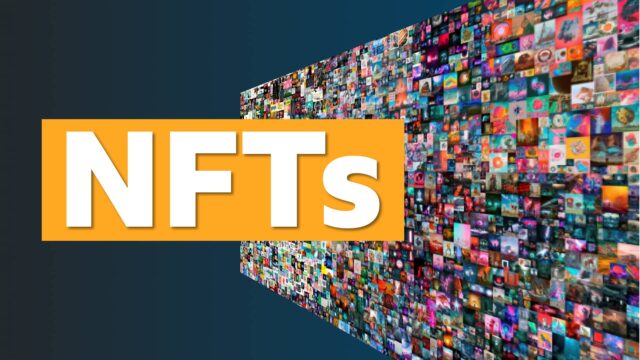 According to Cambridge English Dictionary, an Influencer is “someone who affects or changes the way that other people behave”. In the era of online platforms, influencers have captured the radius of social media through apps like Instagram, YouTube, and Facebook. Some of the most prominent influencers of our generations are:

Beginning as a failed RJ at Fever 104 FM, she launched her own YouTube channel in 2015. Today she is followed by a total of 6.53 million people. She is a major influence on Youtube through her channel “Mostly Sane”, and Instagram with a net worth of $1.0 Million.

She was one of the youngest YouTubers from India to appear in Forbes 30 under 30. She was the first female comedy content creator to cross 1 Million subscribers in 2018. She has already featured in the Netflix series “Mismatched” in 2020. Her debut in Bollywood will happen in 2022 through Dharma production’s “Jug Jugg Jeeyo”.

Based in Faridabad, India, Ajey Nagar, popularly known as “CarryMinati” from the name of his YouTube page, is nothing short of a sensation. Ajey Nagar has been posting videos from the age of 10. His main channel has been active since 2014.

He is known for his famous rants, parodies, comic sketches, and quite recently, even singing. He live-streams games from another YouTube channel “Carry Is Live”. At present, he has a total of 34 million subscribers and a net worth of 2.6 billion. He made the “30 under 30 Asia” in April 2020 and is one of the leading faces representing India on YouTube.

According to the Cambridge English Dictionary, Cryptocurrency is a “digital currency produced by a public network, rather than any government, that uses cryptography to make sure payments are sent and received safely”. Examples of Cryptocurrency include Bitcoin, Litecoin, Ethereum.

1. Founded by Jayanti Kanani, Sandeep Nailwal, and Anurag Arjun, Polygon aimed to deal with high-end transactions on Ethereum. In 2019, the valuation of Polygon’s native token, Matic, rocketed to a massive $14 billion from $26 million, making its co-founders billionaires.

2. Akshat Gupta is an investor from Delhi who first invested in Bitcoin in 2018. He commented, “A few friends of mine had been tracking the growth of Bitcoin and told me to invest. I found out more about it and found the concept interesting so I decided to invest”.

The Meta-Verse is supposed to encompass every virtual space from digital across the planet. Effectively it means that it should be worth absolutely nothing. However, prices have soared up to 500% since Facebook announced that it was endorsing the metaverse, even changing its name to “Meta”.

Virtual property is going for millions of dollars. There are several examples of Meta-verse Real Estate, like The Sandbox, Decentraland, Cryptovoxels, Earth2, Nifty Island, Superworld, Wilder World. Snoop Dog is building his virtual mansion in The Sandbox and someone recently offered $45,000 to be his virtual neighbor.

NFT stands Non-Fungible Tokens, each of which being absolutely unique, is used for the ownership of goods on the digital platform. NFTs have a coin-base, for example, Cryptopunks is an Ethereum based NFT. Many people across the world have made millions selling their NFTs, much like,

1. Amrit Pal Singh is a 32-year-old man from India, who has earned over $1 Million by selling 57 Non-Fungible Tokens of his artwork in nine months. Singh used to sell Toy Faces, non-generative 3D portraits of different peoples and characters.

Singh mentioned, “Most of them are inspired by people who have inspired me”. Each of the Toy-Face NFTs was sold for at least 1 ethereum or an average of $4,706.

Startup funding refers to the initial financial backup required to start and run a business. It can be an investment in anything and everything, from agriculture to sales and marketing. There are multiple examples of start-ups getting funded through venture capitalists, even in India. Some of the examples are listed below:

1. Infoedge was one of the first Indian companies to invest in Zomato. In 2010, Infoedge invested Rs. 4.7 crores as seed money for the company.

2. Diginoor.io is an NFT marketplace founded by Chennai teenagers, Shaamil Karim and Yash Rathod. Beginning in 2021 with Rajnikant movies NFTs, it aims to introduce NFT adaption into mainstream media.

Shaamil Karim commented, “We plan on using these funds to hire a talented team across functions and tap into a plethora of content in the Indian media industry”. The company has raised almost $1 million in funding from Contrary Capital, Polygon Fund, Sandeep Naiwal, CRED’s Kunal Shah.

The world has indeed changed from what it was two or three decades ago. Crypto, NFTs, and Influencers have captured the mainstream market while creating a new field of income for themselves. It will be interesting to see how these develop in the future as we might witness the birth of a new economic circle.