Rocked by shocking #MeToo stories of sexual misconduct in the film industry, media, comedy circuit by victims who have been speaking out their experiences, the tremors have been felt recently among the members of the yoga fraternity.

Yoga teaches deep insight by focusing on the roots of decency and desire by showing both the dark and glorious sides of human nature. Usually, students come to learn yoga to pursue balance and clarity of mind.

Instructions in yoga involve hands-on adjustments that correct a student’s postures which makes it easy for sexual predators to get away even if they try to take undue advantage.

There is emotional vulnerability attached with this practice as students open up in sessions associated with well-being and spirituality which make it deeply personal. When a student is sexually harassed by a yoga instructor, it can throw them off the path for lifetime, damaging the student and the tradition.

Instead of taking the usual route to voice their #MeToo stories, a group of women decided to use art as a cry against the atrocities allegedly committed in the name of a spiritual practice by a Yoga teacher, Mohan Palamar, through a comic entitled “The Illustrated Woman’s Guide to Yogabuse” 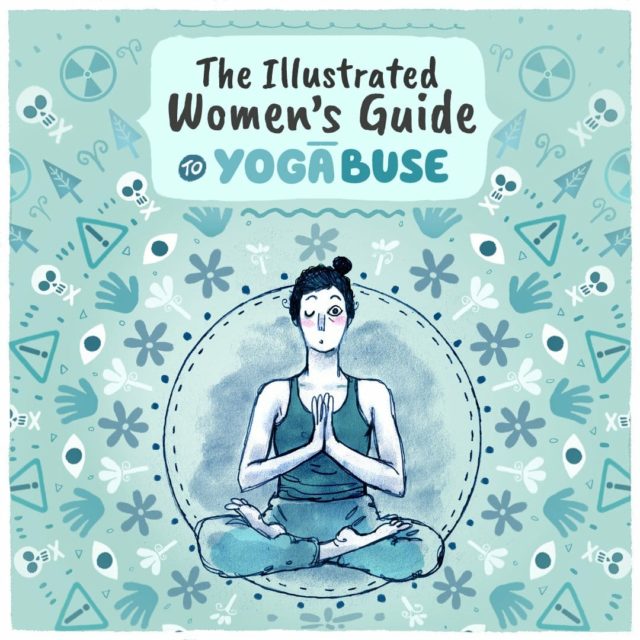 The comic deftly shows how a yoga teacher would indulge in inappropriate touching while giving hand-adjustments and improving their asanas, tragically impacting any student seeking yoga to beat stress.

You Can Also Read:  Where Are Dalit Women, Trans And Non-Binary Folks In the #MeTooIndia Movement?

This comic was shared by the writer Sandhya Menon on twitter while the accused is yet to report to such allegations.

Yoga can become an easy space for physically exploiting students by viable predators as there is the inequity of power aided by a lack of supervision.

Let’s not forget when there is a powerful teacher who tries to make you special while touching you inappropriately and manipulating you into doing things which you wouldn’t approve of your body, a yoga teacher ends up being a cult leader which can be fear-inducing. 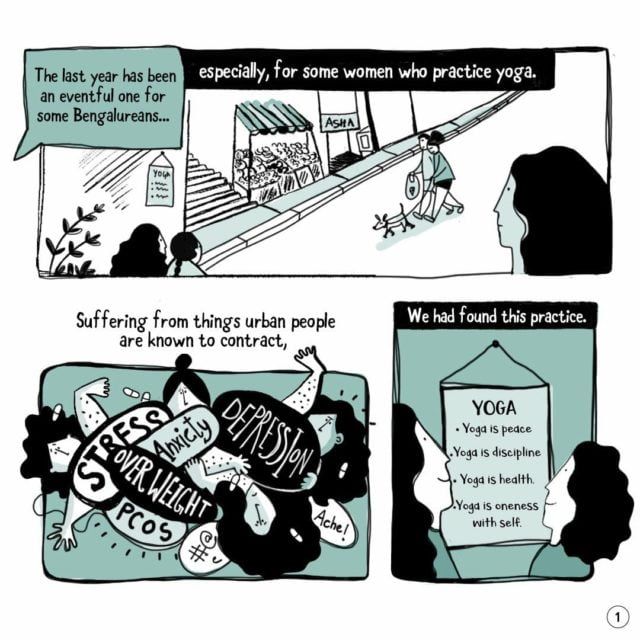 False Sense of Intimacy In A Class Setting 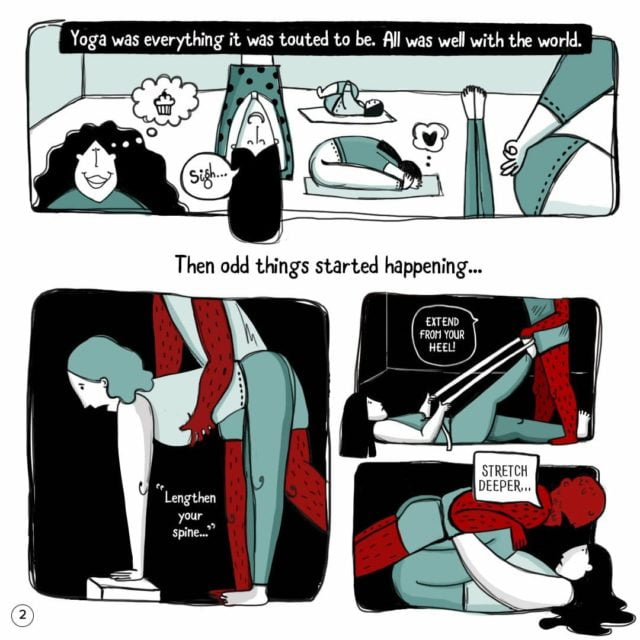 When students are pushed into expressing their personal feelings, this leads to a false sense of intimacy leading to a grey area. This is what the predators prey on by making them easy for boundaries to cross.

What Follows Is Emotional Manipulation And Inappropriate Touching Leading To Assault

A self-styled yoga god creates a cult-like atmosphere where he is in charge of his students with students finding difficult to define and relay such incidents while they are struggling with such “impure thoughts”. 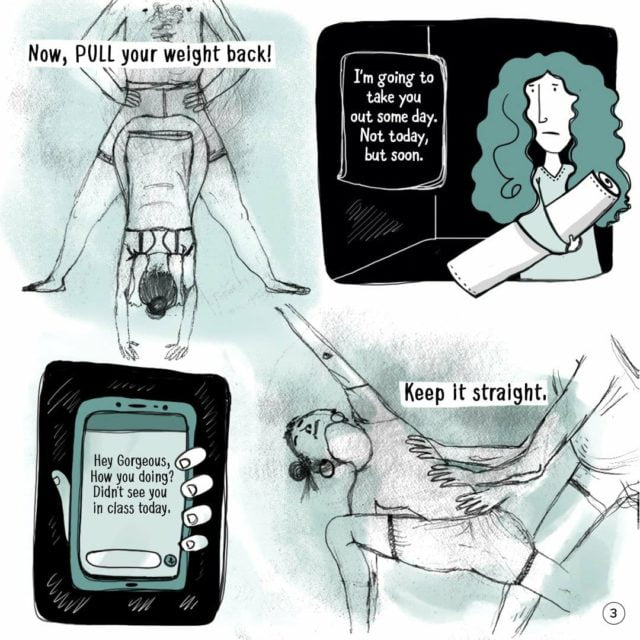 Action must be taken against such perpetrators with yoga teachers undergoing a background check as they are held accountable by a single governing body.

While we try to connect to women having similar accounts of such stories, we need to be clear about the roles and responsibilities of yoga teachers making sure they don’t cross a line.