This lake in India has hundreds of ancient skeletons floating around it. But many questions have been left unanswered. Whose skeletons are these? What killed those people? What brought so many of them to the height of 5,000 meters in the Himalayas?

The Roopkund Lake or the skeleton lake as it is more famously called is situated in Uttarakhand.

Though there have been many assumptions the mystery still remains as to how the people could have died.

The skeletons date back to 850 AD and each year during one month when the snow melts one can see the skeletons clearly visible.

Some bodies have been preserved well in the icy grounds and still have nails, hair and pieces of clothing. A few pieces of glass bangles have also been found by scientists which show that women could have been there too. Also, apart from this; leather shoes, spear, and bamboo staves have been spotted which have been accredited to the pilgrims.

Also Read: Shillong Cherry Blossom Festival Is A Delightful Joy Ride Contrary To The Hype: We LivED it

Watch as we unravel the mystery of the skeleton lake.

Roopkund lake is a beautiful travel spot among the snow clad mountains however it needs immediate attention and protection from the government because there have been instances where these skeletons have been stolen or lost because of which the skeletons in the lake have been reduced to few.

Yes, Protecting Your Life Is Important And So Is Term Insurance 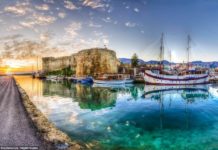