Home Social Opinions Women TTEs Removed From Shatabdi Due To Them Complaining About Long Hours:... 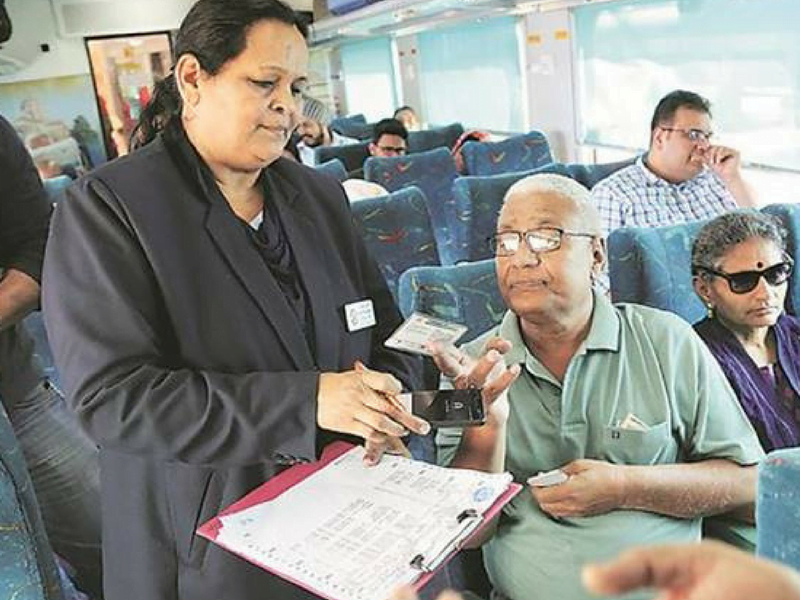 Women TTEs in Shatabdi trains have apparently complained about the long and hectic work hours as a reason for requesting a transfer, a move which has sparked a rather fiery debate about gender equality and employment.

Western Railway, which happens to be one of the busiest networks in India had recently made headlines by bringing in an all-female TTE staff on the Mumbai-Ahmedabad Shatabdi Express, which reportedly saw a 66% hike in earnings in a single day.

This includes the staff traveling from 6:25 a.m. to 9:50 p.m on a route that sees the train going from Mumbai to Ahmedabad and then back to Mumbai, making it a 15-hour shift for the said staff.

Although, it’s fairly understandable that no one wants to work for 15 hours a day but in an era where we consistently talk about wage gaps and equal employment in 3rd world countries like India, repulsion of jobs by citing problematic work hours doesn’t essentially help the cause of the feminists.

Related: Delhi Airport Has Been Rated The Best Airport In The World, We Take A Look At Its Long History

It’s widely acknowledged that any industry pertaining to the ambit of public servicing and hospitality includes gruesome working hours for women, be it handling 20-hour shifts in hospitals or working as part of a cabin crew in international flights.

This makes it all the more reason for the move to looked down upon as rather bizarre, a viewpoint which has been shared by various people including the senior officials in Western Railway.

I think we will have to wait for another decade to see that all ladies have the confidence of doing work which men do routinely.

Another senior official from Western Railways also pitched in on the matter and said:

The staff considered this 16-hour shift very hectic and we received constant complaints for the same. Hence, now they are being deployed on Swaraj Express, which leaves Mumbai at 8 pm and returns at 6 pm curtailing their shift timings to 10 hours.

The issue has been essentially labeled as a roadblock in the fight towards equality, where civilians who have come to know about it have called it as a hypocritical example of feminist values, where women want equal pay and equal jobs but are unwilling to pull the same work hours and do the same amount of work as their male counter-parts do.

People on social media aren’t shy of holding back and here’s one example of it where the comments make it evident that this is not how you should be advocating for feminism: The women TTEs in Shatabdi are just one example of how women are unwilling to put in extra hours on their jobs.

A high-ranking DMRC official (Delhi Metro Rail Corporation) recently revealed that he often gets calls from his female subordinates to not allot them stations such as Rajiv Chowk to work on, given the high footfall that the metro station sees every day because of it being located in central Delhi.

He also revealed that the female employees often ask to be spared from team meetings which have a propensity to run late, citing “reaching home early” as the prime reason.

Be that as it may, change is something that needs to be dynamic rather than being brought about at the expense of another gender’s rights.

The women TTEs in Shatabdi may complain about their work hours but if you dive a little deeper, it was only in February that Jaipur’s Gandhi Nagar railway station became India’s first to have an all-female staff.

So if the women there aren’t afraid to pull off some extra work hours, it gives the current complainers no right to essentially make hectic work hours an issue.

But hey, before we give out extreme judgments, we still leave a window for a conflicting opinion and we shall update the story as it develops and reveal further insight about the situation.

Till then, fasten your seat-belts and enjoy the ride.

Modern Feminism Is Only For Rich People, It’s The Poor Who Actually Suffer