Home Politics Will We Witness The Rebellion Of The Opposition Parties As TMC Ministers... 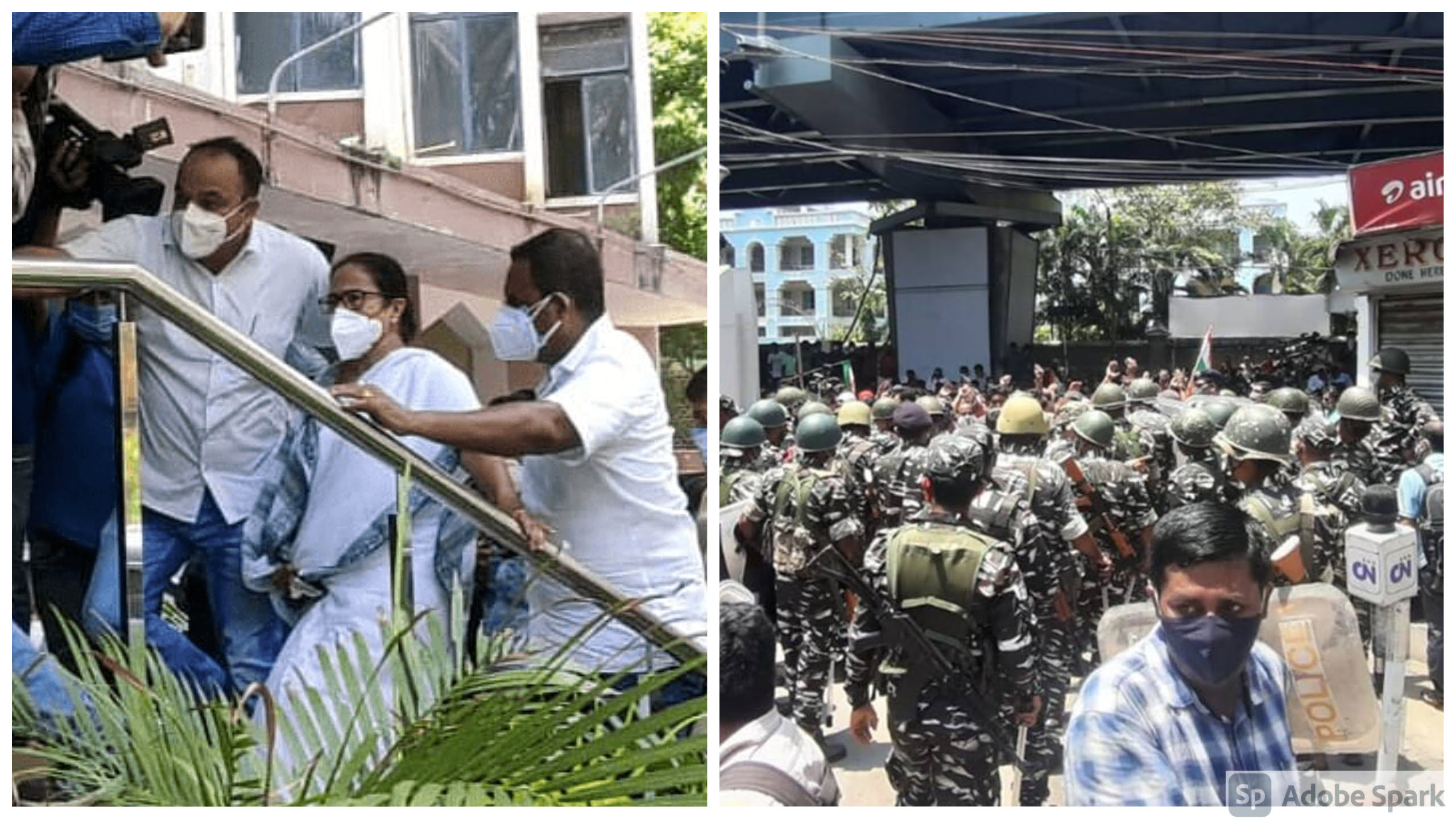 Monday marked a rather happening day as we skimmed through the headlines, as four ministers from the Trinamool Congress were taken into judicial custody by the CBI.

The Central Bureau of Investigation had chosen to stay mum through the course of what had happened half a decade ago, and the Centre had not stirred a smidge.

Coupled with that, the sudden attraction towards Bengal by the Centre has been brought under terrific doubt by the entirety of the Opposition conglomeration.

Although the four ministers have been bailed, the general consensus concerning the Centre’s objectives seems as doubtful as ever.

Leaders of Opposition parties have posed the same question to the government, sensing the most heinous of undertones. However, to deliberate further, the reason for their arrest must be elaborated further.

Trinamool Congress have been no strangers to controversy. With every other year, they smother and cuddle with controversial happenings and the extent of their power. However, no action as such was taken against party members during the course of these offences.

Thus, having reiterated the murky history of TMC’s operations, we shall delve further into what is termed as a rather shameful act of bribery and an awesome act of journalism, at the same time.

The Narada Bribery Scam, or more affectionately referred to as the Narada Sting operation. The sting tapes showcase twelve TMC members, alongside an IPS officer accepting bribes from a fictitious company in return for favours.

The tapes had been allegedly shot in 2014, however, they were released in 2016, just before the Vidhan Sabha elections.

Initiated by the Mathew Samuel owned Narada News, the tapes had caught on camera prominent ministers such as –

Alongside these ministers, senior police officer, MH Ahmed Mirza, was also caught on camera and was also the first person to be arrested during the case’s preliminary investigations.

Former TMC members such as Mukul Ray and Suvendu Adhikari were also present in these tapes. After the tapes’ leak, Mukul Ray, subsequently and suspiciously joined with the BJP.

Upon the tape’s release, the Calcutta High Court had ordered the CBI to initiate a preliminary, unbiased probe into the entire incident, on the pretext of a PIL.

The HC also advised the CBI to file FIRs against any of the accused, if the need arose to do so. The entirety of the probe led to the first arrest in 2019 with Ahmed Mirza’s incrimination.

Even after this damning instance of Trinamool playing with the public’s trust, TMC managed to secure the two-thirds majority quorum of the legislative assembly with 211 seats.

Stating that they just secured two-thirds of the majority would be a disservice to their astounding performance as they ran away with the victory. Yet, it did boggle us all then. Maybe that’s what the narrative of lesser evil refers to, it just doesn’t make sense.

Jagdeep Dhankhar, the Governor of West Bengal, as it turns out and to no surprise of anyone, has been seen time and again playing the tunes of the incumbent Central government.

Maybe it is for the prized and coveted Rajya Sabha seats that we always felt were reserved for Supreme Court judges after retirement.

Also Read: How Serious Are Talks Of West Bengal Coming Under The President’s Rule?

The initial investigation in itself has brought about a few names in front of the public, resulting in the imprisonment of few, alongside, a few being made to pay a hefty fine.

However, as things turned out, it was swept over and done away with, until the moment the BJP lost their face in the Bengal elections.

The Governor had, in this scenario, again chose to flout governing norms as he gave the green light to the CBI, as they sought to bypass the Speaker of the legislature’s verdict.

According to constitutional norms, the Governor cannot sanction a probe into a minister’s conduct unless consulted or sanctioned by the Speaker, themselves. However, as is reality, there exists no cause or sense to legality.

The speaker of the Vidhan Sabha has gone on to state;

“I do not know for what unknown reason they went to the governor and sought his sanction. The chair of the speaker was not vacant at that time, I was very much in office… This sanction is absolutely illegal and arresting anyone on the basis of this sanction is also illegal.”

The Opposition Is Fuming And The Centre Needs To Save Face

The entire fiasco has succeeded in shining a rather bright light into the legitimacy of numerous actions of the Centre, as it resurrects the clandestine clash of the legislative with the judiciary.

Numerous parties have shed light upon the strange timing of the entire fiasco, with Mamata Banerjee, in rampant exasperated fervour, stated, “You have to arrest me if you arrest my officials.”

Firhad Hakim has gone on record to state that he will challenge his unforeseen arrest in court, owing to the suddenness and the provocative manner of the CBI interference.

Coupled with that, TMC spokesperson, Kunal Ghosh, was unhindered by his choice of words as he blatantly said;

“The BJP is still not able to accept defeat in the polls after having made an all-out attempt to win… This is a reprehensible act at a time when the state is fighting the Covid situation, they are trying to create disturbances in such a manner.”

It is no mere statement to state that the Centre is now treading extremely thin ice and it grows thinner still with Rahul Gandhi agitating against the Delhi Police’s recent misdemeanour.

Suffice to say, Indian politics is back to square one as it gets murkier still and the only way one can be guaranteed a clean slate is by joining the ranks of the saffron party. Here’s looking at you Mukul Ray and Suvendu.

Forget Bollywood, Indian Politics Encourages Nepotism Like No Other Profession