With only nine days left to make preparations for the D-day, the Delhi election campaigning season is at its peak.

Ever since the announcement of the election date for Delhi’s seat, the national capital is witnessing a huge political outburst from major political parties.

What is supposedly said to be a three-dimensional political battle between AAP, BJP and Congress is looking like a one on one between AAP and BJP on the upfront, considering the dumb show put up by Congress so far.

Congress Is In Sleep Mode

While the Aam Aadmi Party and BJP are making a strong presence by canvassing for the elections to be held on 8 February 2020, Congress seems to be in sleep mode at such a crucial time. 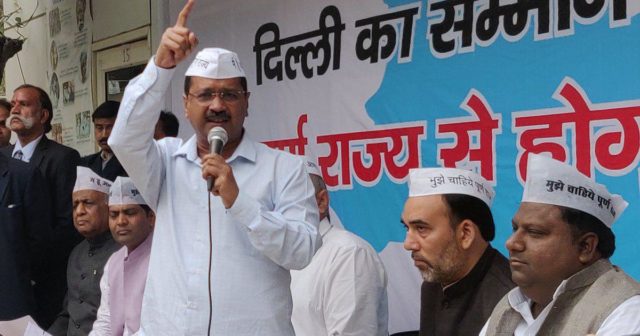 Be it Arvind Kejriwal stealing the limelight by his clever marketing strategies luring in the educated crowd or BJP’s Anurag Thakur getting all the negative attention for his outrageous speeches to influence the bigots; both BJP and AAP are in a nail-biting campaigning competition while Congress is totally out of the show.

After ruling the national capital for 15 years and losing it to a newly existing party in 2013, Congress was expected to make a grand comeback in Delhi politics after a long break.

Contrary to our expectations, the Gandhi led party hasn’t made any such move to revive our belief of a Congress-ruled Delhi.

It’s not just about the campaigns but on taking a closer look at the candidates’ list released by the Congress, we were surprised to see that around 20 constituencies have candidates who are not a familiar face in the political arena but were still ticketed due to their family name.

Be it Babarpur candidate Anveeksha Jain who is a novice in politics or Pradeep Kumar Pandey, JS Nayol who have never won a single election, all of them were given a green flag due to the party’s desperate urge to put up ‘decent candidates’.

Reports say that even the district unit of Congress was disappointed and shocked by the party’s choice of candidates.

Let me ask you: Do You Know Congress’ CM Candidate For Delhi?

Is Internal Conflict The Reason For Congress’ Disappearance From Campaigning?

A lot of speculations have been revolving around the slow progress shown by the party for upcoming elections. 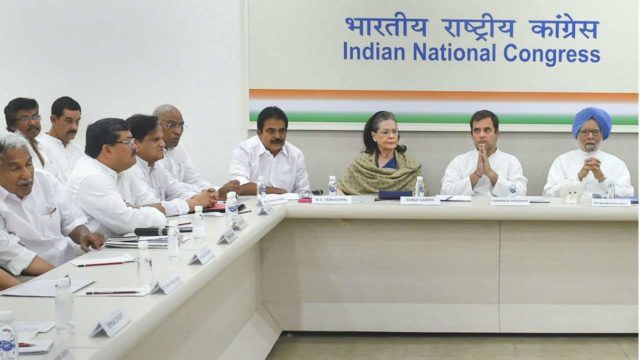 Hierarchical pressure and weak organisational plans are expected to be the most justified reason for Congress’ absence.

Experts say that the party’s slow show is due to a major communication gap between the planners and the star campaigners. The unavailability of these big leaders and a lack of coordination amidst the party people is the reason why Congress is not able to make it a grand show in Delhi.

However, the party’s in-charge of the Delhi Congress, PC Chacko (who?!) denies all these claims of slow work progress and assures that the party’s campaigning program is just on the track.

He says that big-names including Rahul Gandhi, Sonia Gandhi, Priyanka Gandhi will be on the show during the last days of the campaign to make long-lasting impact on the public and steal the limelight when necessary.

(Why on last day few days? Even now, nine days of work is too much for the prince and princess?)

Chacko also mentions that the party’s campaign plan for Delhi has been going on in “a systematic way through candidate-centric canvassing.”

Adding to this he says, “Right now, our candidates and workers are going door-to-door in the constituencies. We are also forming committees, deputing workers and assigning them works at booth level.”

Although the party in-charge and authorities are seemingly satisfied with Congress’ approach in Delhi politics, we doubt if it’s enough. I mean as public, we have no memory of these guys. We don’t know the agendas they are fighting on, what they plan to do in Delhi, who their known faces are…nothing!

So far, Priyanka Gandhi Vadra has conducted just one rally while Rahul and Sonia are yet to make their presence on the battlefield.

The party has clearly not shown any robust plan of action for Delhi’s governance and is heavily relying on the contribution done by Sheila Dixit who ruled the capital for 15 years and gave the city a new face for their vote bank.

I mean that’s what the radio ads keep telling us. Congress seems to have conceded defeat already it seems, with no on ground action. The only Congress word you can hear is on the radio, with the ads boasting of the erstwhile Sheila Dixit government and work. But wasn’t that almost 6 years back? 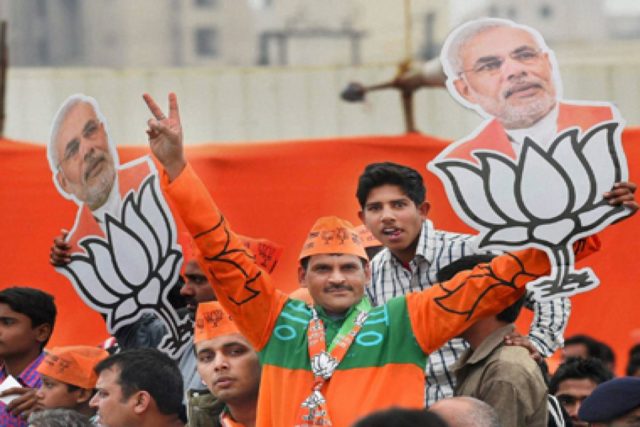 Whereas Arvind Kejriwal has alone set the city on fire and the only opposition he faces is seemingly the Bhartiya Janta Party whose prominent leaders are going on-ground since Day 1.

Amidst all the ongoing chaos in the country, Delhi elections are turning to be a hotbed for political propagandas and desperation for power.

It is anticipated that AAP will do good in this political game. Learning from the same, BJP is leaving no stone unturned to bend the situation in their favor, taking to divisive politics, polarisation, hindu muslim agendas and gunda-goli games.

While Congress and AAP are targeting a similar vote base, there’s a possibility for both the parties to cut out on each other’s vote which might consequently lead to BJP into stealing the show.

Whatever be the scenario, it’s crucial for Congress to take control and change its part-time politics plan before its grand old party name gets lost in history. It’s already seeming extinct.