Even though popular toy manufacturer Mattel brought Barbie into all our lives, they’ve quite frequently been under fire for not being diverse enough. Their new collection that specifically features a ‘vitiligo Barbie’ is here just to shatter those notions.

Mattel, in an attempt to be more inclusive and representative, has included a doll with no hair, along with its vitiligo Barbie. Let’s take a closer look at this new Fashionistas collection.

The new Fashionistas collection is by and far the most diverse in terms of the dolls’ appearances. In fact, the line also has a Ken doll with long hair that ends right above the shoulders.

The highlight of the collection is undoubtedly the vitiligo Barbie, showcasing the condition that causes pigmentation loss in the skin. This creates white patches on the body that are in stark contrast to the person’s actual skin tone. 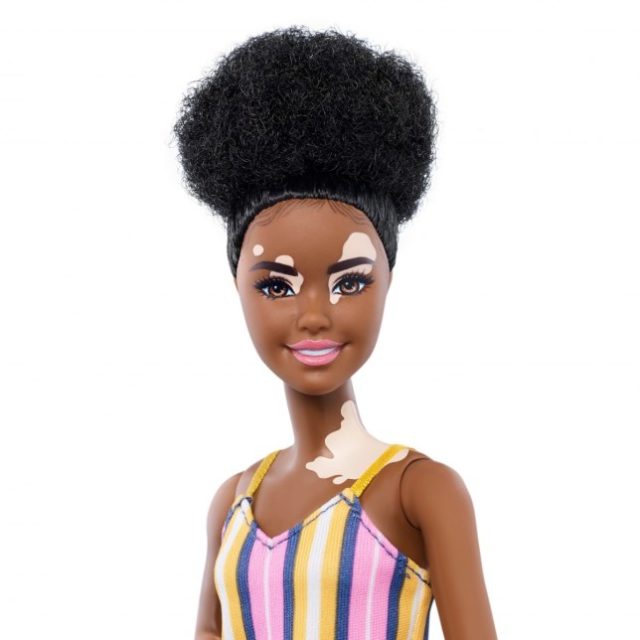 Mattel was so particular about accurately representing the condition that they had approached a dermatologist to assist them with the doll’s design.

The collection also features a doll with no hair so that any girl who’s ever experienced any form of hair loss can ‘see herself reflected in the line.’ 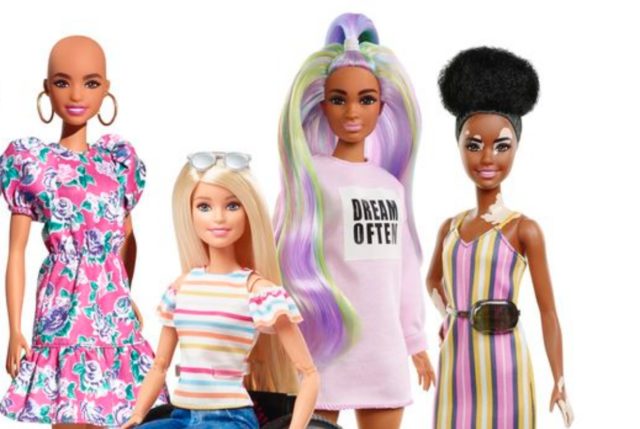 Mattel has also introduced a second doll that uses a prosthetic limb (the first appearing in their 2019 line-up) and features a darker skin tone.

Inclusivity Is The Way Forward

This isn’t the first time that Mattel has brought out dolls that are so diverse. Their 2019 Fashionistas collection included dolls with permanent disabilities, thus introducing their first Barbie with a prosthetic limb. For this, they’d sought the help of 12 year old Jordan Reeves who is the co-founder of ‘Born Just Right,’ a non-profit aimed at helping ‘kids born with differences’.

All these changes came after Mattel was put through a lot of criticism for promoting unrealistic standards of beauty for a very long time. I myself can’t remember seeing a Barbie without a pale white skin tone, and a slender body shape.

Also Read: Back In Time: The Iconic Barbie Doll Was Born 60 Years Ago Today

This indeed paved the way for many distorted ideals about how a woman, or worse, a little girl must look in order to be considered ‘beautiful’. This lack of adequate representation fuelled the backlash directed towards Mattel.

Subsequently, the brand set out to redeem itself by including not just dolls of various skin, hair, and body types, but by also including dolls with a wide range of backgrounds. The ‘You Can Be Anything’ collection was unveiled with exactly that idea in mind.

A Doll For Literally Everyone

Mattel believes that their Barbie Fashionistas line has grown over the years to be more reflective of the world that ‘girls see around them’. They intend to showcase a ‘multi-dimensional view of beauty and fashion’.

Of course one cannot ignore the business side of these creations as well. As it turns out, the most diverse dolls, featuring darker skin tones and curlier hair were the ones which had fetched in the most business for the brand in the past few years.

Yet, we cannot help but smile at how such changes are being embraced not just by these producers, but also by the consumers, indicating a great shift from the conventional notions of beauty and womanhood.

Now that ideas for gender neutral dolls are also being included in their line-ups, we can be rest assured that there will be a Barbie for everyone to enjoy!

Inclusion in the real world is important, but so is inclusion in the world of fun and fantasy. Mattel has realized that, and hopefully, many others would follow.

Here’s to embracing diversity and representation!

Dolls That You Don’t Find Everyday