The internet is being frenzied with demands to declare 9th August as a national holiday. Netizens are calling for the Prime Minister to fulfill their demands and dedicate the day to the tribes of the subcontinent.

Every year 9th August is celebrated as the International Day of the World’s Indigenous People, spreading awareness about them and protection for their way of living.

There are so many diverse tribal communities in India and the public wants to acknowledge their distinctiveness and unique ways in which they contribute to the ecology and environment.

Tribal or indigenous communities have often been ignored and excluded from the mainstream public. No heed has been paid to their demands and they were pushed to the sidelines.

Significance of the day 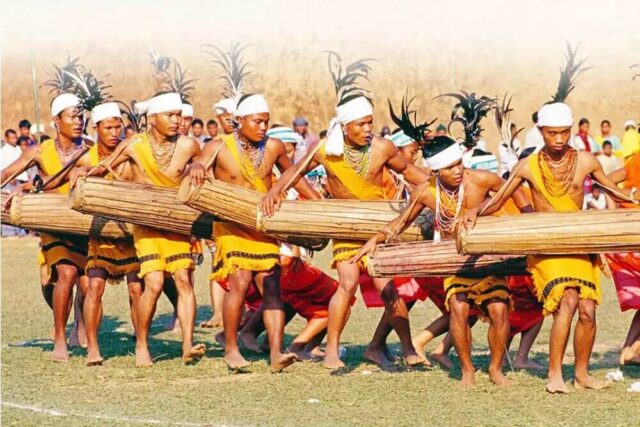 The demands for recognizing a day for tribal communities is not so recent, it has been ongoing for years now.

Indigenous people have been struggling not just in India but in many other regions to keep their unique customs, culture, faith, languages and other practices alive.

They have become a vulnerable community in the rapidly-industrializing age. Majority of the public lacks knowledge about the communities and their way of living is depleting in many parts of the world, including the Indian subcontinent.

Devoting a day to the vulnerable community will increase consciousness amongst the public regarding indigenous communities.

Read More: The Reason Why The Sentinelese Andaman Tribe Is So Hostile And Isolated Is This Creepy Britisher

Connection of the tribal community with environment protection 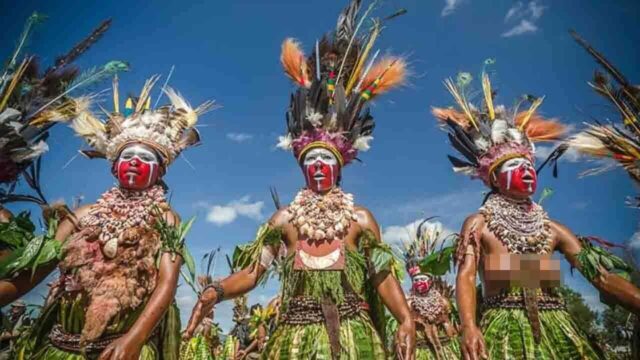 The issue of protection of tribal communities is also closely linked with environmental protection. Most indigenous communities live in an interdependent and symbiotic relationship with the environment.

They believe that the environment is a divine blessing bestowed upon them and they need to protect it as their “mother“. Their way of living has benefitted nature much more than urban activism has.

They bond with nature as a giver and protector, which makes up a huge part of their lives.

The surge in demand for the national holiday

While the demand was made ages ago, a wave with full force has taken over the internet right now. Many people are expressing different concerns and reasons through social media for the recognition of the day.

Some consider it as a way to improve the nation, some are just defending their way of living, some want to spread awareness and some just want to enhance the status and recognition given to the tribes in our country.

After the Rajasthan Government declared a holiday for the entire state as per the constant demands from representatives of the Tribal Forum of the state, the demands increased nationwide.

Chief Minister Ashok Gehlot has fulfilled a long-standing demand for the tribal day, even amidst a political crisis in the state.

Netizens express their concerns through “#9_August_National_Holiday”

Take a look at the tweets and reactions by people from all over the nation requesting the Prime Minister to declare a national holiday. 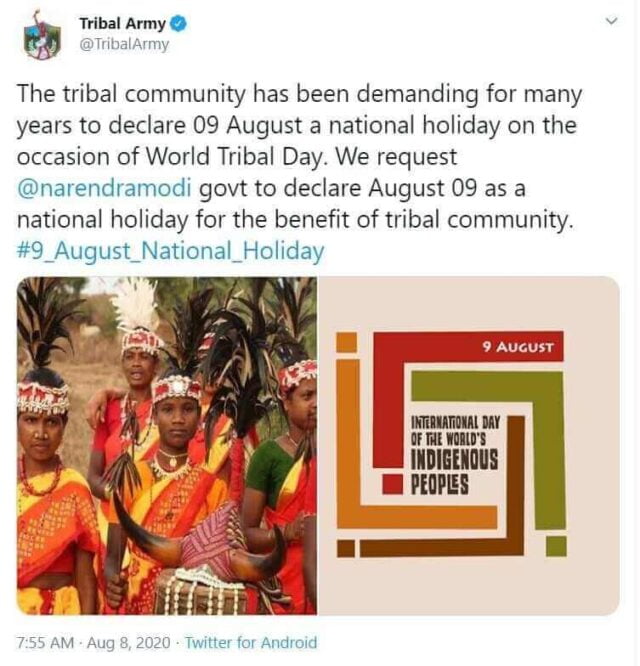 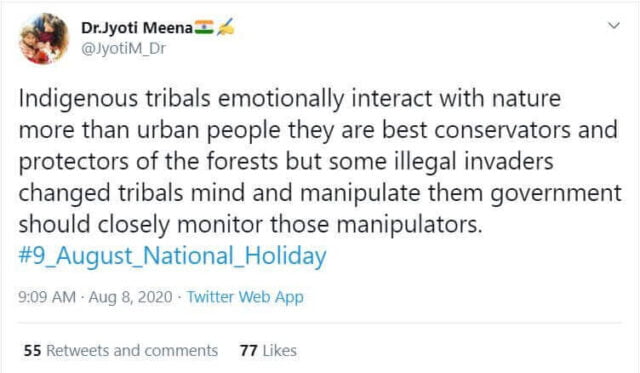 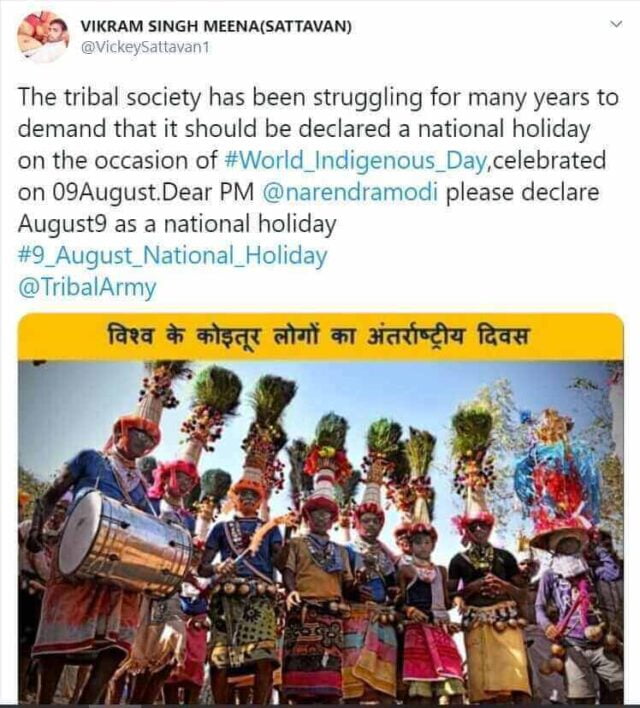 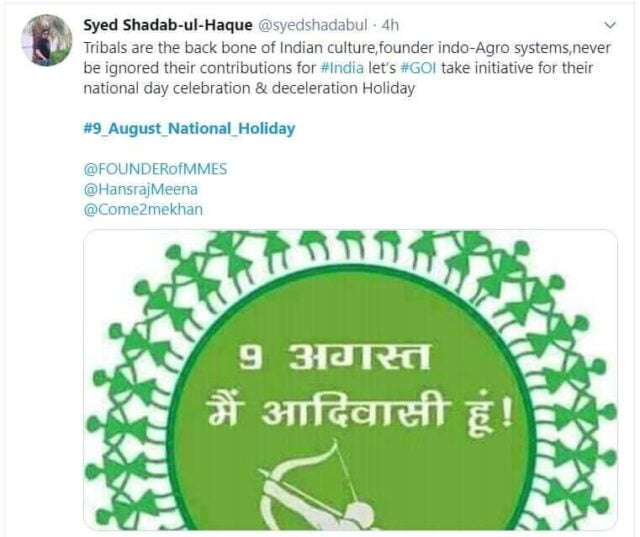 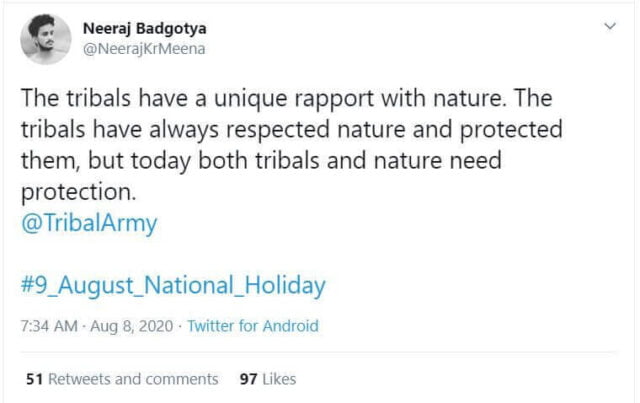 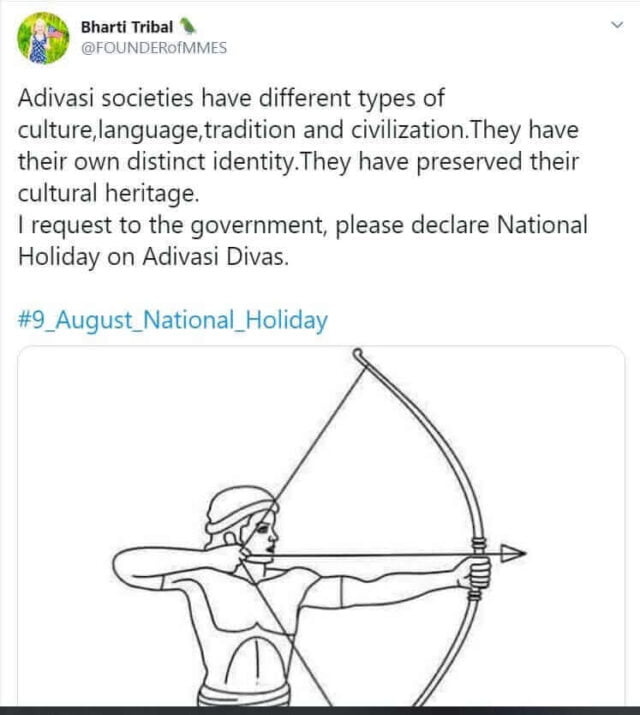 No statements have been given by the Central Government or the Prime Minister until now. The public is getting more and more emotional about the need to declare the holiday.

Whether the government declares a holiday or not, what’s noteworthy is how so many people are engaging in active conversation about the need for recognition of the sidelined community that it is bound to spread awareness among many more people who might have been ignorant previously.