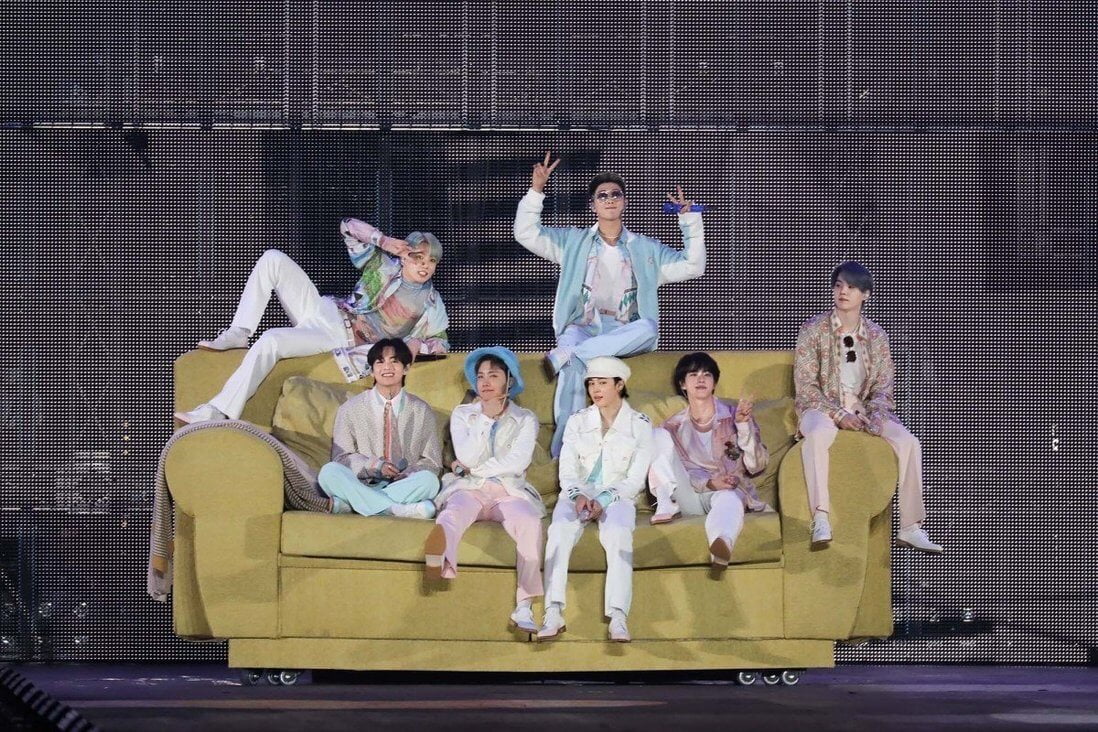 No matter how loved a person, group, company or organisation might be, there are always those times when certain decisions they take confuse and anger people.

Something similar has happened with BTS’ parent company HYBE, after they announced that they would be getting into NFTs, or Non-fungible tokens. Fans as soon as they heard of this, got furious because of the many harmful impacts that NFTs are said to be making to the environment.

As loved as BTS are for their music, their messages and things they propagate are even more important to their fans. And sustainable development, being environmentally conscious and such are messages that fans have taken to heart after being promoted by BTS members.

This decision by their company to venture into making NTFs, however, has pissed off a lot of people online.

BTS Getting Into NFTs?

On November 4th, HYBE posted an business briefing that they do annually. In these videos that cross into hour marks sometimes, they go over their future business plans as a way to keep the audience and fans engaged and aware of upcoming moves.

During this, they announced that they would be entering into a joint venture with Dunamu, the largest South Korean cryptocurrency operator for creating NFTs.

They said, “We will establish a joint venture with Dunamu in the United States to develop a platform where various NFTs based on artistes’ IP (intellectual property) rights are traded.”

As per reports, Hybe is going to be buying around 2.5% of stake in Dunamu for an amount of 500 billion won while Dunamu itself will be buying $592.4 million worth of stake around 5.6% in Hybe.

Hybe is then going to be working with Upbit, a cryptocurrency exchange under Dunamu to create NFT photocards that will be sold on Hybe’s Weverse app. Among these will be BTS NFT photocards including moving images, voice recordings of artists and more and eventually the company will release such NFTs of their other groups too.

It did not take long for fans and netizens to put out exactly what they thought about this move online.

Read More: Why Did Bang Si-hyuk, The Man Who Gave Us BTS, Resign From HYBE’s CEO Position?

Some fans did come across the fact that the organisation HYBE was partnering up with is allegedly into more green NFTs.

Some also commented that as a business it makes sense that HYBE would venture into the NFT sector, considering it is the new buzz word and they as a company probably don’t want to be left behind in the race.

HYBE is not the first K-pop company to get into this either, since JYP Entertainment also announced their partnership with Dunamu in July this year to create K-pop focused NFT platform and SM Entertainment had announced back in 2019 about their plans to create a cryptocurrency and blockchain platform.

K-pop is also not the only music industry to be taking part in NFTs, instead it is the music industry as a whole that is slowly getting into it. In June Grammy-award winning musician and producer André Anjos had spoken about getting into NFTs. Considering the millions that certain artists are making from this area, Christie’s sold an NFT by digital artist Beeple for a whopping $69.3 million, and the iconic Doge meme got sold for $4 million, it makes sense why artists would want to see how to make profits from this area.

Kim Shiho, a professor at Yonsei University’s school of integrated technology also said that it makes sense why Hybe would take part in this, “BTS has a wide fan base across the globe, and I think it’s the right time for them to do it. While it’s hard to know whether they will use the blockchain technology to protect the copyright of their work or use it to create a new business model, there are so much that they can do with it and generate profit.”

But the thing concerning a lot of people is the environmental impact that NFTs are creating and the amount of energy they use.

As stated by a New York Times report, Chris Precht, an Austrian architect and artist has talked about the extremely harmful impact NFTs can create on the environment. According to him, the amount of electricity used to sell 300 NFTs, 100 each of 3 particular art pieces is the same that an average European would use in at least 20 years.

The greenhouse emissions and carbon footprints that are created by these NFTs and the energy required to run the heavy-duty systems that would be storing all the NFT data and would have to run constantly 24×7 is too insurmountable to go unnoticed.

Reports and experts have stated how whole towns and states could run on the same amount of electricity for years that is used for a few NFTs.

This Meme Costs 4 Million Dollars In The Digital Market: Why And How?