Ayushmann Khurrana has become a household name today. This is a testament to how one can taste success by weaving something new into the fabric of that which is deemed acceptable and imaginable.

In 2004, he won the reality television show MTV Roadies and went on to anchor various TV shows thereafter. 8 years later, he made his Hindi film debut with Vicky Donor, in which his performance as a sperm donor earned him the Best Male Debut Award from Filmfare.

He overcame a brief setback in terms of box office and chose movies which were set in the heartland of India. Most of his movies have addressed issues that common people face and yet, would rather not talk about.

However, the reason they have been able to strike a chord with the audiences and critics is that they treat unconventional subjects in a light-hearted manner and hence, offer wholesome entertainment to family audiences.

“It’s a default setting for me to choose novel content. I’m always known for middle-of-the-road cinema, where there is a collaboration of critical and commercial success. It’s also my intuition,”

Apart from acting, he has sung in some of his films and got appreciated for that, too.

Also Read: In Pics: Why Ayushmann Khurrana Is Better Than A Salman Or Aamir Khan

To my mind, his portrayal of ordinary men who deal with extraordinary situations that society likes to brush under the carpet has helped him create a brand of cinema that is unique to him.

Here are the movies through which he has been able to carve out a niche for himself.

It beautifully sums up his journey so far and how he felt when he bagged the National Film Award for Best Actor for the movie Andhadhun, alongside Vicky Kaushal for Uri. 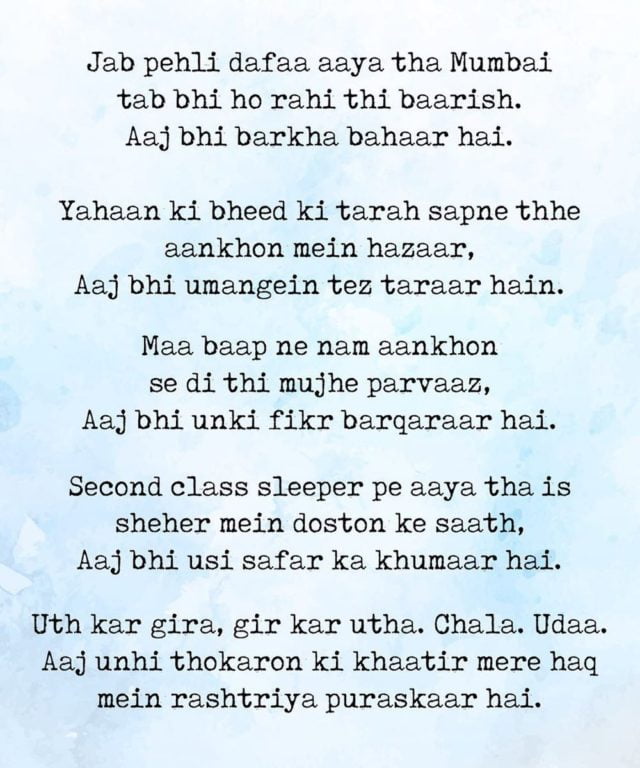