The sun rises in the morning and sets in the evening in a day under normal conditions. But, do you know there are some places on earth where the sun does not go down even during night time. These regions experience sunlight straight for 24 hours without a break.

This phenomenon when sunset doesn’t take place is known as ‘The Midnight Sun’.

Watch: These Places Have Claimed To Become The Eighth Wonder Of The World

This occurs naturally in the summer season in the North of Arctic Circle and South of the Antarctic Circle. While the opposite phenomenon called ‘Polar Night’ takes place in winters when the sun does not rise and remains below the horizon.

Let’s have a look at some of these places across the world where the sun does not go down in this video:

In Pics: 6 Places Named After Popular Indians Across The World 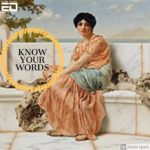