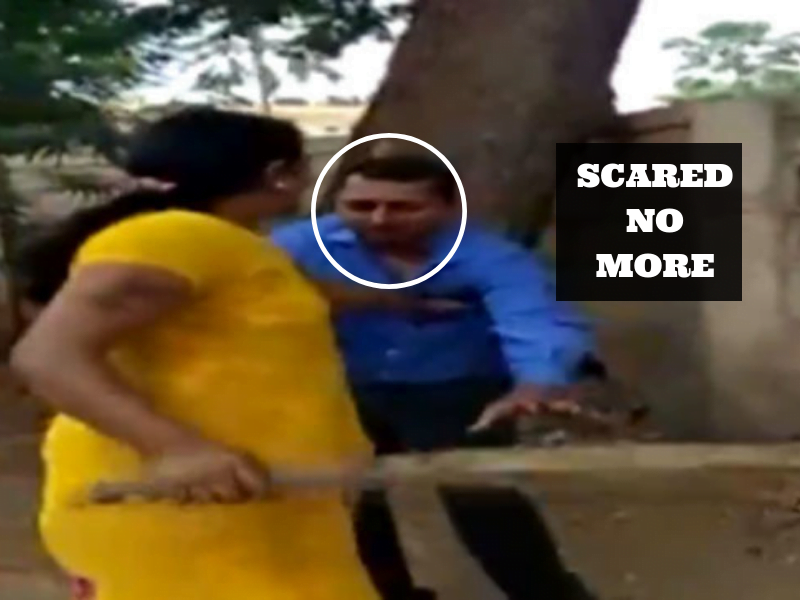 Amidst all the #MeToo allegations against powerful men, a woman has lead by example when she beat up a manager when he allegedly asked for sexual favours from her.

The video titled ‘woman beats manager’ is doing rounds on social media and we cannot be more proud!

According to reports on various news channels, the woman who beat up the manager had come to get a loan sanctioned from the Dewan Housing Finance Davanagere district branch in Karnataka.

The manager named Devaiah allegedly promised to help her. He has been reported to have agreed to process her application despite her poor financial condition. The manager, however, asked to sanction the loan on one condition.

When the woman inquired what the condition was, she was shocked to hear that the manager wanted sexual favours from her in return.

Yes, the incident is from Monday i.e. 15th October, 2018 and happened right in the middle of the entire #MeToo rage on social media. 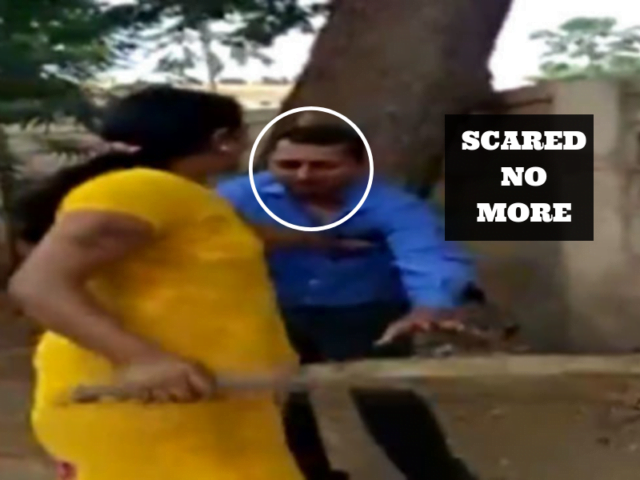 Also, read: Delhi University’s Debating Circuit and MUN Circuit Are Having Their Own #MeToo Movement

What followed was beyond everyone’s imagination. On a regular working day in a financial loan company, in the middle of a good number of customers, the woman started thrashing the manager mercilessly without caring about any consequences!

If the reports on different news channels are to be believed, the woman gave the manager zero seconds to process what happened and by the time he could be in his senses, he was in all colours of black and blue.

The incident was recorded by the locals on their phones and uploaded on social media handles, since then the video has been going viral on all social media platforms.

In my opinion, this is exactly how we should proceed from now on. This incident is a shining warning for all the influential people with enormous money and lakhs of followers who questioned the #MeToo movement and the victims on why they didn’t report the incidents as and when they happened.

It’s a signal that women aren’t keeping quiet anymore and definitely not afraid of calling out problematic men in the system. The incident gives out a message loud and clear: every action will now have a consequence! Nobody is getting away with harassing anymore!

Powerful Men Whose Careers Are Destroyed By #MeToo Disclosures